SHELTER IN PLACE
By David Leavitt

It’s late 2016, and Eva Lindquist is distraught. The chilly, exacting Upper West Side socialite has gathered a circle of sycophants at her Connecticut country house to witness her gnashing her veneers over the recent election of Donald Trump. Swirling her glass of wine, she remains puzzled and furious at the blithe acceptance of this apocalyptic event by her feckless husband, Bruce, a wealth manager, and her standard-issue Manhattan leisure-class coterie: the bickering artsy couple, the hanger-on magazine editor with no money, the diffident gay decorator. (All of the women seem to be some derivative of Iris Apfel.)

Eva is the kind of perennially aggrieved cosmopolitan who in movies is depicted aggressively slapping on body lotion before bed. Even as she cows the members of her social set, she remains the sun around which they orbit; her friends spend all of their time talking either to her or about her. She’s a tabula rasa, taut as piano wire as she tosses out withering rejoinders like beads at Mardi Gras. But she is also prescient, warning that Trump will manipulate the media to rip the country to shreds, even as her privileged petting zoo shrugs off all the doom and gloom.

“The news isn’t news anymore,” she laments, “it’s just pompous opinionating, the purpose of which is to keep us anxious, because these people … know that as long as they can keep us anxious, as long as they dangle the carrot of consolation in front of us, they’ve got us hooked. They’re no different than the French papers in 1940, just more sophisticated. And more venal.” 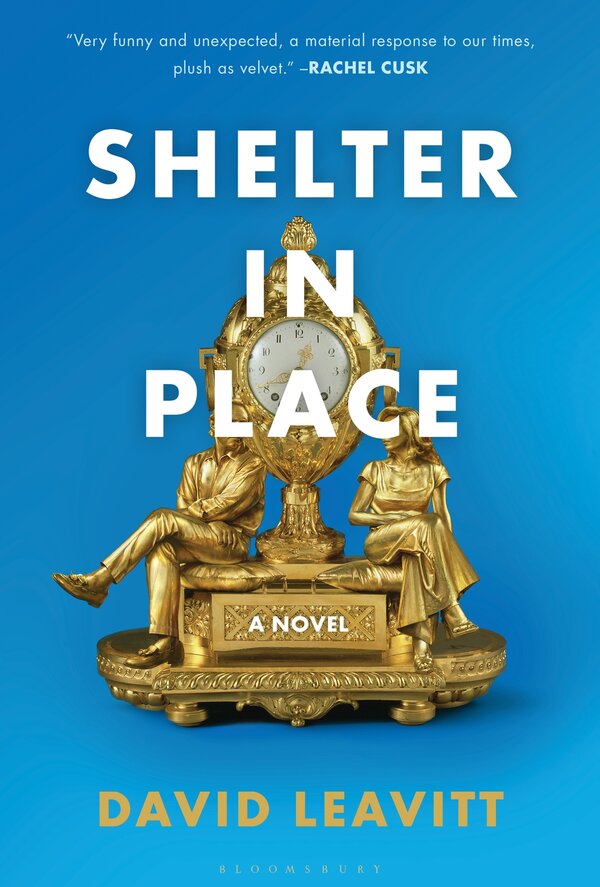 Determined not to be caught behind enemy lines, she impulsively buys a grand but tattered apartment in Venice. It’s a decision that will fling the lives of her self-involved cabal hither and thither, like raindrops being shaken off an umbrella.

There is an art to writing about unlikable people while still engaging the reader to invest in their indulgence, vanity and, yes, happiness. Tracking the fallout wrought by Eva’s acquisition, Leavitt unfurls a droll drawing-room pastiche that evokes la dolce vita as “Seinfeld” episode. His boorish elites argue over the altruism of Barbara Kingsolver, whether Jean Rhys would have been anything without Ford Madox Ford, and the true symbolism of the pussy hat, all while dropping words like “ouroboros” and “concupiscence” in everyday conversation. It’s Aaron Sorkin on steroids. And surprisingly compelling.

Leavitt has claimed John Cheever and Grace Paley as influences, and it shows here: His dissection of the pampered New Yorkers’ reaction to Trump’s election, which they treat as a personal affront, is lethal and also kookily endearing. These poor rich people, wringing their hands at a country they no longer recognize, when what they’re truly mourning is the death of their own relevance. You can almost hear Elaine Stritch warbling “The Ladies Who Lunch” in the next apartment.

At one point, Aaron, a bitter, unemployed editor in Eva’s circle of faux bonhomie, tries to look at the bright side of the election. “When writers start to feel oppressed again,” he says, “they’ll start to write books worth reading instead of all of that idiotic upper-middle-class self-absorbed liberal navel-gazing crap we got when Obama was president.” Leavitt, cleverly crafting a New Yorker cartoon in words, proves there is still some navel-gazing worth reading. His autopsy of the current liberal ennui is not particularly trenchant or surprising, but it’s certainly amusing. And in this ghastly year, can’t we all use more of that?