A recent study warns that 500 species of land animals face extinction over the next two decades, while another predicts that climate change may wipe out a third of the world’s variety of freshwater fish. As Michelle Nijhuis writes in “Beloved Beasts,” news of this existential threat reaches most of us as “a jumble of tragedies and emergencies.” Through a series of richly drawn biographical portraits, she introduces us to the men and women who have been working for more than a century to rescue endangered species from extinction. They are a sometimes flawed but fascinating group — sportsmen, bird lovers, zoologists and activists. Without their efforts, our bad situation would be so much worse.

While some early naturalists found evidence in the fossil record of animals becoming extinct, until the 19th century most observers considered extinction a physical and even theological impossibility. Overhunting and extermination campaigns had clearly caused micro-extinctions, and there were animal populations that scattered before the advance of human settlement. But the destruction of an entire species was unthinkable, a smashed window in the mansion of God’s perfect design.

By the mid-19th century, however, humanity’s power to vandalize creation could no longer be denied, nowhere more clearly than in the decimation of America’s vast bison herds. In 1874, Congress tried to curb this slaughter, but President Grant vetoed the bill, supporting the military strategy of pacifying the Plains tribes by destroying this foundation of their economy and culture.

A decade later, when the Smithsonian zoologist and chief taxidermist William Temple Hornaday surveyed the museum’s collection he found no good examples of the American bison. While he was planning an expedition to harvest specimens, his Western correspondents informed him there were only a few hundred left, and they were disappearing fast. After weeks of searching in the Montana Territory, Hornaday found and shot 20 of them. “I am really ashamed to confess it,” he later admitted. By his estimation, he had just killed a tenth of all the bison remaining from the herds that had once numbered from 20 million to 30 million. 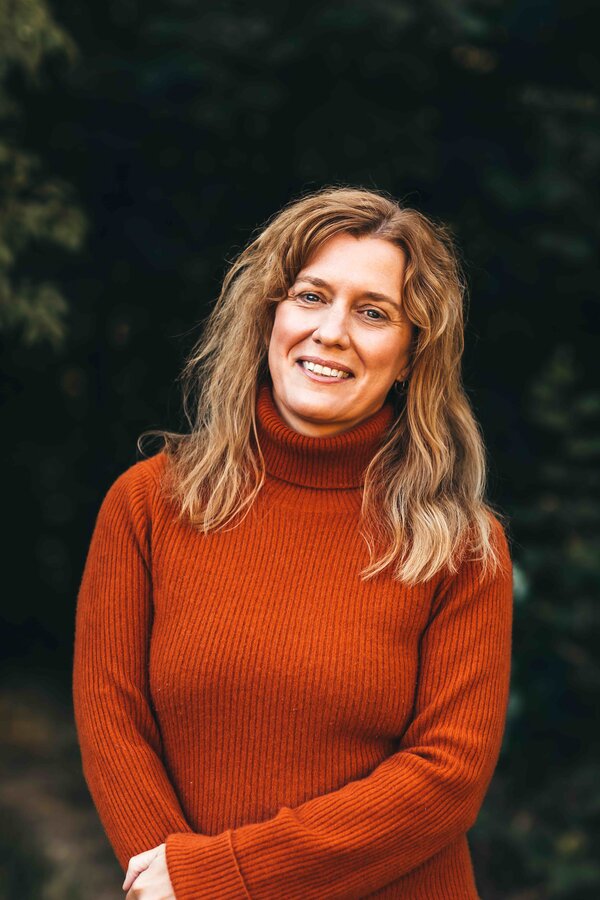 Hornaday’s skill as a taxidermist meant he spent “much of his professional life up to his elbows in animal innards.” Back in Washington, he mounted these sacrificial victims in a diorama that evoked the bison’s life on the prairies. The display fascinated the public and rallied support for his fresh determination to save what remained of the wild herds. Thanks to a successful breeding program he created at the Bronx Zoo, a small herd of bison produced enough offspring to repopulate Western reserves, a saving remnant that would expand over time and is still thriving today.

Hornaday’s success gave hope that extinction was not inevitable for those species being ground under the wheels of progress. He devoted decades more to the cause, adding his prestige to the “feather wars.” In 1886, an ornithologist walking on New York City’s sidewalks found fastened on ladies’ hats the brilliant fragments of 40 different species. From hummingbirds to herons, millions died serving this market, pushing many species down the passenger pigeon’s road to extinction.

The National Audubon Society, incorporated in 1905, won federal protections that ended the plume trade and provided sanctuary for songbirds. But along the way, the campaign exposed a gendered double standard. Though many of conservation’s most loyal supporters were women, bird advocates blamed the female of our species for their heedless vanity, even though the trade’s profits went to male hunters and milliners. In turn, those defending the free market in feathers ridiculed all conservationists as effeminate sentimentalists.

That charge was hard to sustain against Rosalie Edge, the conservation movement’s “hellcat.” Edge came to the cause in middle age, an affluent and well-connected amateur bird-watcher who had developed political skills fighting for woman’s suffrage. Though a loyal Audubon member, she ambushed the society’s annual board meeting in 1929, denouncing its leading men for failing to protest the open season against eagles, owls and other raptors. To many sportsmen and poultry farmers, eagles were undesirable vermin, and Alaska even offered a bounty on them.

In partnership with a respected zoologist who shared her views but not her freedom to agitate, Edge founded the Emergency Conservation Committee. “Mrs. Edge takes the view that all conservation movements except her own are limited and discriminatory,” The New Yorker quipped years later, “and she puts in her best licks for creatures that many naturalists wouldn’t touch with a 10-foot pole.” A passionate pamphleteer and an incorrigible lobbyist, her protests helped change Audubon’s leadership and its policy on birds of prey. In 1934, Edge learned of a mountain in Pennsylvania that was a favorite spot for hunters to shoot raptors. Horrified, she bought the mountain, hired a caretaker, and transformed Hawk Mountain into a preserve that continues her legacy today.

Among the visitors to this sanctuary was the wildlife biologist Rachel Carson. There she found evidence of a precipitous decline in the annual eagle migration, one clue in a puzzle she assembled in her groundbreaking 1962 book, “Silent Spring.” Carson showed that pesticides were doing more damage than an army of hunters, not only driving eagles toward extinction but poisoning creatures up and down the food chain, humans included. Her work inspired Stewart Udall, interior secretary in the Johnson administration, to push for legal protections that culminated in the landmark 1973 Endangered Species Act, an imperfect but “indispensable bulwark against extinction.”

Tracing key turning points in the development of conservation biology, Nijhuis shows that the growing threat of extinction provoked an intellectual revolution in the way scientists think about the very meaning of species. Each animal came to be understood as an essential piece of a dynamic, interconnected web. While public sympathy is easily stirred to rescue “charismatic” animals, conservationists came to focus as much on the preservation of habitat. No longer just protecting animals from bullets, they expanded their mission to save “shrubbery and wetlands from bulldozers.” As the conservation pioneer Aldo Leopold put it, the only way to stop extinction is to first save the organism he called “land.”

Leopold preached the essential value that apex predators play in keeping ecosystems healthy, while others joined his pioneering efforts to preserve wilderness. In the 1980s, E. O. Wilson captured the evolving insights of ecological science by framing extinction as an assault on “biodiversity,” a loss of genetic possibility that threatens all life, humans included. Others worked to overcome the conservation movement’s origin in white supremacy and European colonialism. Africa’s first game-protection measures were imposed by colonial masters determined to protect their sport of trophy hunting. More recently, transnational organizations have defended wildlife by supporting African communities as stewards of their own environmental inheritance, a strategy both more just and more successful.

Nijhuis is an engaging storyteller as well as a self-described “lapsed biologist,” weaving this history with firsthand accounts of those on the front lines of species preservation today — from the Blackfeet tribe’s restoration of a bison herd in the Northern Rockies (descendants of Hornaday’s rescue operation), to park rangers in Namibia who defend rhinos and elephants from poachers. She acknowledges that her story offers no reason for great optimism concerning the fate of so many species now facing extinction, but she reminds us of the very real accomplishments of these “passionate experts and passionate amateurs” who devoted their lives, and too often gave their lives, to protecting our fellow species from ourselves.

New in Paperback: ‘Interior Chinatown’ and ‘The Water Dancer’