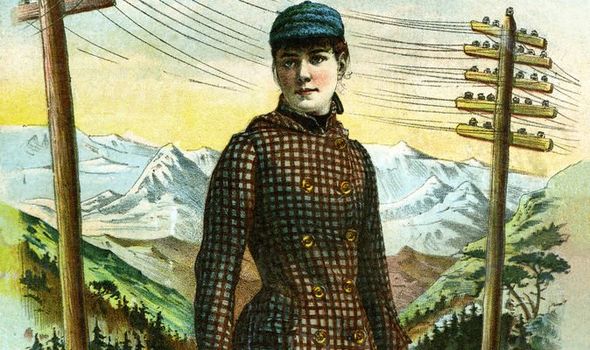 Yet far less well known is the story of the woman who challenged Fogg’s fictional record for real. It was Nellie Bly’s idea to race around the world faster than Verne’s upper-class hero. But as the SS Augusta Victoria ocean liner forged ahead from the bustling port of Hoboken, and New York City dissolved into shadows, she felt empty. “I am off,” she mused as the sheer magnitude of the journey began to dawn upon her, “and shall I ever get back?”

Bly’s departure that mid-November morning in 1889 launched a whirlwind voyage that would see her circling the world faster than anyone ever had.

By the time she returned 72 days later, she had achieved the “most remarkable of all feats of circumnavigation ever performed by a human being,” according to The New York World newspaper. Bly went on to marry a millionaire, become a leading female industrialist and the first woman reporter on the Eastern Front during the First World War before dying aged just 57 in 1922.

But it is as the real-life Phileas Fogg that she was once best known. Awed by her accomplishment and astounded by its obscurity, I made it my mission to get her “back on the map” and set out to retrace her voyage for my book, Following Nellie Bly: Her Record-Breaking Race Around the World.

My own adventure began 125 years after Bly’s. Like her, I travelled alone with a small cabin bag. The ocean liners that transported Bly have vanished, so I took to the skies instead.

Bly travelled through the Victorian era pushing boundaries all the way. I streamed through the digital age, launching the Twitter hashtag #Nelliebly125 and my Nellie Bly in the Sky blog. Bly raced. I didn’t. She covered 21,740 miles in 72 days. I clocked up 22,500 miles in 32 days. 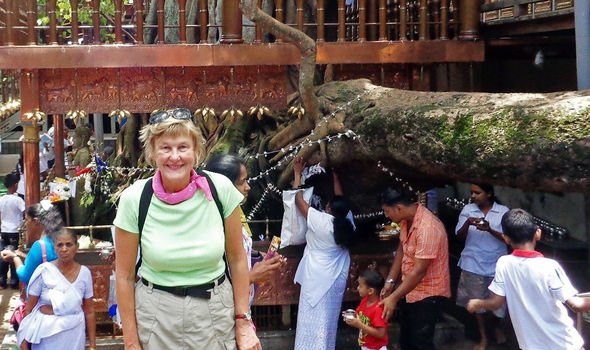 We both finished with book-length memories and a profound appreciation for the kindness shown to us everywhere we went.

Bly’s editors had called it a splendid idea when she proposed to trounce Phileas Fogg’s record. But only a man could do it. She would require a chaperone – in the 1880s it was unthinkable for a woman to travel alone around the city, let alone around the world. And the number of steamer trunks she’d require would slow her progress.

“Very well,” Bly fumed. “Start the man, and I’ll start the same day for another newspaper and beat him.”

By the end of the meeting, Bly had secured a promise that, if anyone was commissioned to travel, it would be her.

She was already known for the lengths to which she would go in pursuit of a story. The year before, Bly had feigned madness to go undercover in the New York City Women’s Insane Asylum where she had endured 10 days as an inmate to reveal the atrocities within.

When it was published, Behind Asylum Bars shocked the nation and unleashed sweeping reforms, inspiring a bestselling book, Ten Days In A Mad-House. This was the dawning of investigative journalism and Bly was a pioneer. Her exposés brought much acclaim. But her latest travel assignment would make her the most talked about woman on the planet. 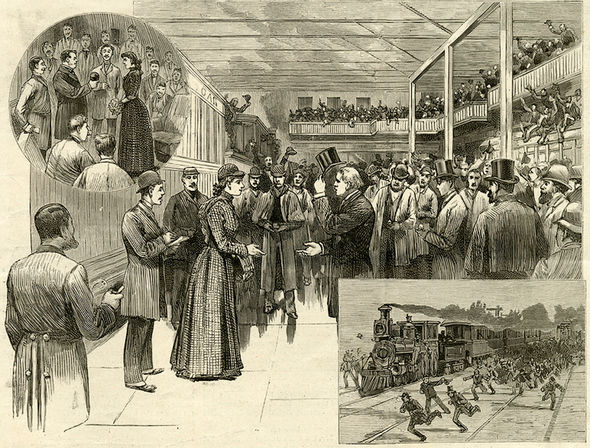 Almost a year after Bly first raised the idea, her editor asked if she could “start around the world the day after tomorrow”.

“I can start this minute,” she replied.

There was just enough time to commission travel clothes, purchase a case and write notes to her loved ones. That’s how she came to circumnavigate the globe in a coat and gown, leaving on November 14, 1889, carrying just a single Gladstone bag.

Indeed, Dora de Blaquiére, writing for the Girl’s Own 1890 Annual on The Purchase of Outfits for India and the Colonies, praised Bly as a shining exemplar of how to pack, branding her “living proof” fashion had at last “gone hand in hand with common sense”. What Bly refused to pack was a revolver.

“I had such a strong belief in the world’s greeting me as I greeted it, that I refused to arm myself.”

What she failed to pack was a camera. “The only regret of my trip… was that in my hasty departure I forgot to take a Kodak.” And what she simply could not pack was a passport; she didn’t have one. 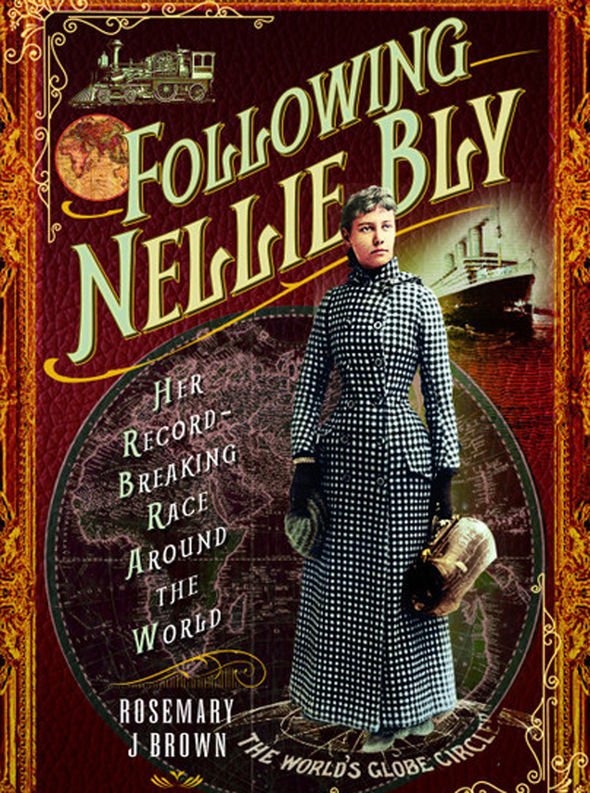 No less than the US Secretary of State arranged for Bly’s passport to be issued at the American Legation (today’s Embassy) once she reached London.

For me, packing was a cinch with today’s fabrics that wick, breathe, and even ward off mosquitoes, sun and rain. They squeeze down to nothing and dry overnight after a quick dip in the bathroom basin.

The only gown Bly had was on her back. My mix and match clothing gave me at least a dozen more outfits than Bly.

I was a seasoned traveller, Nellie Bly was not. When she boarded a steamship for the first time in her life, she didn’t get off for eight turbulent days. An endless, angry Atlantic seized the SS Augusta Victoria and didn’t let loose. Seasickness took its toll, but what really unnerved Bly was the prospect of delays threatening her transatlantic voyage.

Arriving in Southampton, she was met by The World’s London correspondent Tracy Greaves who accompanied her on the mail train to the capital. Bly had travelled all night, was exhausted and famished, but it was no excuse to bend the truth when she had to swear to her date of birth to finalise her passport.

Knowing it could be a sensitive question, the US official asked Greaves to step aside.Bly was having none of it. “I will tell you my age, swear to it too… my companion may come out of the corner,” she said. It later emerged Bly made herself 22 when she was actually 25. It was a very Victorian thing to do, a very Nellie Bly thing to do. 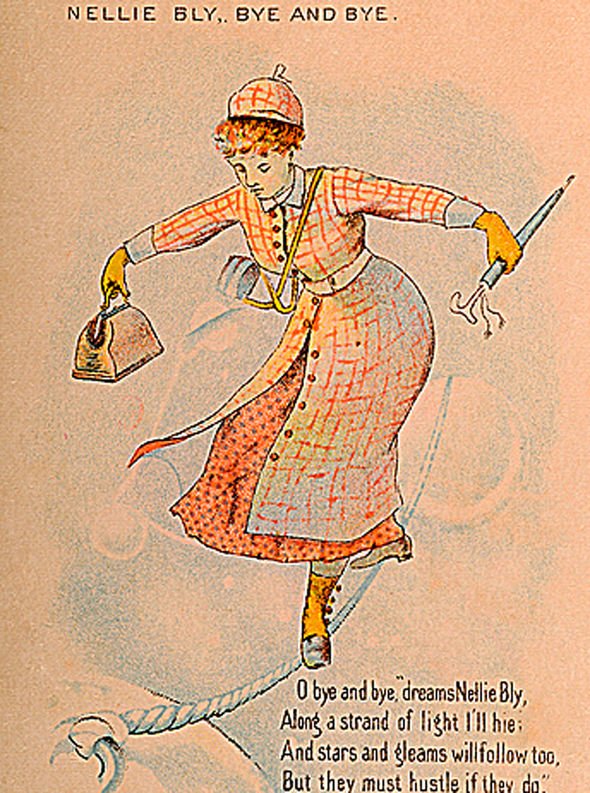 From the Legation, Bly and Greaves dashed to the P&O Steam Navigation Company to buy the passages that would take her around the world. Her next stop in Amiens, France, would unite Bly with the novelist who had inspired her travels.

She couldn’t resist the invitation to visit Verne even though it meant a 180-mile detour, two sleepless nights and the risk of losing the race.

When they met, Verne was incredulous “the slight young woman could possibly be going around the world all by herself”.

“The New York World must be a wonderful paper if it has many like Nellie Bly on its staff,” Verne said to Greaves. No,” replied the London correspondent, “there is only one Nellie Bly.”

I caught up with Bly again in her Ceylon and my Sri Lanka. After 14 scorching days at sea, the SS Victoria’s passengers couldn’t wait to reach land. As her shipmates dutifully boarded the steam launch to the pier, Bly spotted a flock of outrigger canoes drawn like magnets to the liner’s arrival. In a typical Bly-style leap of faith, she jumped aboard the closest outrigger and sped across the harbour to be the first passenger ashore on this teardrop island. 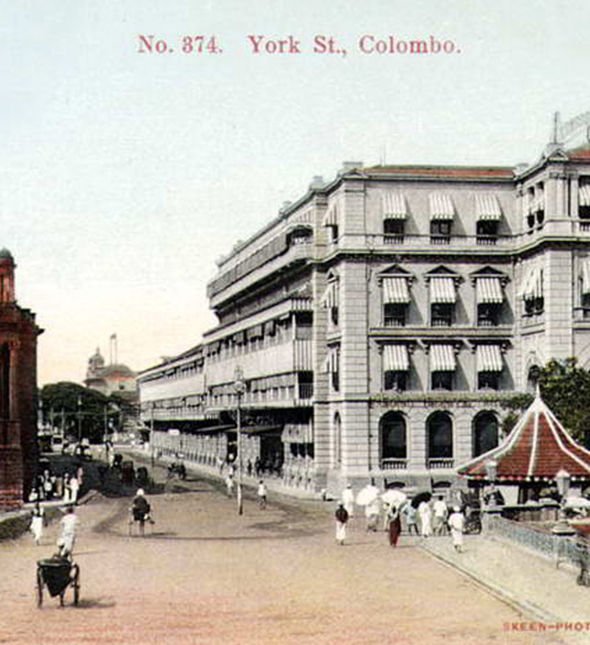 It took Bly more than two weeks to travel from London to Colombo. I arrived in 11 hours. London was 5,415 miles away; Nellie Bly was in charge now. I was on my way to the only hotel still standing that hosted Bly on her travels – Colombo’s Grand Oriental where she “sipped cooling lime squashes” amidst tropical colonial splendour.

Alas, the Grand Oriental is a shadow of its former self now and there is not a trace of her in the only hotel where our paths might have crossed. Bly was already halfway round the world when she reached Singapore. She only spent a day there, but it was long enough to acquire a travelling companion, McGinty, a macaque monkey. “When I saw the monkey my willpower melted and I began straight away to bargain for it,” she wrote. Her purchase would end up costing more than money. The indignant monkey berated Bly and the ships’ crews at every opportunity.

Yet despite it all, Bly remained loyal to McGinty, even saving his skin when the superstitious crew on the SS Oceanic sailing to Japan threatened to throw him overboard. They said he was a “Jonah” that brought bad luck and blamed McGinty for the barbaric storms they battled. 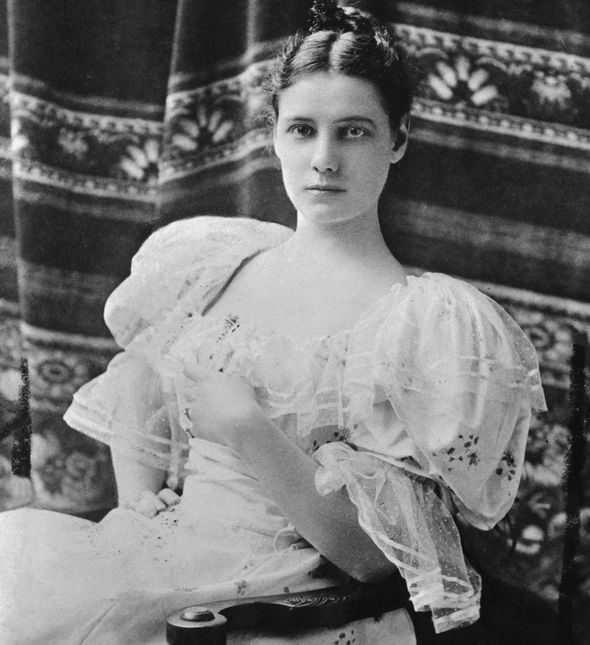 When she discovered that clergy were also thought to be Jonahs, Bly agreed that McGinty could be flung off the ship if two clerics on board went too.

This close call with death didn’t improve McGinty’s conduct. Even so, he became an icon for Bly’s journey along with her distinctive travel garb and Gladstone bag.

With the monkey in tow, Bly arrived in Hong Kong in monsoon gales that nearly crushed her, only to be shattered by the incredulous news that she had a competitor named Elizabeth Bisland who was three-days ahead.

A journalist sent by The Cosmopolitan (the forerunner of today’s best-selling Cosmo), Bisland was circling the world westerly as Bly travelled east. It took all of Bly’s fortitude to maintain her composure. But it got worse. Bly would be stranded in Hong Kong for five excruciating days until the next ship arrived. Not to be outdone, she set the record straight; time was her only challenge.

“I promised to do the trip in 75 days and I will do it,” she said. Bly ultimately completed the journey in 72 days. Her rival finished in 76. The winner took all. After falling in love with Japan, plying the Pacific and traversing America by steam train, Bly crossed the finish line in New York greeted by a “human tidal wave” of 10,000 revellers at 3.51pm on January 25,1890.

“She’s Broken Every Record! Father Time Outdone!” blazed across the front page of The New York World. Below the headlines, Bly led a parade of history’s greatest navigators, from Sir Francis Drake to Captain Cook, and of course the inestimable Phileas Fogg.

Fame was fleeting however. Like many remarkable women, she was buried in the pages of history. My job was to bring her back to life as an inspiration to today’s millennials. Bly’s appetite for risk began to rub off on me as my travels unrolled. When faced with challenges, I asked myself what Nellie Bly would do. Her “nothing is impossible” approach steered me in the right direction. And it still does.

● Following Nellie Bly: Her Record-Breaking Race Around the World by Rosemary J Brown (Pen & Sword, £19.99) is out now. For free UK delivery, call Express Bookshop on 01872 562310 or order via expressbookshop.co.uk

The cocaine cuckoos in the nest: New book reveals the truth about County Lines gangs

The Trolls Are Everywhere. Now What Are We Supposed to Do?