A LOVER’S DISCOURSE
By Xiaolu Guo

Not even the most starry-eyed Europhile would claim that the relationship between Britain and the European Union was ever a love match. But somehow, for over 40 years, they held it together, like a pair of bickering partners who fight bitterly but are still in it for the long haul. Brexit, of course, changed everything.

Two new novels reflect on the meaning of this still-unfolding breakup. They each dramatize a love affair set against the backdrop of Brexit, using the most universal and gratifying human experience to illuminate one of the most arcane and incomprehensible.

Helpfully, the unnamed narrator of Xiaolu Guo’s novel “A Lover’s Discourse” is an anthropologist. She’s able to cast her ethnographic eye over the mystifying natives and try to make sense of their impenetrable customs — in this case, the inhabitants of 21st-century Britain and their disagreements over Europe.

The book reverses the common theme of a perplexed Westerner baffled by the habits and rituals of an Asian country. Transplanted to London, the Chinese-born narrator struggles with the city’s transport system, tries to find “Brexit” in her dictionary and wonders if London Wall is anything like the Great Wall of China. (In fact, it’s a largely notional vestige of the city’s Roman boundary).

Our heroine meets a half-Australian, half-German landscape architect, and a love affair begins. They move passionately — and possibly rashly — through the early stages of romance to set up home in a very particular corner of London: its floating subculture of itinerant narrow-boat dwellers. 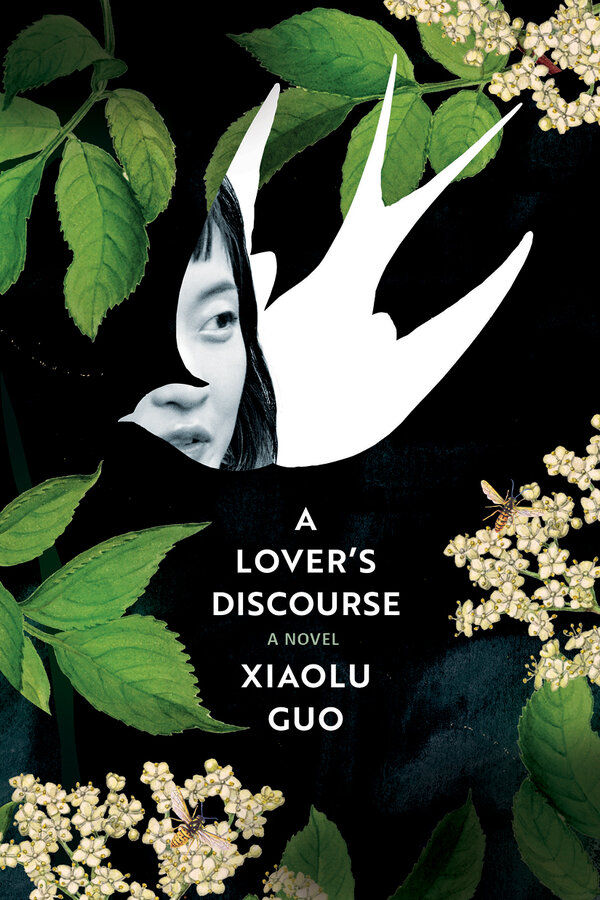 Guo is an unsparing noticer. She paints a vivid but unflattering portrait of her new dwelling in her adopted country: “I stared at the canal. This was the English water, cold, gray and full of deadly discharge. … Just a few ducks floating by, with their feet trapped in plastic shopping bags.”

What propels the book forward is in part the sense of suspense that hangs over the nascent relationship: Has our heroine made an enormous mistake getting together with an itchy-footed boat lover? But there’s also something compelling about the breadth of the world the narrator inhabits. The book moves briskly from the canals of North London to Scotland, Australia, Germany and China. Along the way, it’s capacious enough to touch on moments of real darkness, while somehow managing to be mordant, funny and, ultimately, life-affirming.

The English novelist Nick Hornby’s best-selling books are rooted in an engaging and funny literary persona. Over the years, his writing has anatomized commitment and relationships with a sharp eye for foibles — especially male ones. In his ninth work of fiction, “Just Like You,” he focuses on a pair of mismatched lovers: Lucy, a 42-year-old English teacher, and Joseph, the 22-year-old assistant in the butcher’s shop where she buys meat for her two young sons.

Stuck for child care — and perhaps taken by Joseph’s good looks — Lucy asks Joseph to babysit for her. This relationship deepens when he fends off her drunken ex-husband and forms a bond with her soccer-mad sons. It soon becomes clear that despite the age gap, there’s a sexual spark between the two main characters.

We’re in familiar territory for the author: a North London setting, amiable comedy and nebbishy internal monologues about the awkwardness of social interactions. “He found himself wondering whether he would ever go to the cinema with Lucy,” Hornby writes. “It was completely possible, of course, in the sense that very small ambitions can be achieved quite easily, if one can be bothered. He could just ask her, maybe after a couple more babysitting sessions.”

However, age is not the only obstacle. There’s another difference — tiptoed around in the novel’s promotional copy in a way that suggests nervousness, at least on the part of the publisher: Joseph’s “of a different class, a different culture and a different generation.” “Different culture” here means that Joseph is Black and Lucy is white.

How do two people from such different backgrounds manage to transcend their differences? Without too much difficulty, it turns out. As we slip between their viewpoints, Lucy worries about meeting Joseph’s mother and Joseph frets about introducing Lucy to his friends, but the actual relationship progresses with enviable ease. Joseph’s smart, wise beyond his years, a natural with the kids. The sexual side of things gets underway smoothly: “He learned quickly and within a few days or nights or dates or whatever they had entered a Golden Age.” No bird poo or asynchronous libidos here. Even their inevitable setbacks are handled with dignity.

In fact, there’s no great sense of jeopardy at all, beyond the reader’s vague anxiety over whether Britain’s most genial living novelist is going to get canceled by an indignant Twitter mob for straying out of his lane.

The charm of Hornby’s previous books has been the way they balance middlebrow uplift with enough emotional truth to make the fantasy feel grounded. Here, there’s something underimagined about the two main characters. Tackling the intractable subjects of race and Brexit, the author seems constrained to make Lucy and Joseph exemplary and consequently rather bland.

Though there’s a lot of dialogue — internal and external — we’re not permitted to see much. It feels as if the leads have yet to be cast and the fictional world awaits the vision of a director. The characters’ thoughts linger on innocuous subjects and hurry past potentially awkward ones. The sex is obliquely described and the question of whether Lucy is fetishizing her handsome young Black partner is raised for an instant, then dashed. She’s able to recognize the tendency in her friend: “Would Emma be licking her lips if he were a handsome young white butcher’s assistant?” she wonders. But the thought — an intriguing one — is swiftly dispelled, too uncomfortable for the book’s PG-certificate world.

The novel saves its ridicule for cartoonish minor characters and predictable targets: pretentious art, middle-aged white novelists, elderly theatergoers, racist police officers, libidinous middle-aged women. While it’s never a disagreeable book, it’s hampered by a flatness that comes from our feeling that the author has deliberately wired things so the conflict will never rise above a certain voltage. And in the fraught times in which the novel has arrived, its bonhomie comes off as strained and false.

Both “A Lover’s Discourse” and “Just Like You” suggest that in a time of struggle between seemingly irreconcilable opposites, who hold each other’s differences to be moral failings, it might be instructive to consider how humans overcome obstacles in other types of relationships.

Guo gives her characters scope to live and suffer, so her book’s final affirmation has a hard-won quality that carries weight. But, in the end, the child-proofed world of “Just Like You” can’t tell us much about difficult negotiations. Conflict-averse, it seems to endorse Joseph’s approach to the Brexit referendum: Check all the boxes so no one has a reason to dislike you.