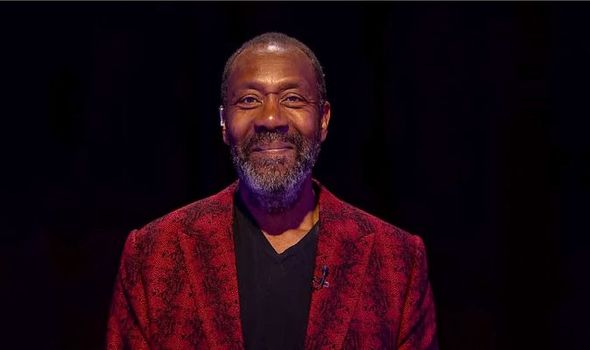 SIR LENNY Henry is fond of quoting the so-called Peter Parker principle, the proverb popularised by the Spider-Man comics that warns: “With great power comes great responsibility.” It’s an idea that underpins his brilliant new children’s book, The Boy With Wings, but one that could just as easily describe its creator.

One of the first black faces on British TV, the working class lad from Dudley won a talent contest aged 16, braved racist social clubs and six years on the Black and White Minstrel Show before carving out a 45-year career as comedian, entertainer and actor.

Co-founder of Comic Relief, PhD holder, all-round good guy, and, in recent years, champion for diversity and inclusion, aged 63 he can now add novelist to his CV.

Not bad for a kid who was told at school he’d be lucky to work in a factory or behind a supermarket checkout.

All in all, despite the absence of spandex costume and cape, it’s not hard to see Henry as a superhero, especially with the impressive dreadlocks he’s currently rocking for Netflix fantasy drama The Witcher. Captain National Treasure, perhaps?

“I don’t feel like that most days,” he smiles, that gentle if unmistakable West Midlands accent slightly hoarse today from talking about the book. “I don’t feel like a superhero any days, actually. But, in the effort of trying, something happens. It’s not about the end of the journey, it’s about putting one foot in front of the other.

“If you’re trying to do something good or worthwhile, just the effort might mean you end up somewhere decent. You just do it, minute by minute, second by second and hope it ends up okay.”

For Henry, the son of a Jamaican matriarch with a propensity for dishing out beatings, who discovered his biological father was a family friend rather than the dad he’d grown up with, it’s been a long, sometimes difficult, journey.

FOR all this, he is at pains to acknowledge his good fortune and sniffs at any suggestion of sympathy. Perennially youthful, his 6ft 3in frame is in better shape than ever, yet he is now also an elder statesman and de-facto campaigner for Britons of colour.

“Black authors have a thing where they are interrogated for their thoughts on race, diversity and inclusion, the history of racism and slavery,” he says. “Black authors get asked all sorts of things that have nothing to do with the text.” It must be exhausting, I suggest? Burdensome, at times, he admits. “I’ve had to talk about it since I was 16 – it’s been a constant thing.”

Despite that, his new book – it took nine months to write and he admits to welling up when he received his first copy – makes it clear they’re not subjects he’ll avoid.

His hero Tunde is a thoughtful 12-year-old who’s bullied at school, in part because he is black, adopted and feels different. Given the title, it’s not a spoiler to reveal that, during a game of football, he goes up for a header and doesn’t come down – having sprouted wings!

And in the superhero tradition so beloved of his creator, a massive comic book fan and collector, he ends up saving the world.

“I just wanted to write something thi h th bl k t it where there was a black protagonist.Growing up, there weren’t any and I was a voracious reader: Billy Bunter, Jennings, Narnia… and there were never any black kids in those stories,” says Henry.

“And when I was reading to my daughter as a kid, we loved Harry Potter, and the Philip Pullman books, but rarely would you see a black character. So I thought, ‘It’s going to be a contribution to the pantheon of stories with a black hero.’

“I wanted it to be funny and moving and I didn’t just want it to be an adventure story, I wanted it to be about something. I was bullied at school and Tunde has to find ways to navigate that. Then, of course, parenting: where am I from? Who am I?

was a reader: Bunter, there were any black those stories’

“Nuclear families are perhaps the rarity now. Everybody comes from a family that’s fragmented or there’s a different mum or two dd mums brilliant t dads or two mums. Kids are brilliant, theyfigure it out.”

Henry, who lives in Oxfordshire with his partner of nine years, theatre producer Lisa Makin, replies with endearing modesty when asked why it’s taken so long to write.

“I think I was waiting to be asked and, here’s the thing, if you wait to be asked it’s going to take you ages to do something,” he says. “I also had this thing of not really believing in myself. I would do comedy sketches and I was seen as a person who came into a room with loads of energy and contributed to a sketch but I wasn’t a writer.”

Feeling he needed to “qualify”, he studied for a BA Hons, MA and then a PhD in scriptwriting – the latter alone taking seven-and-ahalf years – but it was his bestselling memoir, Who Am I, Again?, published two years ago, that finally convinced him.

“It made a structure around me where I felt I could write, and I had somebody to show it to every two or three weeks. It gave me the confidence to do The Boy With Wings. It’s very complimentary to be asked to write book som a book, but it’s quite good to have had some thoughts about what it is you actually want to say.” As for its subject matter, Henry pulls no punches. Racist bullying rears its ugly head by page two yet the book never loses its humour, warmth and a lightness of touch.

Henry says: “The deeper the roots, the more expressive the book. I wanted to root it in something, so when you get to the triumphant moment, you’re going, ‘Yes, come on Tunde!’ rather than just thinking, ‘Oh yeah, he’s a superhero’.

“Hopefully the things he’s learnt from his adoptive parents take him through the adventure and give him a sense of right and wrong. As Peter Parker once said, ‘With great power comes great responsibility’, and Tunde needs to learn that.

“It’s fantasy, it’s superheroes, it’s all the stuff I grew up loving. My aunty Pearl gave me The Fantastic Four, Spider-Man, The Mighty Thor, Iron Man and The Avengers, when I was about eight or nine and I’ve been hooked ever since. Peter Parker [Spider-Man] wasn’t just a kid with superpowers, he had a poorly aunty and was trying to buy her medicine. Reed Richards [of The Fantastic Four] was a scientist trying to do great things for the world, went into space and got his super powers. [Iron Man] Tony Stark ended up trapped by the enemy and had to make an iron suit to get him out of trouble.

“All of these people had some kind of moral imperative, some issue of right and wrong they had to navigate. Equally, Tunde must use his judgment to try and do the right thing.”

When I wonder if the bullying in his book is broadly representative of 21st century Britain, or rather Henry’s worst case scenario, he jumps in: “I grew up with bullying and I’m pretty sure micro and macro-aggressions are going on every day in schools all over the country. There will be some areas in this country where kids will absolutely understand that kind of bullying.

“Look at our brilliant footballers in the Euros and what they had to go through and look at the trolling that goes on every day on Twitter. Bullying is very much alive and well.What we need are tools to deal with it and structural change in those social media platforms where it’s allowed to proliferate. Stories about how to deflect bullying, how to deal with it and safe spaces where you can say ‘I’ve been bullied’ are paramount.

“But there are dumb jokes too and characters and funny voices and I think Tunde and the banter with his friends is lovely. I like the idea of 12-year-old kids having jokes and nicknames and all that stuff. When I met my friends, suddenly I was in a group of people who could tease me and I could tease them back – you want equality of banter!”

For Henry, who has increasingly been focussing on stage and film in recent years, winning critical acclaim for playing the lead in Othello at the West Yorkshire Playhouse in Leeds in 2009, performing is paramount.

“I’ll always be a comedian but the challenges for me lately have been theatre and making films. I did comedy for 35 to 40 years and it was time to do something that would make me excited again,” he says.

“To be chucked fully clothed into the deep end of doing Othello was a steep learning curve and thank god for [director] Barrie Rutter and the cast of Northern Broadsides who really showed me what it was like to work in a team. I was literally on the toilet for most of the day before the first show – it was a blur, but the team really supported me.

“As a comedian, it was the Lenny Henry show, whereas when you’re in a play it’s all of us. I had to learn that, it was very humbling. It was like being in acting school. With Shakespeare you can’t chance it: ‘Do I have to say To be or not to be, Why is that the question?'”

HE CAN’T talk about his latest TV adventures, including The Witcher prequel for Netflix, but jokes about his hair extensions for the role: “It’s literally like having a human being hanging from your scalp. It was pulling my head backwards. They had to cut some locks out because I was walking along and drinking rain. Now it’s more comfortable.”

However, Henry is currently working on several book projects, including volume two of his memoirs, titled Rising To The Surface, and has learnt to say “no” a bit more often.

“I used to say, ‘Present a moving target, keep ducking and diving, do lots of things…’ but I’m slowly coming to the realisation I love acting and the idea of a text you read and go, ‘Wow this is a great play or a great script’.”

He remains committed to working with Marcus Ryder, broadcaster turned inclusivity champion at the Sir Lenny Henry Centre For Media Diversity at Birmingham City University, to increase minority representation in TV. Change is slow, he admits, but the conversation is finally happening.

“People will at least talk about diversity and inclusion and equality and justice in the workplace in a way they just didn’t 20 years ago,” he says. “I’m always surprised when I’m on a film set at how few people of colour and women, and virtually no people with disabilities, there are.

“All of that needs to be shaken up and changed. But it’s happening. There’s still a 12-year-old in me who says, ‘Why can’t it happen now?’ But I’m very aware of the politics in this. So it’s a journey….” He breaks into He Ain’t Heavy, He’s My Brother by The Hollies, crooning: “The road is long…” ?