The best philosophy? Have lots of sex! He thought her ravishing; she found him ugly, short and a snob. But Simone de Beauvoir and Jean-Paul Sartre stayed together for 51 years — on condition they could sleep with anyone they liked

They wrote side by side in Parisian cafes, working late into the night over glasses of whisky while honing each other’s ground-breaking philosophical theories.

Intellectually in love and physically possessive of one another for 51 years, Simone de Beauvoir and Jean-Paul Sartre lived according to their ‘pact’ of being allowed to have ‘contingent’ love affairs as long as they told each other the truth, making them one of the most intriguing celebrity literary couples of the 20th century.

Reading this evocative new biography of de Beauvoir, you can literally smell the coffee and the Gauloises.

What was their relationship genuinely like, though? And is it true that, as has gone down in history, de Beauvoir was Sartre’s mere intellectual sidekick? (The French disparagingly nicknamed her ‘Notre Dame de Sartre’.) 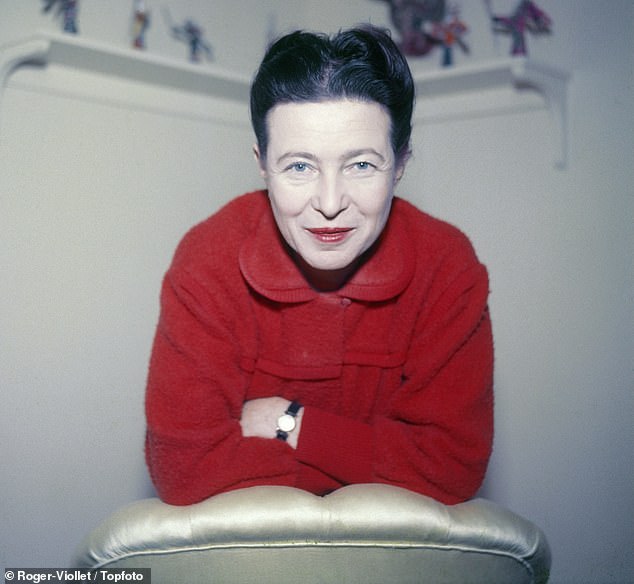 In this fascinating and deeply researched book, Kate Kirkpatrick blows away a thousand myths that have grown up around them.

She reveals that, far from Sartre being the perpetual object of her obsession, de Beauvoir had other much more physically passionate affairs both before and during the Sartre years, one of them with Claude Lanzmann, director of the Holocaust masterpiece Shoah; and she suggests that it was de Beauvoir who came up with some of the central tenets of Sartre’s philosophy before he did.

For example, her decision to split her existence into two parts, ‘for others’ and ‘for myself’, predated Sartre’s idea of ‘being for itself’ and ‘being for others’.

De Beauvoir grew up in a strict Catholic household, with a mother who expected her to settle into unintellectual domesticity.

She became an atheist and tortured herself in her diary with endless philosophical questions: ‘To live a life of devotion to others or to live life for myself?’ ‘How could the self of today make decisions for the self of tomorrow?’ ‘What does it mean to love?’

Do stop philosophising, I found myself begging her, and get on with the business of living.

There’s clearly no stopping the French philosophical mindset once it takes hold; and it was this very mindset that captivated Sartre, and his that captured de Beauvoir’s. She was a brilliant, workaholic philosophy student, studying at the Sorbonne (having fought with her parents to go there); Sartre first heard of her when he and she were among only 26 in the whole of France to pass an unbelievably difficult exam.

When they first met on a Monday in July 1929, de Beauvoir thought Sartre ugly, short and an intellectual snob. He thought her ravishing, ‘with a slightly broken voice that only added to her allure’.

By Thursday, she began to be impressed by the way he thought. She liked ‘his way of being authoritarian and adopting me, and of being so harshly indulgent’. Thirteen days after meeting, she wrote: ‘He had understood me, foreseen me and possessed me.’ Any woman who has ever fallen in love with a man for his mind will recognise the feeling. 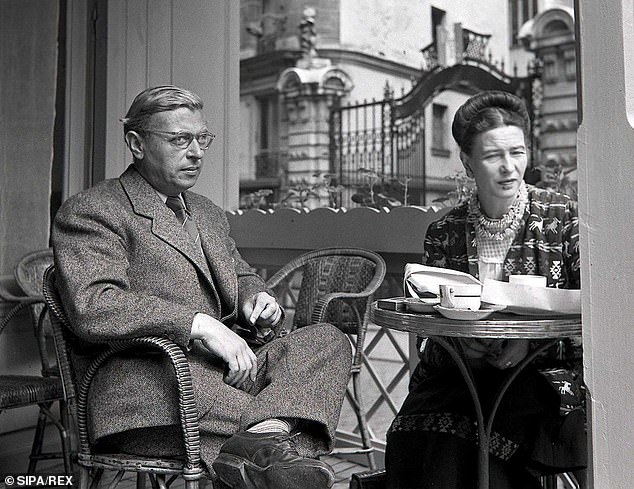 ‘I will abandon myself to this man with absolute confidence,’ she wrote in her diary — although she was still quietly conducting affairs with two other men, one of whom, the sensual René Maheu, had (rather unsexily) failed that philosophy exam.

I relished the details of de Beauvoir’s and Sartre’s characters that Kirkpatrick unearths for us. Those, as well as the non-stop ‘contingent love affairs’, were what kept me turning the pages. De Beauvoir was a mad-keen long-distance walker: she liked to stride across vast sections of the Alps in the summer, wearing espadrilles.

One of her student lovers, Jacques-Laurent Bost (another affair she failed to mention in her memoirs), drew a cartoon of himself about to die of exhaustion as he tried to keep up with her on a walk.

Sartre couldn’t stand country-walking; he told her he was ‘allergic to chlorophyll’. He could only really thrive in a library or study — or a bedroom, as becomes increasingly clear when you start looking closely at his unshakeable habit of seductions and affairs.

He ruthlessly timetabled his various mistresses into his week, booking them on regular weekday evenings. (One of his mistresses described him as ‘a clock in a refrigerator’.)

De Beauvoir learned to refer to the collection of lovers she had to share him with as ‘the family’.

They also shared some of her own female lovers; both had affairs with Olga Kosakiewicz and with Bianca Bienenfeld, Baccalaureate students of de Beauvoir’s. 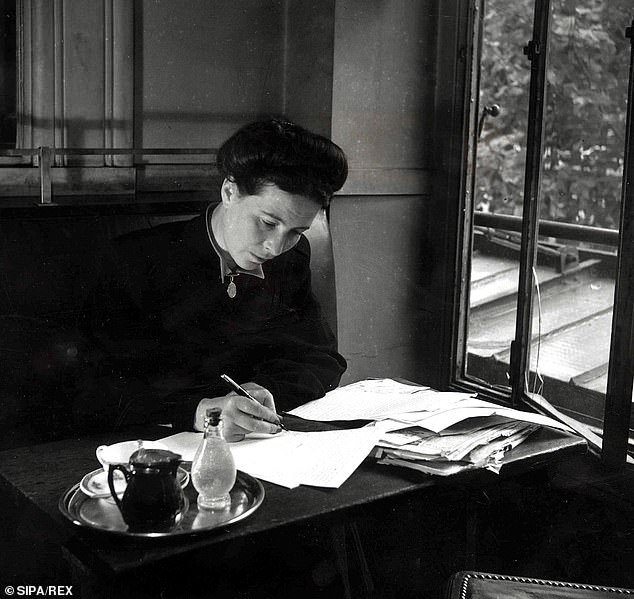 Sartre’s profound existential pessimism must have been hard to live with for anyone depending on him for emotional succour.

In his book Being And Nothingness he came up with the philosophy that all humans want to dominate each other. De Beauvoir disagreed; she believed humans could love without needing to dominate or be dominated.

Sartre had no time for sadness, so it was no good crying in his presence (de Beauvoir only once saw his eyes glisten, briefly — in the cinema).

So totally lacking in empathy was he that when, later in life, she confided to him that she had breast cancer, he replied that in the worst‑case scenario she had 12 years to live, and by that time the atom bomb would have killed everyone anyway.

Do we have to thank Sartre for coming up with the idea that de Beauvoir should write her feminist masterpiece The Second Sex? 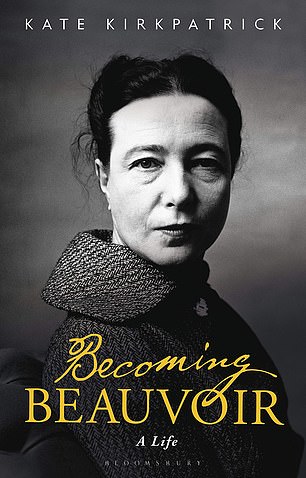 He did ask her, during one of their conversational all-nighters: ‘What has it been like to be a woman?’

But Kirkpatrick believes Sartre has been over-credited for The Second Sex, and that he was really more of a ‘conversational catalyst’.

The two of them worked side by side for so many years that it’s hard to work out who thought of what first; Sartre later admitted that he had never published any piece of writing before de Beauvoir had edited it.

In some ways, she’s now more famous than he is. The Second Sex (972 pages long and quite a heavy read) was itself the catalyst for second-wave feminism, with its claim that the sexual objectification of women’s bodies played a large part in the perpetuation of their oppression. It’s still seen as a central feminist text.

De Beauvoir later came up with the expression ‘everyday sexism’ to describe the way women were thought of as a separate ‘caste’ and automatically demoted by men to second place.

Sartre and de Beauvoir, dying in 1980 and 1986 respectively, were buried side by side in Montparnasse Cemetery.

‘Neither of them,’ writes Kirkpatrick, ‘would have become who they were if it weren’t for their dialogue with each other.’