LIFE AMONG THE TERRANAUTS
By Caitlin Horrocks

Wouldn’t life be simpler if we could just slumber through it? In “The Sleep,” the opening story of Caitlin Horrocks’s new collection, the residents of a shrinking Midwestern town explore this enticing proposition. Faced with a death in the community and the practical costs of surviving harsh winters, the residents of Bounty decide to try hibernation. “Why stay?” ask nosy reporters. The residents answer: “Our people had moved to Bounty because the land was there and it was empty, and now all we had was the emptiness and one another.” Bounty’s decline has been severe but gradual; residents hardly notice it until the town’s dilapidated buildings are shown on television. Hibernation is their strange yet dignified response.

With this opening tale, one might expect a fanciful collection about the white Midwest, about lives in rural communities that once flourished and now, to varying degrees, lie dormant. And indeed, several of this collection’s strongest stories take place in Michigan, near lakes, both Great and small, along highways bordered by dense wood. In “Teacher,” a teenager in the state’s north-central region throws a brick off an Interstate overpass, killing a young mother. The teenager’s former fourth-grade teacher learns about the woman’s final hours from a local nurse, and retreats into her memories of the boy, considering his sadistic impulses and her failure even to try to curb them. The story is brief but vivid, its opening and closing lines full of searing clarity. 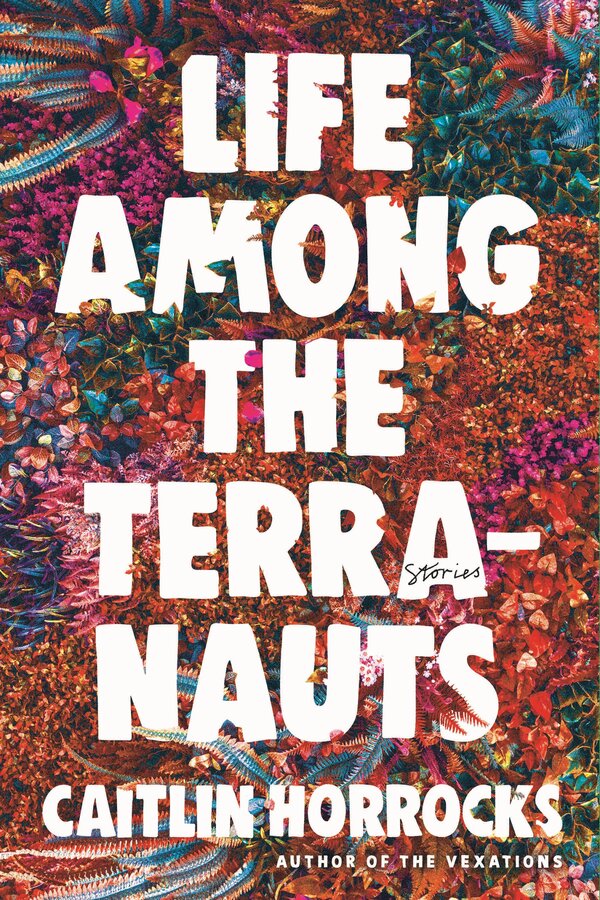 But this collection ranges farther afield, to Prague and the (virtual) Oregon Trail, and into internal territories, from the mind of a young girl obsessed with a lost blanket to that of a retired English teacher nearing death and trying to parse the events of her day. “Paradise Lodge” takes place in the Peruvian jungle, and has an omniscient narrator who reveals the perspectives of three tourists and their guide with flashes of insight. Aileen, a wealthy Canadian, gazes lovingly at her “long-limbed, fuzzy children, but the emotion that lingers longest is sympathy at how many hours of life her daughter is destined to spend shaving or waxing.”

As was evident in her debut collection, “This Is Not Your City,” Horrocks is adept at playing with perspective, delving into the minds of puzzling, sometimes troubling, characters. The loss feels greater, then, when her intriguing premises sap her characters of interiority and her stories of life. Horrocks cleverly draws upon games to determine the structures of “Better Not Tell You Now” and “On the Oregon Trail,” but little else can be said for them. “The Untranslatables,” the story of a man obsessed with foreign words that capture indescribable experiences, treads into territory better ceded to Lydia Davis. The words truly are untranslatable, so we are left with a slurry of useless definitions and little of the frisson of interlingual delight. The story’s saving grace is its final line, which feels, appropriately, as if it were pulled from Kafka: “Instead, he swallowed the word and crouched, listening, until his whole body was an ear.”

The title story, “Life Among the Terranauts,” walks this line between intrigue and interiority more gracefully. An engineer raised in a strict religious sect witnesses the final days of NovaTerra — a vast dome in the desert inspired by the real-life Biosphere 2 in Arizona. Inside it is a supposedly self-sustaining ecosystem where six people of varying expertise must remain for two years. The engineer’s dedication to the project was once strong, fueled by what she describes as “an empty space in my stomach that grew no matter what I filled it with,” but now she is losing faith. The experiment is failing, the Terranauts are starving and the resident philosopher has become a problem. It is a chilling story, and it is fitting that the volume bears its name. The title captures the collection’s breadth, its mixture of the strange and the mundane. One only wishes her stories were a bit stranger, or even more mundane, that Horrocks might dive deep in one direction, as the people of Bounty did, diving into sleep.