Stephen Dixon, whose hyper-realistic novels and short stories reflected his fascination with personal loss, sex, heartbreak, disaster, marriage and old age, died on Wednesday at a hospice in Towson, Md. He was 83.

His daughter Sophia Dixon Frydman said the cause was complications of Parkinson’s disease and pneumonia.

Mr. Dixon produced fiction at a daunting clip. Working on a portable typewriter, he published 18 novels and about 600 stories. His final story (about a man who was 80, like him, and who had a cat like his cat) was published in Heavy Feather Review last month, while he was in hospice.

He never found fame or big sales, but his idiosyncratic storytelling drew praise.

“One doesn’t exactly read a story by Stephen Dixon, one submits to it,” the critic Alan H. Friedman wrote in his review of Mr. Dixon’s novel “Frog” in The New York Times in 1991. “An unstoppable prose expands the arteries while an edgy, casual nervousness overpowers the will.” 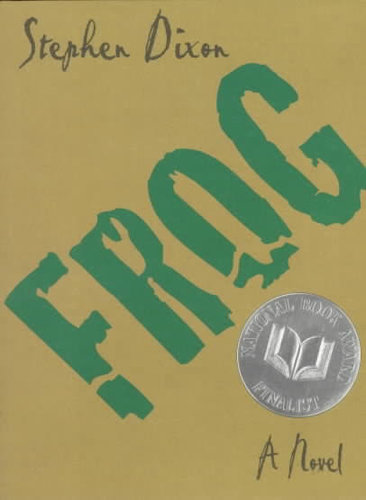 Mr. Dixon tinkered with syntax and diction and used an array of narrative tricks that made his fiction compelling, but sometimes challenging.

His paragraphs could seem to run forever, as if the start of a new one would destroy his momentum. He recounted multiple versions of the same event in the novel “Interstate” (1991), in which a father imagines the shooting of one of his daughters by a driver on the highway, and its aftermath, eight different ways.

And in his very short short story “Wife in Reverse,” Mr. Dixon started with a woman’s death and ended years earlier, when she meets her husband.

“His wife dies, mouth slightly parted and one eye open,” Mr. Dixon wrote. “He knocks on his younger daughter’s bedroom door and says ‘You better come. Mom seems to be expiring.’”

In 1980 Mr. Dixon started teaching at the writing seminars at Johns Hopkins University, where he remained until he retired in 2007. Porochista Khakpour, a novelist and memoirist, said that Mr. Dixon was the reason she studied at Hopkins.

“He permanently alters how you approach storytelling,” she told The Hub, the university’s news website, after Mr. Dixon’s death. She added, “He continues to be the single greatest influence on my work, and I have his voice in my head with everything I write.”

Mr. Dixon’s honors include several O. Henry Awards and Pushcart Prizes, as well as a Guggenheim Fellowship and two National Endowment of the Arts grants. He was also a finalist for the National Book Award in 1991, for “Frog,” and 1995, for “Interstate.”

But Mr. Dixon did not become a boldface name in literature. He once said that none of his publishers ever made money on his books.

“He’s not better known because, I think, his writing was intimate and personal and cut so deeply,” Matthew Petti, an English professor who is writing a biography of Mr. Dixon, said by phone. “He didn’t tackle big worldly issues or talk about American culture. His guys were just men living a human life.”

Stephen Bruce Ditchik was born on June 6, 1936, in Manhattan, the fifth of seven children. His father, Abraham, was a dentist; his mother, Florence (Leder) Ditchik, was a chorus girl and beauty queen before her marriage and later an interior designer.

Just before Stephen’s fourth birthday, his father was convicted of extorting money from doctors to protect them from prosecution for performing abortions. While Dr. Ditchik was imprisoned at Sing Sing, his wife changed the family name to Dixon and explained his father’s absence to Stephen by saying he was in the Army dental corps in New Mexico.

When Stephen was about 10, he learned what his father had done when he found court documents and trial transcripts in the basement of his family’s brownstone.

Stephen made an attempt to follow his father into dentistry — he had regained his dentist’s license after leaving prison — by studying in a pre-dental program at the City College of New York. But he did not enjoy science and instead went on to earn a bachelor’s degree in international relations.

After graduation he moved to Washington, where he worked for pulp crime magazines and as a radio reporter. Later, back in Manhattan, he was an editor at CBS News.

But after starting to write short stories — inspired by the example of his brother Jimmy — he knew he had found his métier. “It was like a cork popping out of my skull,” he told Johns Hopkins Magazine in 2007. “I was in ecstasy.”

After Jimmy, a magazine writer, died in 1960 when the freighter he was on in the North Atlantic disappeared, Mr. Dixon felt that he was continuing his brother’s work. Jimmy Dixon had a short story published after his death.

“There have been times when I’ve had the feeling he was leaning over my shoulder, giving me approval and directing my prose,” he told The Baltimore Sun in 2007.

Mr. Dixon advanced his literary education with a fellowship at Stanford University in 1963 and published his first story that year in The Paris Review. Fiction began to flow from his typewriter; he wrote for major magazines like Esquire and Playboy and for literary reviews and journals, none of them too obscure for him to send pitches to.

In a review of two of Mr. Dixon’s books in The Times in 1999, the novelist Vince Passaro recalled working years earlier as a reader at Antaeus magazine, where he would see story submissions from Mr. Dixon arrive regularly “in worn envelopes, hastily addressed,” with torn pieces of paper that were signed, “Here’s my latest, Stephen.”

“If you didn’t know who he was,” Mr. Passaro wrote, “you would have thought of him as an inmate with typewriter privileges, a desperate voice behind prison or asylum walls, so driven and copious was the prose.”

Mr. Dixon drew inspiration for his writing from his marriage to Anne Frydman, a poet, translator and Chekhov scholar who died of complications of multiple sclerosis in 2009, and his brother Don, whose death when a tree fell on him in 2002 is echoed in the freakish death of one of two brothers in “Phone Rings” (2005).

In addition to his daughter Sophia, Mr. Dixon is survived by another daughter, Antonia Dixon Frydman; a grandson; and his sisters, Marguerite Franco and Pat Dixon.

Mr. Dixon continued to write until recently, despite the effects of Parkinson’s and arthritis.

In “80,” the story published in Heavy Feather Review, he described an old man with wispy white hair, a pot belly and yearnings for a woman, looking at the day ahead at 3 a.m. He will do what he’s done for 60 years, as Mr. Dixon had done for about that long: write.

“And that’s start a new story, or work on one of the unfinished ones till it’s finished, and on and on like that so he always has something to do and go back to every morning.”

“If that ever stops,” he added, “he doesn’t know what he’d do with his time other than go to the Y, shop for food, nap a lot, read, have lunch with a friend about once every six weeks and at night watch a movie his daughter arranged for him to get through her streaming service, if that’s what it’s called, on his wife’s old computer.”

For Some Horror Writers, Nothing Is Scarier Than a Changing Planet