Spring in the time of coronavirus: Nature can be a ‘balm’ for Covid-19 and this book functions as a literary window into the wonderful wild world during lockdown

THE CONSOLATION OF NATURE: SPRING IN THE TIME OF CORONAVIRUS

In mid-April last year, I lay on my back in a meadow near my home in suburban Essex. Beneath deep blue skies unscarred by vapour trails I watched the progress of individual bees as they clambered over the frilly pink petals of cuckoo flowers.

A few metres away, my children stood knee-deep in the gin-clear river, attempting to catch glittering, red-finned rudd in an old sieve.

I feel uncomfortable recalling the deep peace we felt that day, because so many others were far less fortunate. That week, British deaths from the coronavirus were peaking at upwards of 900 a day.

People were scared, lonely, isolated, angry. Domestic violence and suicide were on the rise and cancer diagnoses were being delayed. ‘You almost felt nature should have been switched off, out of sympathy,’ says naturalist Michael McCarthy. ‘Yet nature went blithely forward, as nature has always done.’ Although McCarthy and his fellow nature writers Jeremy Mynott and Peter Marren had always studied the seasonal wildlife, they realised that, as the pandemic stilled the human activity around them, they were all paying closer attention to their immediate surroundings. 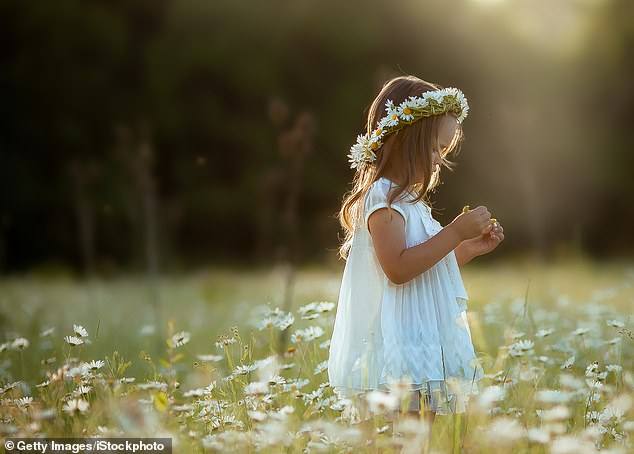 This book is by nature writers Michael McCarthy, Jeremy Mynott and Peter Marren who describe how the seasons can help us navigate difficult times during the pandemic

In rural Suffolk, Mynott strode out across the farmland where tawny owls swoop low over ditches swaying with vetches, red campion, trefoil and ox-eye daisies. By the River Kennet in Wiltshire, bug expert Marren sat on the chalky soil and waited for rare Duke of Burgundy butterflies to lay their pearly eggs beneath the leaves of the cowslip.

All three men kept thoughtful journals of the ‘corona spring’, which they’ve collected into a charming book. As captivated by language as by the flora and fauna they observe, all three quote regularly from old poems which remind us that, before concrete and plasma screens, our forebears had time and opportunity to relish their intimacy with nature.

On April 19, Mynott records finding a dead mole beside a footpath. The soft little corpse allows him to share his knowledge of these strange mammals which can shift six kilos of soil in 20 minutes.

They are voracious eaters, we learn, but handle their earthworm prey in a surprisingly ‘fussy’ way. They usually bite off the worm’s tail first, before placing the head in their mouth and squeeze out all the earth from the tail. They then store the worms, still alive, to eat at their leisure. 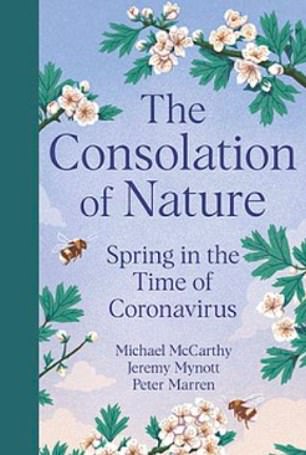 The Consolation of Nature: Spring in the Time of Coronavirus by Michael McCarthy, Jeremy Mynott and Peter Marren (Hodder £14.99, 240pp)

The mole isn’t the only creature who lives in its own, mostly solitary ‘lockdown’. Peter Marren also tells us of the fly called Chiastochaeta which spends its entire life hidden inside the golden ball of a blossom known as the globeflower. ‘Perhaps,’ muses Marren, ‘they have no awareness of the world beyond it, reduced to what Boris calls ‘the essentials’.

Rejoicing in the sight of buzzards returning to the skies over London now that the planes have ceased screaming into Heathrow, McCarthy reminds us of how human pollution has driven other creatures from spaces they once enjoyed.

We’ve always known that getting out into the natural world makes us feel good. But it wasn’t until 1982 that scientists really began to explore the quantifiable health benefits, when an American architect called Roger Ulrich, who specialised in hospital design, completed a nine-year study of patients following gall bladder surgery.

Although they all received the same care on the same ward, those whose beds faced windows with a view out over the trees made substantially better and quicker recoveries than patients whose beds offered only the view of a brick wall.

As spring approaches, those unable to leave their homes during the current lockdown will find that this book functions as a literary window into the wonderful wild world.

It also makes a passionate plea for us to learn from this strange and difficult past year. We must ‘beware the consequences of degrading nature, as was done in the wet markets of Wuhan’. And we must tackle man-made climate change now.

McCarthy, Mynott and Marren have faith in their readers to fight for a planet which, to quote Wordsworth, is allowed to flourish ‘bright and glittering in the smokeless air’.

Ian Rankin: How the frustrations of being a special needs parent fuel his writing