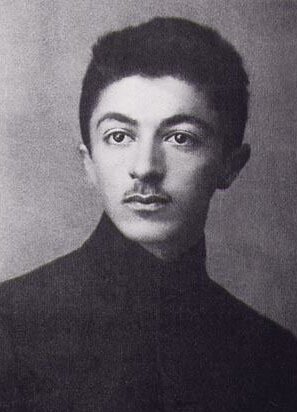 In April 1951, the police in Paris called on my great-grandfather, Prince Mohamed-Hussein Firouz, to identify a dead body. It was that of Sadeq Hedayat, who is today eulogized as Iran’s great literary modernist. Days before, Hedayat had sealed up the apartment on Rue Championnet where he was staying and opened up the oven’s gas valve before lying down on the kitchen floor.

In Tehran, Firouz had known Hedayat, the son of aristocrats who moved in the same courtly and literary circles. An army officer who was educated in czarist Russia and fastidious about his dress, Firouz carried a trim mustache and tortoiseshell eyeglasses, and read Le Figaro daily. While men like Firouz easily found their place under Iran’s army-led monarchy, Hedayat did not.

In the early 20th century, Iranians of their class proudly appropriated European culture, wore Sulka cravats and sprinkled their Persian with French expressions — as Hedayat did in letters when describing existentialism in France as démodé, or praising Henry Miller and James Joyce for their originalité. Among the last interloping foreign words of his published Persian letters is psychose. “They diagnosed me with psychosis and granted me leave for two months of recovery in France,” he writes, after a visit to the doctor in Tehran.

“As long as Hedayat was alive no one understood him,” the intellectual Jalal Al-e-Ahmad said of his literary mentor months after Hedayat’s death. “Perhaps no one took him seriously.” Today Hedayat is spoken of not only as Iran’s first modern writer but also, as one critic suggests, the first “modern Iranian” tout court. His biography has become almost entirely entwined with his most famous work, BLIND OWL (Penguin Classics, 87 pp., paper, $14), which arrives in a new English translation this year. Posthumous Persian editions carried a cover with an owl wearing Hedayat’s signature round eyeglasses, or the author’s head growing into the form of the nightbird. Two years after the author’s death, Roger Lescot published a French translation that André Breton praised as a masterpiece of surrealism. The novel, its Parisian publisher said, was “the curse of a dream that creeps into reality.”

Hedayat is a legend, but he is still misunderstood. A story that is told by a bedridden man drifting between hallucinations and toward his own death, “Blind Owl” (1936) has been given vastly different readings over the decades — as an allegory of political repression in Iran, or as a personal testimonial of Hedayat’s depression. The book defies criticism, others have said. In a sense, it is nothing more than a grim jeu d’esprit that shows signs of having been published in a hurry, as the first copies of the handwritten volume — which Hedayat distributed in Bombay during his year in India — included not a few spelling mistakes. The new Penguin Classics edition provides a much-needed and clear translation by the Iranian American scholar Sassan Tabatabai, but its introduction does little to settle the place of Hedayat or his puzzling masterpiece.

Hedayat was born in 1903 into the family of the 19th-century courtier Reza Qoli Khan, who was the last great Persian littérateur of the medieval tradition. But Hedayat was given a modern, French-language education before being sent abroad to study in France and Belgium, where he wrote his first essay, “Death,” in 1926 and cultivated his lifelong interest in Sasanian antiquity and Persian folklore.

Back in Tehran, Hedayat carried on writing while making a poor living as a clerk and unsuccessful civil servant. He scoured weeks-old editions of Le Figaro for articles about Iran, cutting out any he found and forwarding them to a local newspaper to translate. He lived like a “hunted animal,” he writes in his correspondence with Hasan Chahid-Nourai, an Iranian diplomat in Paris. The left denounced Hedayat as a “pessimistic aristocrat” while he scorned the country’s conservative establishment. He carefully prevented “Blind Owl,” written when he was 33, from appearing in Iran until the 1940s, after press restrictions were briefly relaxed in the country. Even then, it was censored and published in installments.

The first time I read “Blind Owl,” I couldn’t finish it, though it’s less than 100 pages. I had what was until the 1990s the standard English translation by D. P. Costello. Years later, as a graduate student of Iranian history, I read it in Persian with my tutor, the poet Fatemeh Shams, and was taken away by Hedayat’s language — the rhythm of its almost-spoken style and its worn simplicity. I read the novel as a work of kill-the-father literary anxiety against the overwhelming corpse of Persian classicism.

The novel is a bizarre mise en abyme in which a painter keeps painting the same scene: a woman under a cypress by a stream, alongside an old man. The woman appears to him as an angelic beloved, but when he tries to pour a flask of wine into her mouth, he realizes that her teeth are clenched and she is dead. All of it reads like an opium-induced sendup of the tropes of old Persian poetry — wine, the mysteries of the beloved, almond-shaped eyes, even the title’s deathly owl, which takes the place of the sweet nightingales of tradition. (This iconoclasm finds its echo in Hedayat’s letters to Chahid-Nourai: He mocks the cant of poets, declares he can’t stand the droning of Persian music and sarcastically calls Iran “the country of roses and nightingales,” though it is mired in poverty.)

“Blind Owl” ends with the narrator murdering his wife in a final hallucinatory act. Throughout, he is haunted by the figure of the old man, who appears to take the form of a peddler, a butcher, a gravedigger and the narrator himself, who chops up and buries the figure of his angelic beloved. That woman too is the shattered, shape-shifting reflection of his mother, a temple dancer from India. Hedayat’s fiction often carried the pattern of arabesques that drew the form of one character into that of another, but for its sheer and confounded strangeness, “Blind Owl” stands apart.

In his introduction, the translator of this edition cites the “misogyny” of the narrator while withholding judgment on the author, unlike an earlier wave of criticism that denounced Hedayat for the novel’s violence against women. Many of those objections in the Iranian yellow press were rolled into accusations that Hedayat, like his narrator, was addicted to opium, though his nephew later countered that no one in their quiet, patrician family dared to touch drugs, let alone “smoke a cigarette in front of his mother or father.”

There isn’t any easy explanation for the violence of “Blind Owl,” but certainly its women are not characters in the conventional sense but figments of the narrator’s “sick” mind and his ugly hatred for his wife. Shams, my tutor, pointed out that the novel’s brutishness could be read in terms of European Surrealist paintings of the 1930s, which used violence against the body to shock and disrupt old conventions — pour épater les bourgeois, as Hedayat and many avant-garde French artists before him said. Still, like those paintings, the novel stands on its own aesthetic merits — as does the classical Persian poetry of which “Blind Owl” is a Baudelaire-like inversion. In a way, Hedayat was both a French and an Iranian writer; perhaps that’s why he’s been so often lost in between.

In 2005, Islamic Republic functionaries banned “Blind Owl.” Before the monarchy’s overthrow, revolutionaries like Al-e-Ahmad wanted to rewrite Hedayat as a dissident intellectual, but unlike them he didn’t reduce his art to political pamphleteering. His fiction, like that of the best writers, eschewed any clear conclusions and gave off endless reflections, like a mirror turned on a mirror. Perhaps that is, and will remain, the difficulty of “Blind Owl”: The novel takes on the form of a myth and a wild allegory, while the flickering hatreds of the narrator retain a verisimilitude and appear anchored in a disturbing reality.

Chahid-Nourai’s daughter later remembered Hedayat as a “somber and sad man with a funny little mustache” but faultless manners, who would visit with gifts of Wedgwood ashtrays and old Persian hats. It’s odd to think of this man as the author of “Blind Owl,” but it was Hedayat’s trick to turn his despair into a view of the human condition, as his letters show. “Adieu, you cows, pigs!” he wrote to another friend in Paris. “All the better! At least there’ll be no more illusions. All is as clear as day.”