REGRETS? Wish I’d had more sex… Alan Bennett’s latest diaries, written in lockdown, are mournful and witty. He is still a shy, solitary show-off – but one who in old age rues his reticence

He’d always spent months ‘staring out of the window’, and with Covid on the loose, his preference for remaining isolated and indoors suddenly had ‘governmental endorsement’.

Though now aged 87, and ‘gone are the days when I could jump on my bike and pop down to the shops’, National Teddy Bear Bennett, in this little book, is at his witty and perceptive best, whether describing the awkward protocol of elbow bumps or remembering old-style cafes ‘with a revolving drum of coffee beans in the window and an intoxicating aroma’. 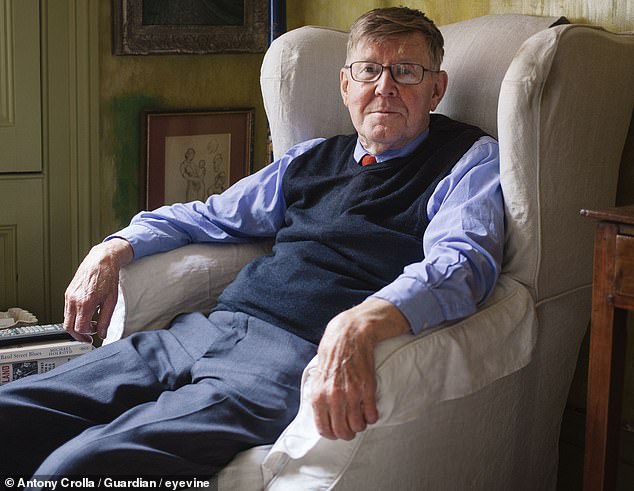 Alan Bennett, 87, (pictured) has written about his experiences during the lockdown. UK-based author reflects on confinement and the regrets that have mounted

Bennett seems to have a bottomless well of stories about growing up in Leeds. His mother, he tells us here, was phobic about germs. She thought open-necked shirts gave you tuberculosis, and sharing a bottle of pop spelled immediate death. Bennett’s long-suffering father, meanwhile, a butcher who played the violin, briefly took up fishing as a hobby. He never caught anything. ‘Perhaps Dad was fishing in the wrong place and was too shy to ask.’

On the way to the countryside, the luggage racks in the train carriage were crammed with tackle and canisters of bait — ‘maggots drizzled down’ on passengers’ heads. Another pastime was the brewing of non-alcoholic herb beer, which regularly exploded and ‘demolished the scullery’.

I liked the sound of mad Uncle Norris, who was convinced he’d found a cure for arthritis by cutting the foot off socks and creating an anklet. He’d never had arthritis so, he believed, ‘it must be a cure’. Norris received grateful letters from Churchill, Wilfred Pickles and Val Doonican — surely the only time in history Winston Churchill and Val Doonican shared the same sentence.

Always presenting himself, in his diaries and autobiographical plays, as mousey or mole-like, Bennett admits that at heart he is a show-off — and one way of swaggering, when growing up, was to pass a lot of exams and pose as an academic high-flier. ‘I could do it right from elementary school,’ he confesses. The trick, when confronted by teachers or the dons at Oxford, was ‘to suggest I was cleverer than I was’.

The modesty is false, of course — and on the principle that it takes one to know one, Bennett is caustic about Boris Johnson, a discredit to Balliol and ‘such a poor orator and speaker generally, one almost feels sorry for him’. Bennett loathes his oft-repeated, meaningless slogans, such as the phrase ‘our NHS’, remarking: ‘This is no assurance he won’t sell it off’. 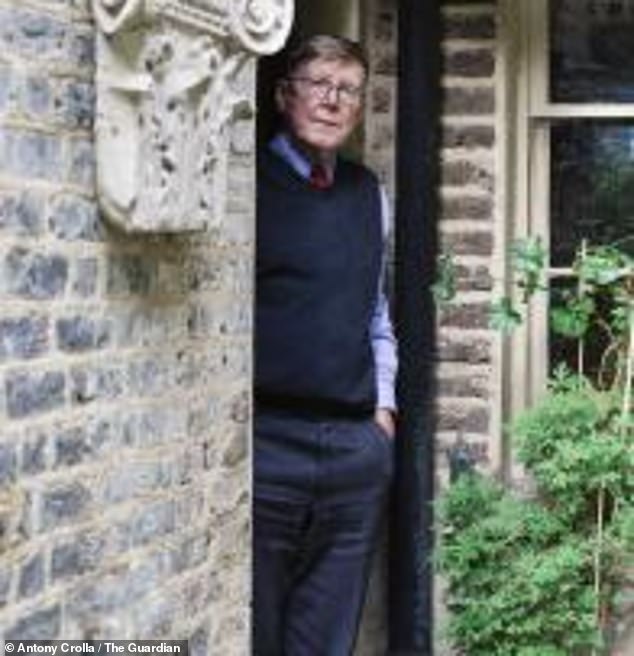 Alan says that he has two regrets. The first that Brexit happened and the second that at Oxford, 70 years ago, he regrets not having had the courage to have more sex

One Thursday evening Bennett is out for a stroll when the weekly pan-banging and clapping for the NHS starts. He frets that it appears ‘with me walking in the road, I am acknowledging the applause and even generating it’. He finds himself ‘feebly smiling and shaking my head’, as if responding to an ovation at the National Theatre. ‘It’s an absurd and inexplicable incident.’

In terms of his showbusiness existence, Bennett once turned down a role in a Victoria Wood comedy series. ‘I can’t face playing any more men with dusters.’

Bennett met Victoria Wood once, at the avocado counter in the Lancaster branch of Sainsbury’s. Had Thora Hird been present they could have put on a play. In fact, during lockdown the BBC re-made Bennett’s Talking Heads, with a younger cast.

I don’t think it quite came off — who can replace Thora Hird? Or Patricia Routledge? Also, Bennett’s references are antiquated and don’t bear updating: jam on a rolling boil, curtains in orange nylon, the Ewbank (a primitive Hoover) and characters named Doris, Mabel, Gladys and Graham. 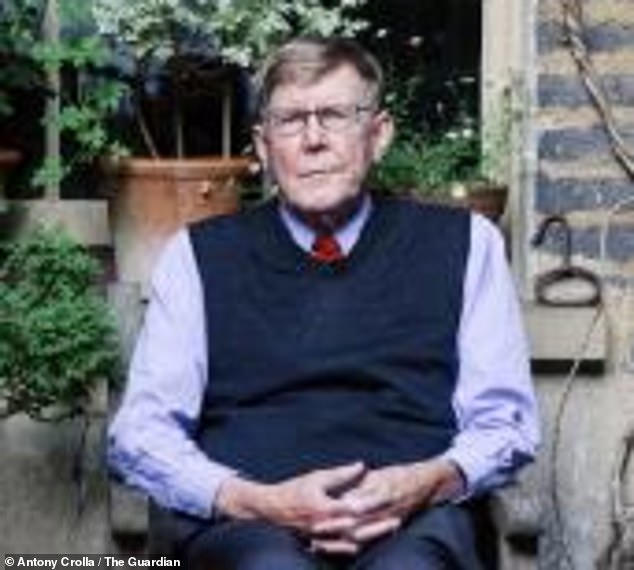 In 2006, aged 72, Bennett entered into a civil partnership with Rupert Thomas, editor of an architecture magazine. In old age he has been able to be free and unburdened in ways inconceivable when he was growing up and making his name with Beyond The Fringe

Bennett’s world exists in a timewarp. When he is out and about, his favourite destinations are junk shops and second-hand bookshops, those haunts of ‘the lonely and the eccentric’. In Age Concern he finds an art book autographed by the spy Anthony Blunt.

I could listen to Bennett wittering on for ever — I hear his mournful, amused voice coming off the page. He watches the Queen on telly, mentions her gloves now look like gauntlets, and is impressed as she walks backwards from the Cenotaph, after laying her wreath. More impressed, anyway, than he is by the sight of pensioners in supermarkets ‘brawling over toilet rolls’.

Two regrets remain. That Brexit happened, of course. Bennett is depressed by the news that ‘on account of his support for Brexit’, Ian Botham is raised to the peerage. Those who voted Leave remind Bennett of the ‘fools’ who believed war in 1914 ‘was just what was needed, as a cleanser and salutary shock’.

Secondly, he hints that at Oxford, 70 years ago, he regrets not having had the courage to have more sex. His emotions had to operate ‘from a distance’. There was a Roman historian he ‘fancied rotten’ called Fergus Millar, later Sir Fergus Millar (1935 – 2019 ), whom Bennett saw Mary Beard mentioning in the press. He ‘looked not unlike Welsh actor Ioan Gruffudd’. 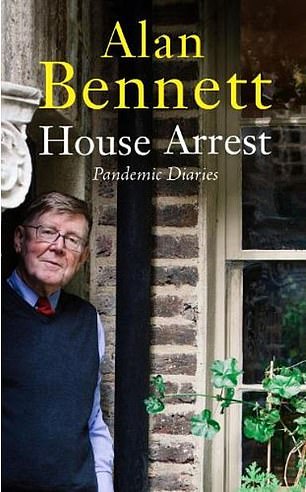 As fans of Bennett’s previous journals will know — Writing Home (1994), Untold Stories (2005), Keep On Keeping On (2016 ) — his one big theme is that he wishes he had lived more, hadn’t been so inhibited, was more open sexually. In 2015, for example, he was delighted to be given a picture of a plumber ‘all tooled up and girded with a belt of a plumber’s typical accoutrements so dense and various that one doesn’t immediately spot hanging among the ratchets, wrenches and spanners… his personal hosepipe,’ or what Bennett clarifies as ‘another plumber’s tool’.

In 2006, aged 72, Bennett entered into a civil partnership with Rupert Thomas, editor of an architecture magazine. In old age he has been able to be free and unburdened in ways inconceivable when he was growing up and making his name with Beyond The Fringe. I love the story of Bennett and Rupert in the car and a pretty girl crosses the road slowly and provocatively in front of them. ‘If I’d been bold,’ said Bennett, ‘I’d have wound the window down and said, “We’re nancies! Big t**s mean nothing to us!” ’

It must be nice to be nearly 90 and have daft and randy thoughts.

He is manifestly out in front. Though he has rejected a knighthood, because offered by the government, surely the O.M. is overdue — that gong is in the personal gift of the monarch. Buckingham Palace, please note.

When the Urge to Write Is a Life Sentence