Rebel nurse who rivalled Florence Nightingale! Biographer reveals how Mary Seacole defied the racist, sexist attitudes of the 19th century to treat soldiers on the battlefields of the Crimean War

IN SEARCH OF MARY SEACOLE

Since she was voted ‘The Greatest Black Briton’ in a 2004 poll, Mary Seacole has become a popular subject in school history lessons. Children love the inspirational story of the plucky Jamaican nurse who defied the racist, sexist attitudes of the 19th century and sailed across the world to treat wounded and disease-stricken soldiers on the battlefields of the Crimean War in the mid 1850s.

But scholarly biographer Helen Rappaport says that, in their rush to celebrate Seacole, the authors of school textbooks have failed to check the facts, relying too heavily on Seacole’s best-selling account of her life, The Wonderful Adventures Of Mrs Seacole In Many Lands, without thinking that a financially troubled 60-something woman in Victorian London might have forgotten some details and deliberately concealed others. 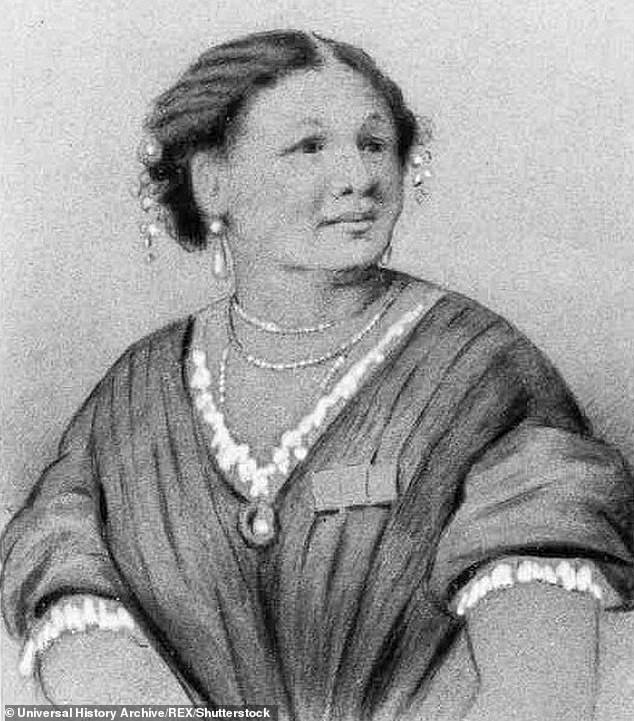 Seacole was always vague about her early life in Jamaica. Although her Wikipedia entry confidently asserts her date of birth as November 23, 1805, she writes simply that she ‘was born in the town of Kingston in Jamaica, some time in the present century’.

Rappaport crisps up the details, unearthing evidence to suggest that her subject was born to the unmarried John and Rebecca Grant. The darker-skinned Rebecca, we learn, was probably of mixed heritage, likely to have taken her name from a former slave master. John Grant was probably a Scottish soldier who appears to have died while his daughter was still a baby. Young Mary watched her mother preparing local remedies and the ‘ambition to become a doctress early took firm root in my mind’.

Jamaican women had a good reputation in the healing arts. In 1780 Cubah Cornwallis became famous for treating British naval officers (including a young Horatio Nelson) who’d been struck down with fever. While some European medical men of the period disdained the common-sense nursing of these ‘hothouse women’ as dangerous quackery, modern experts now condemn much conventional Victorian medicine as ‘benevolent homicide’. The most esteemed British surgeons of the period relied on mercury, opium, arsenic, blood-letting and purging.

Frustratingly, we don’t know much about how Seacole treated her patients, but we do know she would have hydrated them with hot teas and warmed their extremities with poultices. They would have been sustained by the vitamins in her lime and pomegranate cordials. She would have kept them clean and well-fed. She would certainly have done less harm than her white male contemporaries. 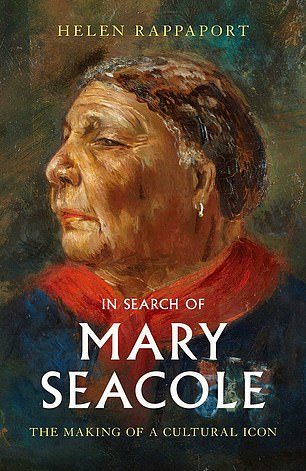 IN SEARCH OF MARY SEACOLE by Helen Rappaport

Mary began her life as an entrepreneur, making a bold solo trip to London in 1821 to sell Jamaican pickles. She was shocked by the insults hurled on the English streets. Seacole never saw herself as black, but she was proud of her complexion. ‘I have a few shades of deeper brown upon my skin which shows me related — and I am proud of the relationship — to those poor mortals whom you once held enslaved, and whose bodies America still owns.’

When Mary heard of the terrible conditions suffered by British soldiers in Crimea, she returned to London to offer her services. But she was rejected by those recruiting to join Florence Nightingale’s team. Nightingale later wrote: ‘I had the greatest difficulty in repelling Mrs Seacole’s advances, and in preventing association between her and my nurses (absolutely out of the question!).’

Seacole eventually sailed out to Crimea under her own steam and rivalry soon developed between the cold but incredibly efficient ‘Lady of the Lamp’ and the big-hearted, informal ‘Mama Seacole’. While crisply dressed Nightingale worked at scrubbing wards away from the battlefield, Seacole dressed in bright ribbons, sold wine to weary soldiers and strode into the mud to treat the wounded.

While both of these ‘ministering angels’ were praised in the press, only Nightingale was invited to visit Queen Victoria. As the abolitionist Queen didn’t share the racist beliefs of her contemporaries, Rappaport suspects Nightingale of nixing that honour. And while Nightingale was permitted to found a school for nurses, the bankrupt Seacole could only flog her memoirs.

But indomitable Mary never lost heart. She continued to travel, trade and offer healing skills to rich and poor alike, before dying in London in 1881.

Rappaport does a terrific job of bringing respectful rigour to her account of Seacole’s extraordinary life. She finds further evidence that the ‘little maid’ with whom Seacole travelled was probably her illegitimate daughter.

And in 2003 she also identified the only known portrait of Seacole — found at a ‘posh boot sale’ in the Cotswolds — and ensured the painting ended up in its rightful place at the National Portrait Gallery. Although she looks sombre in the picture, it’s worth remembering that this woman was sustained throughout her life by the best medicine of all. ‘For my part,’ she once said, ‘I could not live without laughing.’

Frank Lloyd Wright: Separating the Life From the Work