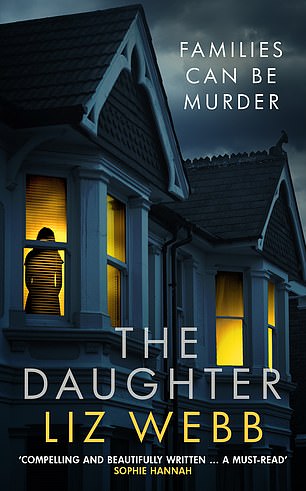 Trying to mix comedy with psychological thriller-writing is risky, but Liz Webb has pulled it off with this beautifully observed, darkly funny and surprisingly tender debut. We meet messed-up 37-year-old Hannah Davidson sitting with her critically ill, dementia-suffering father in hospital as she whispers in his ear ‘Did you murder Mum?’

Hannah is newly thin with a different haircut and is now the spitting image of her dead mother, so she sets out to weaponise that resemblance to get to the bottom of her mother’s death.

Hannah’s is a strangejourney that reunites her with her estranged brother Reece, a famous TV actor, and forces her into a spiral of personal danger. Her quest leads to troubling and unexpected answers before this highly original plot reaches a satisfying and tense conclusion.

Webb’s perfectly tuned one-liners and powerful understanding of loss make this truly stand out in a noisy marketplace that only rarely delivers such a thoughtful, pitch-perfect read.

ONE OF THE GIRLS

We know right from the start that there is murderduring the four-night hen getaway of bride-to-be Lexi and her five girlfriends. The story is told from all six girls’ points of view, which can get a bit tiring.

But we learn early on that they all have secrets and the deft character-driven plotting means the story hops along at a convincing pace.

A remote villa on a blissful Greek island is the setting for them to gradually reveal the extent of their jealousies and rivalry. The true nature of friendship and the effects of the group dynamic is one of the best-told aspects of the story. The ending is pleasingly unpredictable, and it won’t disappoint fans of Clarke’s bestseller The Castaways. 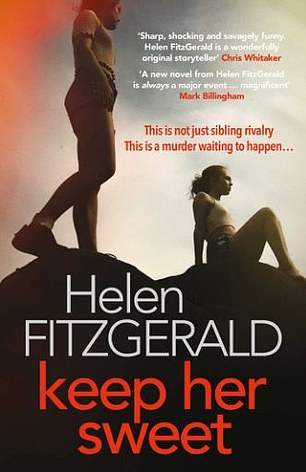 Family therapist Joy arrives at the home of a downsized couple, Penny and Andeep, to sort out the obvious and not-so-obvious problems facing the family.

The obvious one is the catastrophic sibling rivalry between the two 20-something daughters, Asha and Camille, who have recently returned to live with their parents. The staccato tone makes for easy reading and the quasi-comic atmosphere and deliberately exaggerated plot lines don’t undermine the serious issues that the author is exploring.

Andeep’s character as a stand-up comic whose jokes are no longer funny to anyone except his long-suffering wife is particularly poignant and original, while the casual damage meted out by family members grappling with their own inadequacies will resonate with most.

The vivid drama of the explosive conclusion can be read simply as an ending to a slightly far-fetched story — or a warning to us all for not paying enough attention to our family problems. Toughminded and funny, but laced with serious intent.

Comings and goings as new page turns for Sydney bookstores

In Deep Water by Michael Brennan: The blunders and backlash behind bruising Irish Water fiasco