In April 2019, the comedian John Oliver devoted a segment of his satirical newscast on HBO to the Sacklers, owners of the company that makes the powerful painkiller OxyContin. Public anger toward the family for seeding America’s opioid epidemic was building, and Oliver added to the opprobrium that evening by lampooning statements made by one of its members in court documents that had recently become public. Under the circumstances, you might have expected the Sacklers to feel chastened and lie low. But that would be badly underestimating their callousness. 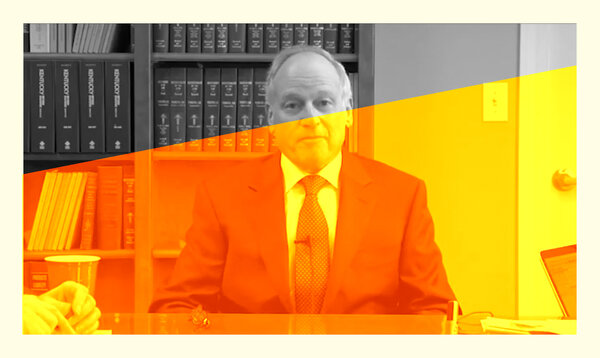 Jacqueline Sackler, who married into the clan, tried to get Oliver to kill the segment before it aired. When that didn’t work, she sent an angry email to others in the family lamenting that the show was her son’s favorite and complaining that the unwanted media attention was interfering with his high school prospects. “Lives of children are being destroyed,” she railed, apparently unaware how entitled and tone-deaf she sounded.

This is one of many infuriating passages in Patrick Radden Keefe’s “Empire of Pain: The Secret History of the Sackler Dynasty.” Put simply, this book will make your blood boil.

Some 500,000 Americans have died from opioid-related overdoses since 1999, and millions more have become hopelessly addicted. Not all of this wreckage can be laid at the feet of the Sacklers, but a lot of it can. By aggressively promoting OxyContin, their company, Purdue Pharma, ushered in a new paradigm under which doctors began routinely prescribing the potent and dangerously addictive narcotics. In the process, the Sacklers became fabulously rich, reaping, according to one expert’s court testimony, some $13 billion.

The broad contours of this story are well known. Hundreds of news articles and several books have been written about it, most notably “Pain Killer,” by the former New York Times reporter Barry Meier. Keefe comes late to the party and he’s careful to credit Meier and others for their trailblazing journalism (Meier even appears as a character in several chapters). But what would normally be a weakness becomes a strength because Keefe, a New Yorker staff writer and the author of, among other books, the prizewinning “Say Nothing” (2019), a history of the Troubles in Northern Ireland, is blessed with great timing. In the past few years, numerous lawsuits filed against Purdue by state attorneys general, cities and counties have finally cracked open the Sacklers’ dome of secrecy. Thousands of court documents have become public through discovery, including internal company emails and memos that give new insight into the family’s actions and thinking. Keefe combines this wealth of new material with his own extensive reporting — he spoke to more than 200 people (though the Sacklers themselves declined to be interviewed) — to paint a devastating portrait of a family consumed by greed and unwilling to take the slightest responsibility or show the least sympathy for what it wrought.

While other accounts of the opioid crisis have tended to focus on the victims, “Empire of Pain” stays tightly focused on the perpetrators. The first part of the book chronicles the life of the family’s patriarch, Arthur Sackler, the eldest of three brothers born in the early 1900s to Jewish immigrant parents in working-class Brooklyn. Arthur has little, if any, connection to the modern-day Purdue Pharma other than the fact that he owned a third of the company’s first incarnation, Purdue Frederick, until his death in 1987. But Keefe makes the case, mostly convincingly, that Arthur invented the drug-promotion playbook Purdue later took a page from when it started selling OxyContin. In an eerie parallel, we learn that Arthur made much of his nine-figure fortune as the adman who marketed the tranquilizer Valium and turned it into the pharmaceutical industry’s first blockbuster. Of course, Valium too was addictive and, in 1973, after its maker, Roche, had sold hundreds of millions of dollars of the drug, it became a controlled substance.

While Arthur’s life makes for fascinating reading — he had three wives and became an avid collector of Asian art, negotiating a secret deal with the Met to store his coveted collection in one of the museum’s wings free of charge — he played no role in the OxyContin saga, which made me question Keefe’s decision to devote fully one-third of the book to him. Arthur’s heirs, who after his death sold their stake in Purdue to his brothers, Raymond and Mortimer, will surely bemoan this choice. They blame the other two branches of the family for soiling the Sackler name, one heir referring to them as the “OxySacklers.”

It’s hard not to agree with them. Arthur may have been the first to blur the lines between medicine and commerce, and he pioneered modern drug marketing, but his sins pale compared with those of the OxySacklers. Especially with those of his nephew Richard Sackler, who was president of Purdue Pharma from 1999 to 2003 and continued to exert a strong influence on the business for years afterward from his perch on the board. It was Richard who pushed to develop OxyContin in the 1990s and who led the charge to market it for routine pain when the F.D.A. approved it in 1995, urging Purdue’s army of sales reps to unleash a “blizzard of prescriptions.”

For a long time, Richard’s and his cousins’ involvement was obscured by the family’s secrecy and by loyal employees’ willingness to fall on their swords, such as when three Purdue executives pleaded guilty to a misdemeanor count of misbranding in a 2006 settlement with the Justice Department. But the trove of documents that has since come to light through the multidistrict litigation, which Keefe weaves into a highly readable and disturbing narrative, shatters any illusion that the Sacklers were in the dark about what was going on at the company. The fingerprints of the Raymond and Mortimer branches are all over Purdue’s misdeeds. OxyContin was their cash cow and they milked every last dollar from it despite knowing what it was doing to the country.

Keefe came to his subject in a roundabout way: He’d been reporting on Mexican drug cartels when he noticed their increasing reliance on heroin sales — a development closely linked to the exponential rise in prescription opioid use. When addicts couldn’t get their hands on OxyContin, or when a new formulation made it harder to crush the pills and extract their payload, they graduated to heroin.

The narco trafficking analogy, it turns out, is apt. There are some obvious parallels between El Chapo and the Sinaloa cartel and the Sacklers and Purdue. Like the Mexican drug lord, the Sacklers used their money to persuade people to do their bidding — from the F.D.A. reviewer who landed a $400,000-a-year job at Purdue barely a year after approving OxyContin to the former U.S. attorney who went from being one of the first to raise alarm bells about the drug to becoming a company consultant after he left office. And like El Chapo, the Sacklers threatened and intimidated those they couldn’t put on the payroll. That may have included Keefe himself, who noticed a man watching his house from a parked S.U.V. last summer, in all likelihood, he thought, a private investigator hired by one of the law or crisis management firms advising the family. (When Keefe asked the Sacklers about the surveillance, a representative of the family declined to comment.)

If there’s one difference between El Chapo and the Sacklers, it’s that El Chapo is paying for his crimes with a life sentence in a supermax prison in Colorado while the Sacklers get to hold onto their freedom and most of their money. But with the help of this damning book, there’s one thing they’ll never recover despite their penchant for putting their name on museums: their reputation.

5 Books That Shed Light on D-Day