O’Rourke, who died on Tuesday at 74, was a sharp-toothed satirist whose conservatism wasn’t doctrinaire. 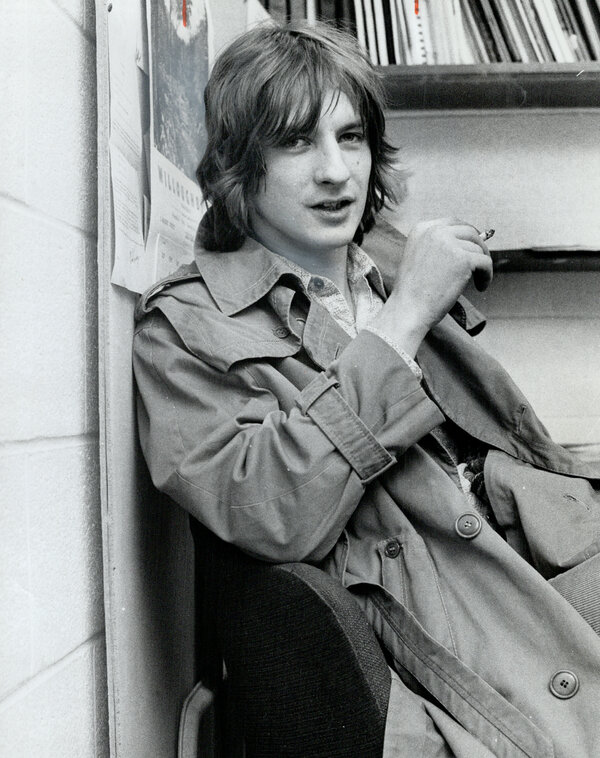 During the 1980s and ’90s, his heyday, P.J. O’Rourke owned one of those bylines — like Nora Ephron’s, or Michael Kinsley’s, or Calvin Trillin’s — that made many readers, including this one, tingle with anticipation.

O’Rourke, who died on Tuesday at 74, came bombing in from the right side of the political spectrum, which made him doubly interesting. He was that rare conservative who appeared to be having a better time, and doing better drugs, than everyone else. He was well-read; he was, it often seemed, the only funny Republican alive.

His books — “Holidays in Hell” (1988), “Parliament of Whores” (1991) and “Age and Guile Beat Youth, Innocence, and a Bad Haircut” (1995) among them — often collected his journalism. Their author, these books made clear, liked to get out of the house.

Some of his best writing was about the open road. One early piece was memorably titled, “How to Drive Fast on Drugs While Getting Your Wing-Wang Squeezed and Not Spill Your Drink.” In 1980, for Car and Driver, he drove cross country in a blood-red Ferrari 308GTS.

This euphoric passage from that piece, about overtaking a Porsche, is as good a snippet of O’Rourke’s high style as any:

We came by a 930 Turbo Porsche near the Talladega exit. He was going about 90 when we passed him, and he gave us a little bit of a run, passed us at about 110, and then we passed him again. He was as game as anybody we came across and was hanging right on our tail at 120. Ah, but then — then we just walked away from him. Five seconds and he was nothing but a overturned-boat-shaped dot in the mirrors. I suppose he could have kept up, but driving one of those ass-engined Nazi slot cars must be a task at around 225 percent of the speed limit. But not for us. I’ve got more vibration here on my electric typewriter than we had blasting into Birmingham that beautiful morning in that beautiful car on a beautiful tour across this wonderful country from the towers of Manhattan to the bluffs of Topanga Canyon so fast we filled the appointment logs of optometrists’ offices in 30 cities just from people getting their eyes checked for seeing streaks because they’d watched us go by.

For many years O’Rourke was Rolling Stone’s foreign-affairs desk chief. He was a detector of dichotomies, when he wasn’t camped out like Graham Greene in a hotel bar. “Each American embassy comes with two permanent features,” he wrote: “a giant anti-American demonstration and a giant line for American visas.”

The satirist, political commentator and best-selling author died Feb. 15. He was 74.

O’Rourke’s conservatism wasn’t doctrinaire. Like H.L. Mencken, who influenced his writing, his bedrock loathing was for sanctimony. Liberals, to O’Rourke, were pretentious bores who want to “make us carry our groceries home in our mouths.”

“By loudly denouncing all bad things — war and hunger and date rape — liberals testify to their own terrific goodness,” he wrote. He added: “It’s a kind of natural aristocracy, and the wonderful thing about this aristocracy is that you don’t have to be brave, smart, strong or even lucky to join it, you just have to be liberal.”

Yet he voted for Hillary Clinton. “She’s wrong about absolutely everything,” he said, “but she’s wrong within normal parameters.” About Trump he said, “This man just can’t be president. They’ve got this button, you know, in the briefcase. He’s going to find it.”

He provoked the right in other ways. Accepting asylum seekers was consistent with conservative principles, he argued: “Aren’t we pro-life?” he asked. “Aren’t refugees life?”

Too often, O’Rourke shot fish in a barrel. His sentences lost some of their snap over time. He became an imitation of himself, an occupational hazard for a big personality. A certain Foghorn Leghorn quality crept in. The cocky cigars didn’t help.

Tucker Carlson stole O’Rourke’s preppy look (khakis, blue blazers) but not his wit, his cool or his intolerance for the barking mad.

About the way he dressed, O’Rourke commented: “The weirder you’re going to behave, the more normal you should look. It works in reverse, too. When I see a kid with three or four rings in his nose, I know there is absolutely nothing extraordinary about that person.”

O’Rourke’s death matters not just because he was a lively presence, a cranky original. His absence leaves a martini-glass-size gap in what remains of conservatism’s huddled and surrounded intellectual and cultural wing.

The influential conservative critic Terry Teachout, who wrote for The Wall Street Journal, died earlier this month. Joan Didion’s obituaries reminded us that she published much of her early work in The National Review. A glacier of a sort has almost entirely melted.

O’Rourke was a charmer, not a haranguer. Each of his essays, I’d guess, won more converts to conservatism than a lifetime of columns by Charles Krauthammer or Michelle Malkin. Almost anyone can thunder. Almost no one is reliably light on their feet.

O’Rourke wrote a semi-satirical book of etiquette, “Modern Manners,” which appeared in 1983. I’ve always found his advice to be completely excellent.

When my wife is anxious about our tax debt but I badly want to go out to dinner, I remind her, as O’Rourke wrote, that it’s “better to spend money like there’s no tomorrow than to spend tonight like there’s no money.”

That’s hardly a conservative impulse. O’Rourke’s contradictions are what made him a friend, on the page, worth having.