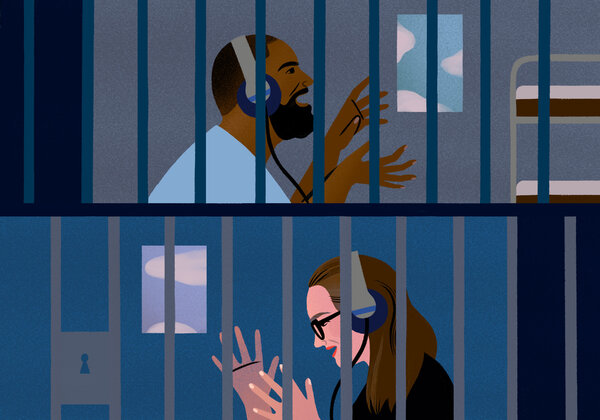 Welcome to the golden age of audiobooks. Maybe it’s because podcasts have given us an insatiable thirst for audio storytelling; or because companies like Audible and Libro.fm have made it so easy to amass digital listening libraries. Whatever the reason, we have finally reached an understanding that no, listening to a book instead of reading one does not amount to cheating. And no, audiobooks are not just some lesser form of a print book. Given the right story, the right narrator(s), the right production, audiobooks can be so engaging that it’s hard to imagine absorbing their stories in any other format — even on a page.

Take the work of David Sedaris, the humorist whose writing broke into the mainstream in 1992 with the help of radio. While he has become a household name for his essays — hilarious snapshots of life’s absurdities — he is perhaps even more beloved for his readings of them. As he himself loves to point out, his voice, razor-thin and instantly recognizable, often gets mistaken for a woman’s. His comedic timing is perfect without being expected, and his use of expletives is as judicious as it is creative. All of this is on full display in his latest volume, A CARNIVAL OF SNACKERY (Hachette Audio, 17 hours, 8 minutes). It is his second published collection of diary entries, after 2017’s “Theft by Finding,” this time spanning 2003-20. Here his reflections alternate between the tiniest of minutiae (the characters on “The Wire” are all “litterbugs”) and major events both personal and in the world at large (his sister Tiffany’s suicide, the election of Donald Trump). There are vulgar jokes (unprintable) and whip-smart one-liners (“They say that cigarettes take 10 years off your life, but they’re the last 10 years, so who wants them anyway?”) that will have you reaching for pen and paper before they’re gone. There may be some disappointment over his choice to bring in a second narrator, the British comedian Tracey Ullman. She reads all the entries written in England, Australia and Ireland, infusing the narrative with regional accents Sedaris presumably could never do. With anyone else’s diaries, casting a second reader might create an effect like encountering a split personality. But not here, perhaps because no one has a narrative presence quite like Sedaris’s.