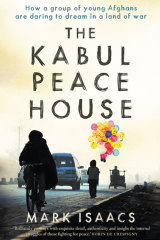 What a rare and wonderful creature this book is – a hope-filled, good news story from Afghanistan. In 2011, a doctor named Insaan set up a community of young people dedicated to non-violence and peace. After four decades of war that have devastated the social fabric, Insaan and ‘‘the Stalwarts’’ – as Mark Isaacs calls the young men and women of this community – have committed themselves to what seems, at first, like an impossible dream. All volunteers, they work on projects ranging from mediation and conflict resolution to psychological care workshops to help young people with mental health issues. It is hard not to hold your breath while reading their stories for fear of what will become of their idealism and their conviction that their nation’s ‘‘inner peace’’ begins with them. 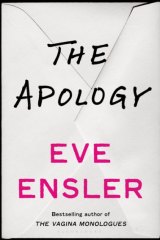 In a feat of heroic ventriloquism, Eve Ensler, author of The Vagina Monologues, places herself in her father’s shoes to tell the story of how he sexually and physically abused her, and why he did everything in his power to crush her will to live. Against all odds, she is able to elicit our sympathy for him as the child of parents who would admit no expressions of emotion or weakness. Similarly unexpected is her understanding of the tumultuous tenderness that her birth unleashed in her father. ‘‘No one had ever spoken of such feelings. My body had no way to receive or hold such sweet elation,’’ she imagines him reflecting. His treatment of her from the age of five was monstrous and yet Ensler does not caricature him as a monster. In this apology – that he never gave in life – she envisions a tormented soul in purgatory reckoning with his sins. 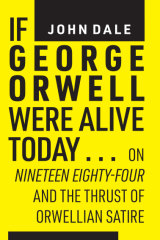 If George Orwell were around to write a third millennium version of Nineteen Eighty-Four what form of totalitarianism would be the model for his dystopia? John Dale contends it would not be the autocracies of Putin’s Russia or Xi Jingpin’s China but the Islamist regimes of countries such as Saudi Arabia, Iran and Pakistan. It’s a plausible thesis that seems to promise a comparison between Orwell’s novel and contemporary events or speculation about what shape such a novel would take. Dale is, however, not so much concerned with literary parallels or projections as with surveying the rise and export of Islamic fundamentalism, its chilling effect in the West, and with present-day writers’ failure to demonstrate Orwell’s mettle and ‘‘face up to the truth and write fearlessly’’. 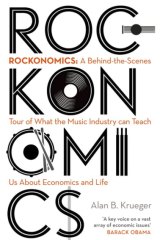 Treating the music industry as a petri dish for the broader economy, Alan Krueger argues that it offers the chance to observe radical disruption in real time. The creative destruction unleashed by digitisation and the ways in which the industry has adapted hold lessons, he says, for all businesses. At a micro-level, Rockonomics is a survival manual for musicians, managers, record labels and all those involved in the music business. Krueger’s key insights mix standard observations about the power of luck and the role emotions play in shaping consumers’ decisions, with more technical analysis of supply and demand, and price discrimination. At a macro-level, it’s a sobering analysis of the parallels between the winner-takes-all nature of this industry, and the disparity in income distribution economy-wide.