THE WILD SILENCE
By Raynor Winn

“The Wild Silence” continues the story Raynor Winn began in her well-received 2019 memoir, “The Salt Path,” but one can enjoy the sequel on its own, for it includes a recap of the circumstances that caused Winn and her husband, Moth, both in their 50s, to lose the beloved farm in Wales where they had kept sheep, grown vegetables and raised a family. Soon after their eviction (following a financial dispute with a business partner and a lost court battle), Moth received a diagnosis of corticobasal degeneration, or CBD, a brain disease with no treatment or cure. Ignoring his doctor’s admonition to avoid tiring himself or walking too far, and with no home to return to, the couple took to the outdoors instead, embarking on a strenuous monthslong hike along the 630 miles of England’s South West Coast Path.

This book opens with the couple living in a rented apartment in a Cornwall fishing village. Moth pursues a degree in sustainable horticulture, and Winn walks the seaside cliffs. From childhood she has chosen the company of grass, trees and wildlife over that of people. The wild has become her natural habitat, and she pitches the musty tent from their hike in their tiny bedroom in order to get the sleep she can no longer achieve on a mattress.

Winn fears that her husband will not be able to finish his degree. And she knows that he needs to keep moving; against the odds, the exertions of hiking have kept his disease at bay. After one scan, a doctor tells them that his brain has found new pathways to preserve his cognition and mobility. 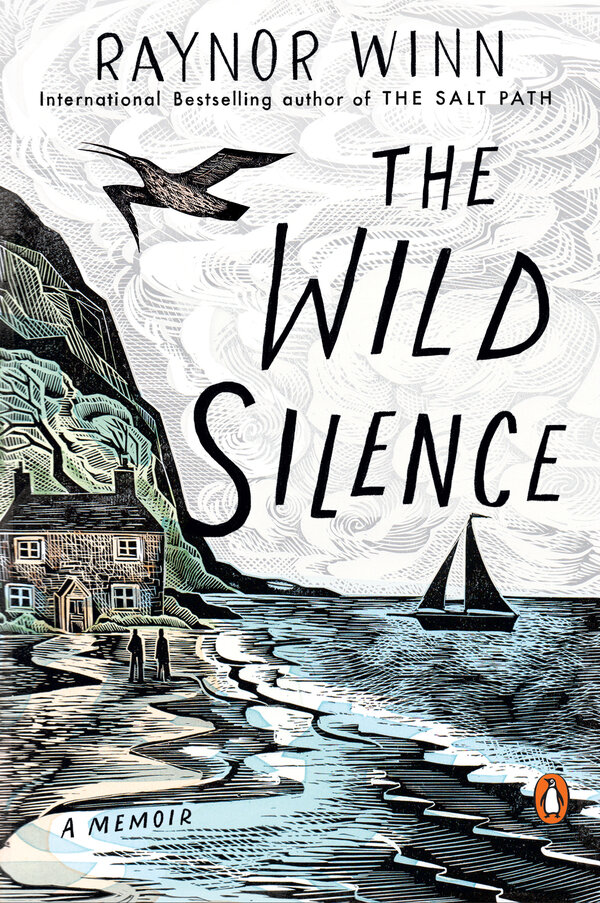 They rent a run-down stone house and orchard, and help the owner — who read Winn’s first book and reached out to her on Twitter — create a biodiverse farm. This entails removing soggy carpet, peeling wallpaper and black mold from the rooms, hauling debris from an old cider barn and clearing overgrown brush and grass. They discover that the farm, an inspiration for “The Wind in the Willows,” is near a major heron nesting site as well as platforms for ospreys. Winn observes one daily visitor, a buzzard, falling “like a dart from the sky” and then “lifting off, a deep-black mole grasped in its talons. … its feet still digging hopelessly through the air.” The book is full of such precise and engaging descriptions of deer, badgers, gulls, eagles and curlews.

Recognizing her place in the natural world helps Winn to come to terms with mortality: her husband’s and that of her mother, who is hospitalized at 90 with pneumonia and then suffers a severe stroke. Winn’s account of her conversation with a physician regarding her treatment and prognosis will be familiar to anyone who has had to face an urgent medical dilemma in which all the choices are bad.

After her mother’s death, Winn reassesses her husband’s condition, noting that “simply by living as he was built to,” his body had found a way to go on. “As surely as removing heavy human interference from the land was allowing the wildlife to return to the farm, so Moth was surviving by returning to a more natural state of existence … not with man’s intervention but without it.” When he obtains his degree they celebrate with an arduous, weeklong trek through lava fields and glaciers in Iceland.

Recognizing that humans are part of the natural cycle of life, death and renewal offers Winn reassurance. Holding her husband’s hand, she writes: “Whatever was lost or found in life he would always be a part of this. A part of the charged movement of molecules from the earth to the universe. He would never leave.” Later, she adds, “We would always need to find our way back to the path … to smell the salt and spread our arms into the wind on the cliff top.” It is there, listening to the ocean waves, and the cries of gulls and seals, that she hears the voice she’s known all her life, “the voice behind it all.”

Reading is its own reward – but our quiz winner will also get £1000!