THEY DREW AS THEY PLEASED Vol. 5: The Hidden Art of Disney’s Early Renaissance, the 1970s and 1980s, by Didier Ghez. (Chronicle, $50.) After Walt Disney’s death in 1966, his studio carried on his legacy with films including “The Jungle Book” and “Robin Hood.”

MARVEL: The Golden Age 1939-1949, selected and introduced by Roy Thomas. (Folio, $225.) The veteran Marvel editor has curated a special 80th-anniversary edition of five historic comic books, including a carefully reproduced facsimile of the first comic Marvel ever published, in 1939.

DRAG: The Complete Story, by Simon Doonan. (Laurence King, $40.) Barneys’ creative ambassador traces drag culture from ancient Egypt through the Renaissance to RuPaul, providing a fabulously comprehensive celebration of the intersection of gender fluidity and fashion.

BALLERINA PROJECT, by Dane Shitagi. (Chronicle Chroma, $40.) The New York-based photographer behind the popular Instagram account by the same title collects highlights from his 18-year project capturing some of the greatest dancers today, including Francesca Hayward (who wrote the foreword) and Isabella Boylston (who contributes an introduction).

MASK, by Chris Rainier. (Earth Aware Editions, $75.) A National Geographic photographer culls his images of masks — both old and new, from six different continents — that rescue indigenous rituals and cultures from obscurity. 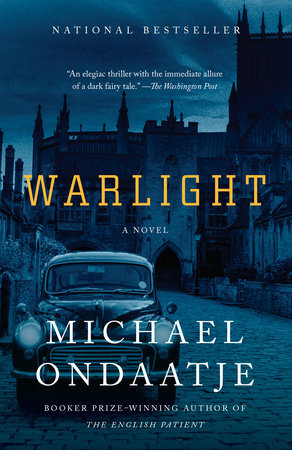 Of all the books I’ve read this summer, WARLIGHT, by Michael Ondaatje, has been the most transporting and delightfully unexpected. The novel begins in the shadow of World War II in London in 1945, when the 14-year-old narrator and his slightly older sister find themselves abandoned by their parents and left loosely in the care of strangers, two men of suspect professions. Ondaatje brilliantly evokes a haphazard time in postwar London: dark streets in areas the Blitz has destroyed, night barges transporting dogs bound for the racetrack, the world of spies. All of this is recounted by the narrator as an adolescent and later as an adult, as he tries to understand who his mother really was. This quiet book is not about overcoming all odds. As an adult, the narrator still weighs the harm caused by his abandonment and dislocation. To me, this haunting novel is about trying to make sense of painful, frightening events, to absorb the damage and make a kind of peace.