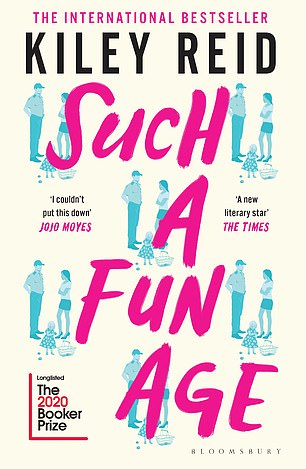 SUCH A FUN AGE

Emira is Briar’s regular babysitter and her employer, social media influencer Alix Chamberlain, asked her to take Briar to the shop while police attend an incident at the Chamberlain house.

The store is Briar’s favourite place, but while they are there Emira is accused of kidnapping the child. The situation escalates until Emira calls Briar’s father: ‘He’s an old white guy, so I’m sure everyone will feel better.’

Reid’s best-selling debut novel is a gripping and sharply comic account of money, sex, ambition, race and the faultlines that fracture contemporary society.

King Edward VII called Kensington Palace ‘the aunt heap’ — a reference to the minor royals who lurked in various corners of the 17th-century palace.

Although its status declined after the court moved to Buckingham Palace in 1760, Kensington has remained an important part of royal history.

Queen Victoria was born there, while Meghan Markle couldn’t wait to get away after her marriage to Prince Harry.

Below stairs is also home to a legion of servants, whose insights have proved a rich source for Quinn’s sparkling account of the often very unregal goings-on at the palace.

Richly laced with insider gossip, this is behind-the-scenes Royal history at its most entertaining. 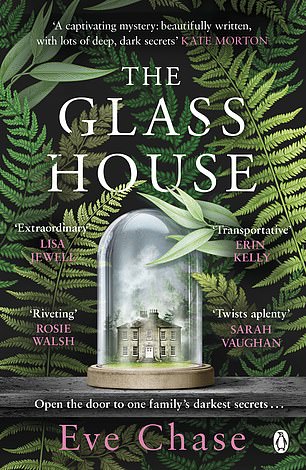 Deep in the Forest of Dean, an ancient manor house lies overgrown and neglected. Arriving there in the summer of 1971, Rita Murphy thinks that it looks thoroughly sinister.

This is not what Rita signed up for when she left Devon to take on a dream job as a nanny to the Harringtons.

But her first impressions of elegant Mrs Harrington and her adorable children, 12-year-old Terra and five-year-old Teddy, prove tragically mistaken.

Chase’s compelling account of dark family secrets — a Richard and Judy Book Club choice —weaves elements of Gothic suspense into a heartwarming modern story of blended families learning to heal the wounds of the past.