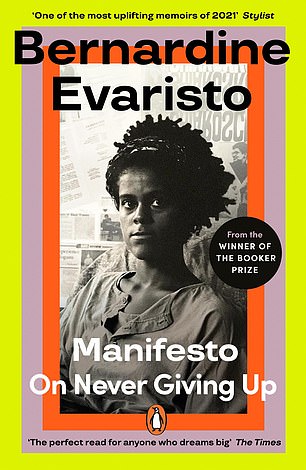 Manifesto: On Never Giving Up

In 1997, Bernardine Evaristo wrote an affirmation referencing the Booker. More than 20 years later, in 2019, when she became the first black woman to win the prize (which she shared with Margaret Atwood), she dryly notes she ‘became an overnight success’.

Evaristo’s journey combined relentless hard work with stubborn self-belief. She grew up in south London in a Catholic family of eight children born to a disciplinarian Nigerian father and an English mother. Leaving home at 18, she lived in a series of grim lodgings and survived a succession of relationships with unreliable and sometimes abusive lovers before meeting her husband, David Shannon.

Her powerful memoir is an inspiring account of how every setback only served to strengthen her determination not to let go of her dream.

All My Friends are Invisible 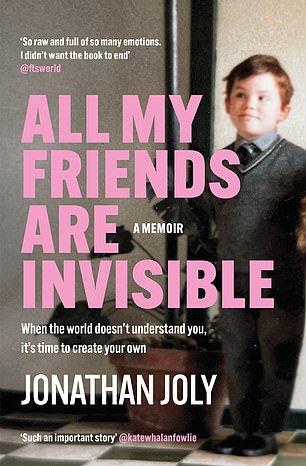 During the pandemic, the Dublin-born social media star Jonathan Joly began writing about his troubled childhood. The trigger came in 2016, when on his way to Ireland to celebrate his 36th birthday. Suddenly, a voice he hadn’t heard for years told him, ‘It’s time to open the box’.

The voice belonged to Giselle, one of the imaginary friends who had helped him survive his formative years.

Jonathan was the third of four children whose home life was unhappy and full of conflict. From his first day at preschool, he knew he was different and retreated into a fantasy world he called Domdie, where his imaginary friends were gentle and accepting.

His memoir movingly describes how his friends, with the support of a sympathetic school, eventually helped him find a place in the real world.

In 1986, the Nigerian writer Wole Soyinka became the first African author to win the Nobel Prize in Literature. During his career, the 88-year-old has criticised the corruption and inhumanity of his country’s politics, enduring imprisonment and exile as a result.

His third novel is a murder mystery and a scathing satire of political greed and immorality. His principal characters include an award-winning surgeon, Dr Menka, and his friend, Duyole Pitan-Payne, an engineer about to take up a role at the UN.

When Dr Menka uncovers an illegal trade in body parts at the hospital where he works, the friends are drawn into a murky world of moral chaos, where their idealism will be tested to its limits.

Can You Make a Page-Turning Thriller Out of the Ebola Crisis?