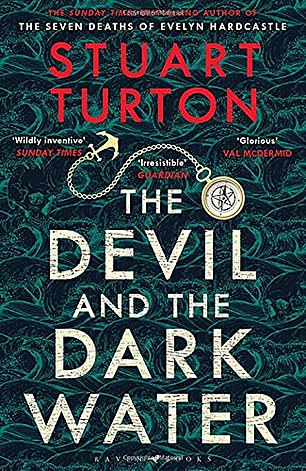 THE DEVIL AND THE DARK WATER

His second novel is an equally vibrant mix of history, fantasy and detective fiction, set in 1634 aboard the Saardam, a ship transporting a colonial governor of the Dutch East India company to Amsterdam.

Also aboard the ship is Samuel Pipps, a famous detective who helped the governor recover a mysterious scientific object but is now chained in a tiny cell, and Pipps’s bodyguard, Arent Hayes, as huge and ugly as Pipps is small and handsome.

The Saardam’s crew and passengers are all in dread of Old Tom, a malevolent demon apparently determined to destroy the ship. With its rollicking plot and swarming cast, Turton’s novel invites readers to sit back and embrace its strange enchantments.

In A small town in County Cork, two families are preparing for a wedding when a car crashes. Three passengers are dead: the fiancés, Bernie and David, and their bridesmaid, Carmel.

Bernie’s sister, Linda, is seriously injured. Two people are unharmed: Martin, a trainee doctor, and Connor, the local publican’s son, who was driving.

Unable to bear the guilt, Connor leaves Ireland. Away from the gossip of Irish small-town life, he can explore his gay identity.

But family bonds remain strong, and a chance encounter in a New York bar with Connor’s nephew, Finbarr, reveals startling truths about the events that changed so many lives.

Graham Norton’s bestselling novel gives a warm and perceptive account of tragedy, self-discovery and forgiveness in a tightly-knit community. 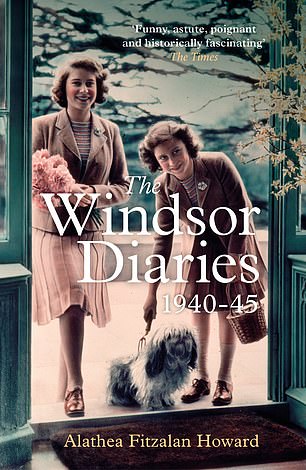 When Alathea Fitzalan Howard was born on November 24, 1923, her birth could have been grounds for rejoicing: if she had been a boy, she would have become the Duke of Norfolk. But alas, ‘no tassel’, as Alathea’s mother put it. At which point her unhappily married parents appe-ared to lose interest in her.

In 1940, aged 16, Alathea was sent to live at Windsor with her high-minded grandfather, Lord Fitzalan. Here her lonely existence was cheered by the friendship of 14-year-old Princess Elizabeth and ten-year-old Margaret.

Alathea’s daily diary gives an inslghtful picture of the Royal Household in wartime.

Loyal, loving and a little sad, this is a fascinating insider’s portrait of the surprisingly ‘normal, simple’ life of the young princesses.