Mind the 50-year age gap: When 34-year-old Ben moved in with 84-year-old Winnie, she didn’t much take to him. But after improving his cooking, timekeeping and general knowledge, their unlikely friendship blossomed…

Ben Aitken’s last book (The Gran Tour) saw the thirty something accompanying a group of pensioners on their coach trips around Britain.

It was as funny and moving an account of inter-generational friendship as you could wish to read. So starting this book, in which Aitken house-shares with the recently widowed 84-year-old Winnie, I was terrified that it couldn’t possibly live up to the previous one. 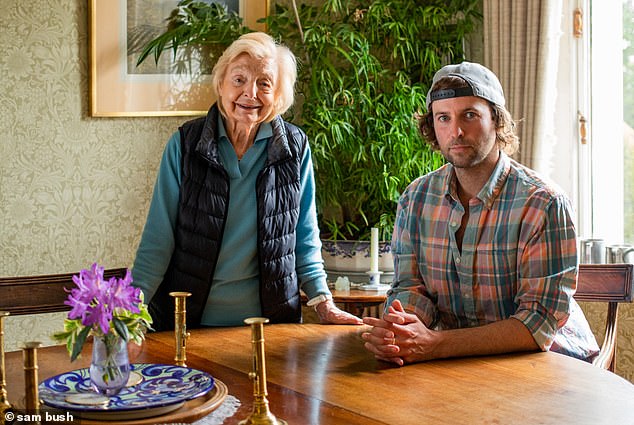 I needn’t have worried. Aitken was matched with Winnie by Share and Care Homeshare, an organisation that pairs people who need a room with people who need some help around the house. (Having read the book and checked out their website, I’d say that if you’re remotely tempted by such an arrangement you should be on to them like a shot.)

Winnie’s six-bedroom detached house in Wimbledon seems rather too large after the death of her husband, Henry. But if we’re expecting timid gratitude, we are (thank God) mistaken.

Ben mentions that her house plant Ficus benjamina literally has his name on it. ‘It might have your name on it,’ replies Winnie, ‘but it shan’t have your hands. I don’t expect to be relieved of my possessions.’

Nor is she reticent with her opinions on Ben’s cooking. His kedgeree ‘cannot boast of being flavoursome’, and when he attempts a curry she covers it in banana and yoghurt ‘to mitigate the damn thing’. He’s only allowed to bake a cake if he sticks to the recipe (‘There’s no winging an orange drizzle’), and when he buys them both fish and chips she responds to the offer of a pickled onion with: ‘No. Emphatically.’

Winnie is equally demanding about other arrangements. One morning, Ben is woken by a voicemail message: ‘Ben. W­innie. Where the hell are you? Wakey-wakey. You have to start the fire. You cannot expect me to do it. Come on. Get up. Make an appearance. Now.’

As he’s topping up the bird bath one day, she yells: ‘Not the filtered water! They’re not discerning, you know.’

But gradually a bond begins to develop. After a while, Ben notes that ‘she’s started hooking out the crossword for me so I don’t have to wait until she’s done with the paper’. 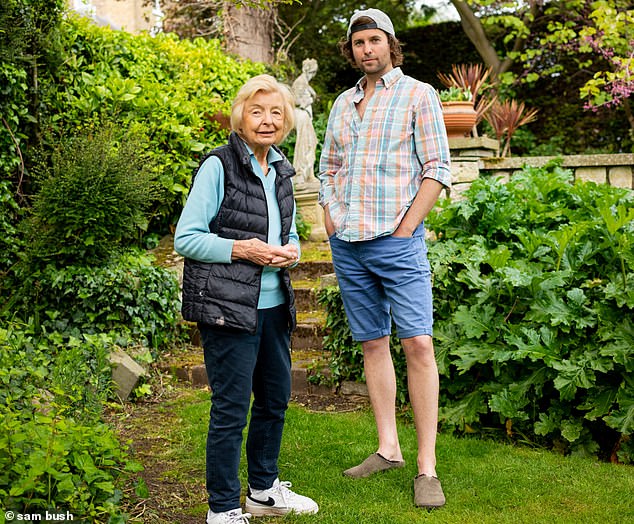 It’s understandable that a woman of 84 will be set in her ways. Winnie insists on heating dinner plates in the oven rather than (as Ben suggests) the microwave. ‘As with wood,’ he writes, ‘the older, the less inclined to bend.’ She views rosé wine as ‘nothing but the outcome of indecision’, and ‘is very much an observant driver. She just doesn’t observe the things you’d prefer her to be observing, like the road.’

Winnie has an admirable disdain for ‘eat by’ dates. She mentions that the salad dressing they’re consuming was made by one of her late husband’s carers. ‘And he left when, exactly?’ asks Ben. ‘Oh, about ten years ago.’

She has also started making monthly payments for her BBC licence fee, ‘to avoid the unpleasant scenario of dying a few weeks after renewing the licence’.

There’s an air around Winnie of refusing to be impressed by things. As a girl, she met Churchill (her father was in the diplomatic service), and thought ‘he was just another pale lump’.

Reading the newspaper, she says: ‘This Caitlin Moran winds me up. I could kick her around the block.’ 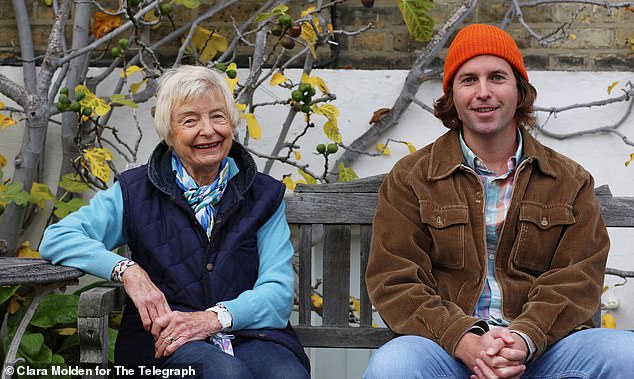 Winnie is critical over Ben’s cooking and is demanding, for example making sure he doesn’t fill the bird bath with filtered water

When she recalls curling up with Henry in bed and Ben says: ‘That’s romantic,’ she responds: ‘Well it was less about that and more about not putting the heating on.’ But people’s attitudes to life are often affected by what life has done to them. One of Winnie’s children, Arthur (now in his 60s), has cerebral palsy, for which she irrationally blames herself, as it could have been caused by his difficult birth.

‘Her sense of self is dominated by Arthur,’ writes Ben. ‘He is the start and end of her day… and there is something both admirable and tragic about the fact.’

Like its predecessor, the book displays a keen eye for the humour of everyday life, be it a newspaper headline (‘Circus in trouble over Nazi goats’) or something overheard in the park: ‘But one can’t understand Sussex without an acquaintance with Kent.’ As Ben comments: ‘This being Wimbledon, one can’t be sure whether they’re talking about counties or dukes.’

There’s an inevitable undercurrent of Covid. Future generations will read books like this and be astonished at the absurd cruelties into which officials and politicians led the country. 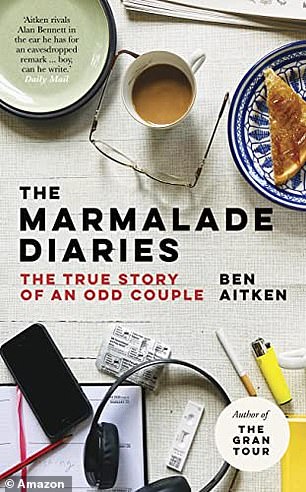 Winnie is only permitted to see Arthur outside his assisted-living home, standing beneath a tarpaulin. He is, as she points out, ‘neither assisted nor living much’. A Christmas card from one of her friends hopes that 2021 will be different from 2020: ‘I don’t think I can cope with the isolation much longer.’

I cheered every time Winnie and Ben broke the rules, which they did with pleasing regularity. When a Government minister says: ‘We’re all in this together,’ she replies: ‘What nonsense. We’re in this apart.’

But the book is (like Winnie and Ben) simply too good to be defeated by such nonsense. Their wit shines through, as when they read a news story about a clandestine breast reduction and Winnie thinks it sounds ‘like a fancy French dish that’s been translated poorly’. Talking of breasts, I loved the story about the party in Oxford during the early days of Winnie’s courtship with Henry. Another girl there had ‘the most tremendous bosom. It practically extended to Cambridge . . . Henry clocked it all right. Well, I could have popped the damn things.’

Underneath it all is the wonderful story of two people born half a century apart, learning lessons from each other. Winnie criticises Ben for not knowing what a conifer is. ‘There were no trees in my garden,’ he protests. ‘There were no Egyptians in mine,’ she retorts, ‘but I still know all about them.’

She gets him watching Gardeners’ World (he loves it), while he gets her into The Crown. But not Casualty: ‘At my age one doesn’t want to see on Thursday what could be happening on Monday.’

And he encourages her to join him in a walk on Wimbledon Common. ‘It’s idyllic,’ says Winnie. ‘So why don’t you come up more often?’ asks Ben.

She replies: ‘Because idylls should be rationed.’

5 Books That Shed Light on D-Day