Marieke Hardy, artistic director of the Melbourne Writers Festival, says this year’s festival, which was launched on Wednesday evening, is a celebration of love and its myriad aspects.

"I think the world as we know it is in a bit of a garbage fire, with a lot of political and emotional angst, environmental angst and a lot of pain," she said. "So my response is to make this festival." 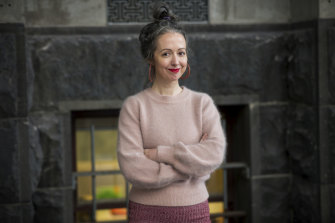 The theme, "When We talk About Love", is adapted from the title of one of Raymond Carver's best-known short stories (with permission from his estate), and to fulfil her vision Hardy has attracted hundreds of writers, artists, performers, musicians and speakers to the festival’s new home at the State Library of Victoria.

"What I love about our festival is artists that you love doing things that they might not normally do." 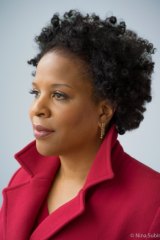 Last year, Hardy came in for criticism from some quarters for tinkering with the traditional format of a writers festival.

"In the face of all that noise, you can only go back to your internal lighthouse and reconnect with why you did it in the first place and so I did feel very anchored to why I wanted to make the program the way it was," she said. "I don’t expect everyone to like it or me, but I felt that a lot of the noisiest criticism came from people who weren’t there."

She makes no bones that hers is a literary arts festival – "we’re not the first in the world but we are really pushing a new genre in Australia" – so there are events that might not feature at more traditional ones. 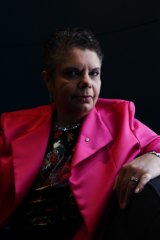 Deborah Cheetham will be talking with Tina Arena at Melbourne Writers Festival.Credit:Dean Sewell

There will be sessions on motherhood, bodies and home; on romance and divorce; and a series of events celebrating Australia’s first nation stories; conversations on music between artists such as Tina Arena and Deborah Cheetham, and Vivien Goldsman and Amanda Roff; love letters to books and the future; a day for young adults and romance fans; workshops and masterclasses, and much more. Last year the festival staged a funeral for Magda Szubanski; this year it’s a wedding reception for Yumi Stynes. There will even be a naked tour of the library's catacombs.

Hardy is particularly excited by the arrival of the Museum of Broken Relationships. The museum, which is based in Zagreb and Los Angeles and curated by Croatian artists Olinka Vistica and Drazen Grubisic, is created from items that were significant to a particular relationship along with information explaining that importance. There will be a call-out for local objects and stories so the museum creates a truly Melbourne exhibition.

"The Animal Church was the beating heart of the festival last year," Hardy said, "and this is the beating heart this year. I have stood in those rooms in Zagreb and seen those objects and felt the power of how we learn about ourselves. I wanted this to be the centrepiece of this festival for such a long time and I never dreamed this could actually happen."

Lone Wolf: The remarkable story of Britain’s greatest nightfighter ace of the Blitz

Former IT specialist who turned the page, giving up career to follow his heart and run a bookshop