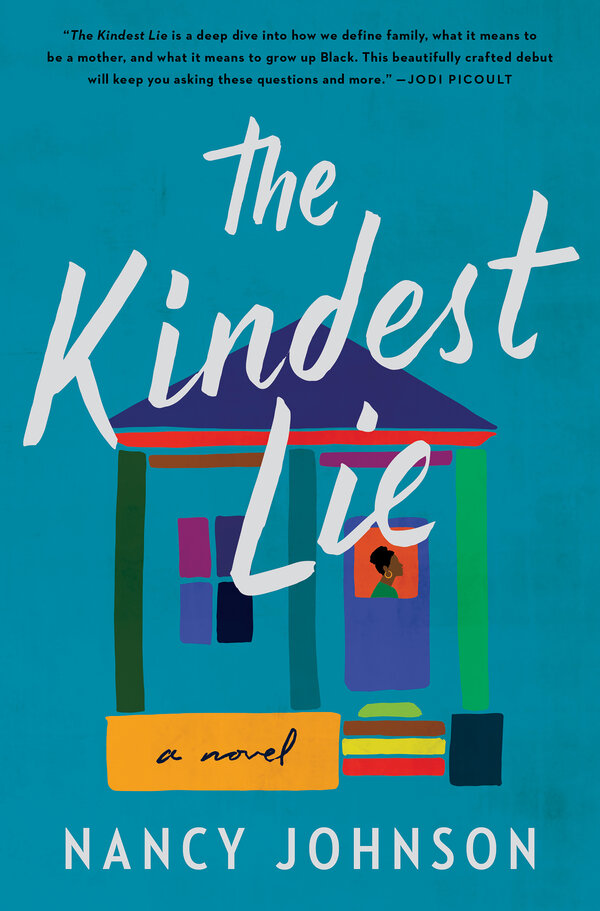 It’s November 2008 in Chicago. Obama is about to win the presidency, and the Bronzeville resident Ruth Tuttle’s sexy, stylish, marketing executive husband, Xavier, is eager for them to have a baby. Or 2.5 of them. Ruth is also well employed, if not exactly excitingly, as a chemical engineer tinkering with detergent formulas. They are young, successful and Black.

But while Xavier was born “bougie,” Ruth is from blue-collar Ganton, Ind., home to a defunct auto parts plant and her deepest secret. At 17, she had a baby, gave him up for adoption and left in her old Pinto, “still heavy with her burden,” for a scholarship to Yale. Eleven years later, she’s increasingly tormented by dreams of her son, hungry, helpless and stuck in the dead end that is Ganton.

Ruth can’t go forward until she goes back, so she heads home for Christmas, determined to find her son, only to be stonewalled by the grandmother who raised her. She’ll end up spending the entire holiday season piecing together the puzzle of his, and her own, identity.

Johnson delights in flowery language (Xavier’s eyes are “as soft and brown as chocolate orchids in bloom”), and employs a few clunky narrative devices, including a Dickensian character called Midnight, a motherless white boy Ruth befriends in Ganton. The preternaturally wise Midnight, about the age of her lost 11-year-old, feels like a contrivance, but that doesn’t stop us from getting attached to him.

We get attached to Ruth, too. Driven to achieve but passive and almost prim in her personal life, Ruth is a mass of contradictions. She believes she sinned in giving up her child, while her grandmother sees her own covert actions as righteous. Johnson’s rich examinations of ambiguities in this moral dilemma take center stage, but institutional racism and its constant, draining impact are the boards these players stand on. And can’t escape. Right after the joy of Obama’s election, an encounter with a white police officer on a train reminds Ruth of that: “The clarity of a new day trimmed their feathers as it always had, making it damn near impossible to take flight.”

“The Kindest Lie” is an easy, accessible novel filled with hard, important truths.

When the unnamed narrator of “Acts of Desperation” introduces her father to her half-Danish, half-Irish, 100 percent withholding boyfriend, her father is warm and effusive while Ciaran is “passably convivial.” Over a few pints, as Ciaran humblebrags about being a freelance art critic in Dublin, the narrator chews a hangnail. Wordlessly, Ciaran moves her hand away from her mouth while continuing to talk about himself.

The young woman, a college dropout with an entry-level admin job, a drinking problem and little self-esteem, tells us she might have been slightly pleased with the “cozy action” if it weren’t for her father’s attentive eyes. Later he asks her if she and Ciaran are “always like that, so nice to each other?”

She’s elated, that they give off this impression, but her father is probing for the not-so-nice places, of which there are many. Our narrator is particularly vulnerable to Ciaran. She accommodates to excess, equates partnership with “being realized” and believes love “validates the rotten moments you would otherwise be wasting while you practice being a person.” Her body looks “more coherent” to her after sex than before. Brace for impact: This is another smoking, cutting, screwing journey into the love life of an angsty Irishwoman (remember, Sally Rooney-style is a publishing trend, not a national diagnosis).

It’s agonizing watching our heroine not just endure but welcome Ciaran’s subjugation to be “realized.” Ciaran keeps his besotted around — as some men do, just in case — while staying in close touch with his ex, Freja, an apparent beacon of worthiness. The narrator reads all their emails, examines every photo. “I made it so that suffering was a kind of work,” she says. What makes it worth it for the reader to stick around? Even if you’ve read this story before or lived it, Nolan’s raw and uncannily insightful writing glimmers in a way that will shed new light onto wounds both healed and open — and possibly save some other nameless woman the suffering. She tells the truth about obsession and drains it of all allure.

Mentally inserting the word “composite” into the phrase “a novel” on the cover of Winslow’s debut, “The Northern Reach,” will free the reader from desperately trying to get oriented via the family trees sprinkled throughout. These are 10 loosely connected stories (plus an 11th hung on a tenuous thread) spread across four generations of Baineses, Martins, Moodys and others in the fictional community of Wellbridge, Maine.

Three hours from Portland, Wellbridge sits on the Northern Reach and is home to lobstermen, hardscrabble farmers and ne’er-do-wells, the worst of whom live in a swampy part of town known as Moodyville. There are blueberry barrens nearby, as well as some thrift stores and “a herd of auto parts stores.” Winslow captures the ambience of a perennially downtrodden Down East. In her telling it is a joyless place, shabby rather than gritty; gritty would imply pluck we rarely see.

An exception is Victoria Moody, who ditched town for Portland after high school. She describes the home of her Québécois grandmother, “Frenchie” Gagnon Moody, as “a crap plantation of the first order.” Victoria is mentioned in two other stories, but she’s the star of “Planting Tiger,” in which she reluctantly attends her father Tiger’s funeral on a February day in 1992.

Her fiancé suspects Victoria has not been transparent with him but is still shocked that Victoria’s father was a felon and her allegedly dead mother is alive and wearing a red miniskirt. “Still rougher than the back of a ditch,” muses Victoria’s aunt and unofficial foster mother, Earlene, whose familiar scent, “Jean Naté toilet water mixed with Niagara spray starch,” fills her niece with warring desires to both burrow and flee.

Despite such evocative and regionally true writing, “The Northern Reach” lacks narrative glue. Two generations of Doc Nordens deliver babies and bad news, and there are regular appearances of ghosts and alcoholics. But that’s not enough. Without a linchpin to carry the reader along, someone like Olive Kitteridge (top candidate: Earlene), the reader may feel like Victoria, eyeing an exit out of the misery.

While You’re Waiting for the Next Hilary Mantel, Try Andrew Miller

Gary Panter’s Jagged, Shape-Shifting Antihero Was Made for Our Moment