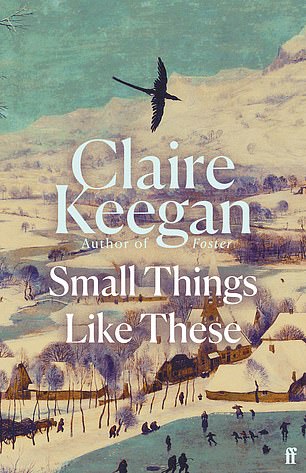 Set in a small Irish town in 1985, it follows Bill, a middle-aged timber merchant in pensive mood as the year draws to a close.

Raised by a wealthy widow after the death of his mother, who became pregnant with him in her teens while working as the woman’s maid, he still doesn’t know who his father was.

With his own daughters starting to turn heads, he’s mulling over the murky history anew during a visit to his biggest client, a laundry run by nuns, where a discomfiting encounter further fuels his dawning sense of the perils of girlhood in Catholic Ireland.

Although Keegan draws on atrocities specific to her setting, she starkly portrays the unspoken brutality with which any society ignores the horror in its midst for the sake of getting on with everyday life.

Garner, 87, is a heavyweight of children’s fiction, not to mention English literature full stop, with beloved titles drawn on the local myths of his native Cheshire.

Savour his extremely short new book by reading it aloud, rolling your tongue around its knobbly vocabulary.

It’s centred on Joseph, a solitary, comic-reading boy with a patch over one eye, who strikes up a friendship with a gruff-sounding rag and bone man, Treacle Walker, who somehow already knows his name.

A collector of bones and birds’ eggs, Joseph swaps him a pair of unwashed old pyjamas for a jar that mysteriously has his name engraved on the lid.

The ensuing relationship is peculiarly poignant, built on fleeting exchanges that, strung together with a kind of dream logic, tap into a fund of emotions around growing up and growing old.

Yet this inscrutable tale defies summary — it sits like a stone in your hand, to be felt as much as read. 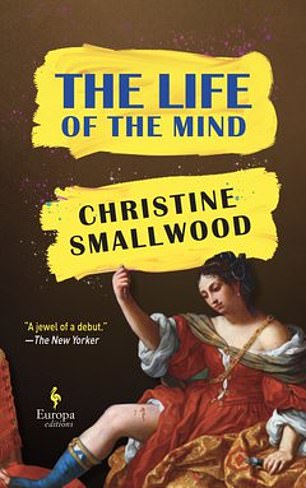 THE LIFE OF THE MIND

We’ve lately seen a boom in a type of novel I’ve come to think of as the deferred coming-of-age tale, in which hyper-educated protagonists struggle in an oversaturated job market.

This super-smart U.S. debut — a good example of the genre — opens on a startling scene, as its heroine, Dorothy, a disaffected literary academic tenuously employed at a New York university, finds herself bleeding in a library toilet after a recent early miscarriage.

Smallwood’s title ends up a rich joke, given that the bulk of the book unfolds as a workplace satire skewering academia’s petty micro-tensions — but the bigger irony is that the story is equally concerned to get down and dirty with largely unaired facts of bodily life.

Sharp and funny, it’s told with the kind of deadpan drollery that has become a default mode in hip U.S. fiction, yet there’s a depth of emotion here that makes the novel more than just another eyeroll.

Winds of Winter: Night King could be left out of the final George RR Martin novel