Camilla Thurlow was not exactly your average Love Island contestant when she appeared on the reality dating show in 2017.

She was not, like many islanders, a personal trainer, sexy scaffolder or nebulous influencer. Thurlow’s job was far more dangerous: explosive ordinance disposal expert.

In this memoir, which covers the ups and downs of her 20s, Thurlow says she was someone who ‘was absolutely cut out to live an extremely conventional life’.

So, what led her to apply to The Halo Trust and appear on Love Island? 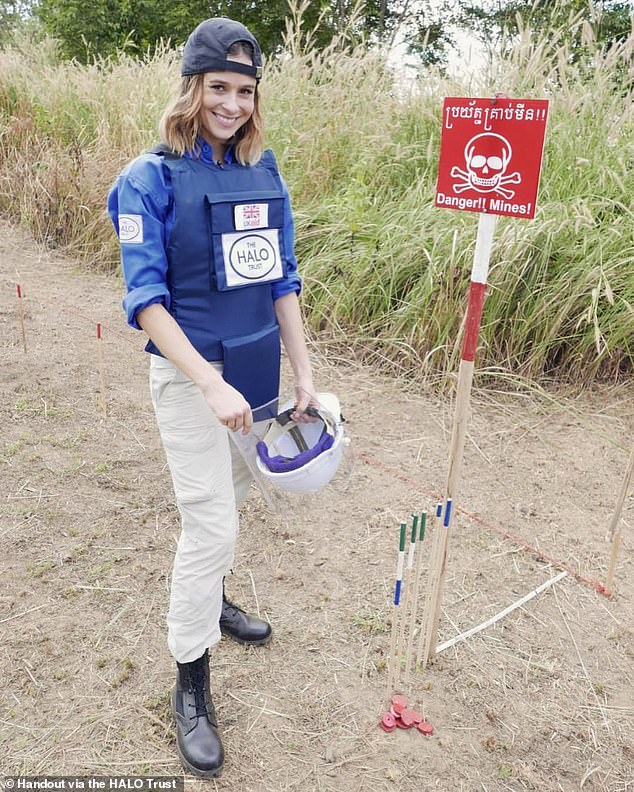 Camilla Thurlow who appeared on Love Island in 2017, spent time travelling the world as an explosive ordinance disposal expert before going on the reality dating show. Pictured: Camilla at work in minefield

At 18, she was lucky to survive a terrible car crash. What was the point, she decided, in following the ‘normal path’ if your world could change in a second? From then on, she vowed ‘to construct a life of discomfort’.

At 23, after graduating from Loughborough University with a degree in sports science, Thurlow was accepted to train with the Trust. She travelled across the world — Afghanistan, Zimbabwe, Cambodia — finding and destroying landmines, explosive devices normally buried in the ground which are triggered by someone standing on them or stumbling into a trip wire.

They can destroy or ruin lives in an instant. Once, in Cambodia, a woman was walking behind a cart which carried her husband and two young children. The cart ran over an anti-tank mine, killing her family before her eyes. The team that cleared the site, Camilla reveals, found her husband and children’s limbs in the trees.

When Thurlow joined Halo, the staff were mostly ex-military men, which made her feel like an outsider. She was determined to prove she was as good as them, but it wasn’t always easy.

Once she was charged with spraying mortar bombs with paint: blue meant safe to move, while red meant dangerous. She bought paint from a hardware store but, when she began spraying, it shimmered: ‘I burst out laughing, I think of all the time and work I have put into being taken seriously, and now it looks like I have a penchant for sparkles.’

Thurlow, however, was undoubtedly a trailblazer, as The Halo Trust now has its first all-female mine-clearing team. 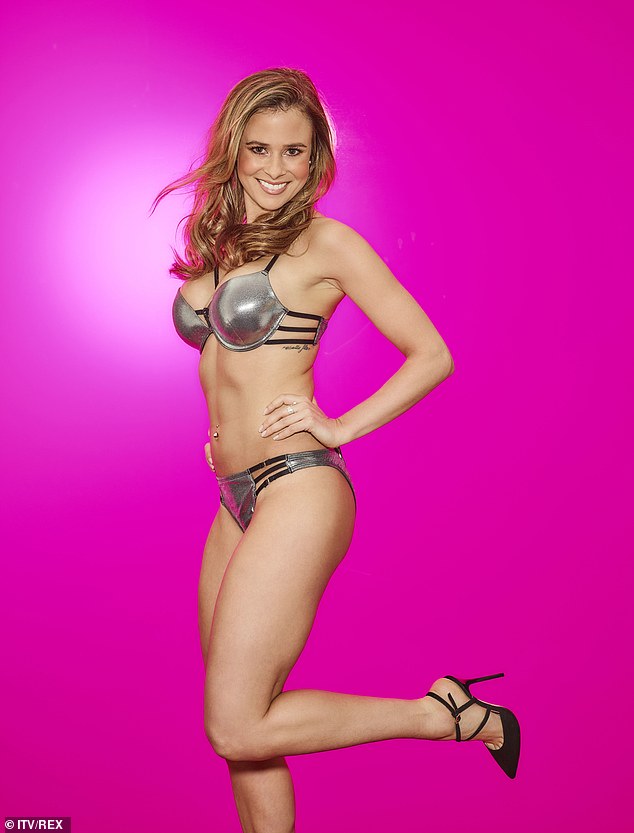 Camilla was jobless at the time she received an unexpected message from a Love Island casting agent. Pictured: Camilla in bikini for Love Island

After working 16-hour days and losing more than a stone in weight, something inside Thurlow snapped. She left the Trust, which she still feels guilty about.

Back in the UK, Thurlow suffered from what she now suspects was PTSD (post-traumatic stress disorder): ‘The lightest of noises would wake me up . . . I would suddenly get a huge rush of adrenaline, leaving me feeling wide awake and alert’.

She refused therapy, as seeing a specialist at her boarding school, Fettes, about panic attacks had been ‘extremely difficult’.

Back at home in Scotland and jobless, Thurlow received an unexpected message from a casting agent asking her to appear on Love Island. She has never learnt why she was scouted — although one can’t help thinking it might have had something to do with her rumoured fling with Prince Harry.

Unsurprisingly, her job had left little time for a social life so, she says, she went on the show ‘hoping it would help with building my confidence in social situations’.

She also ‘needed a distraction from the way I was thinking and feeling’. Amazingly, Thurlow says, ‘Love Island scared me more than explosive ordinance disposal’. 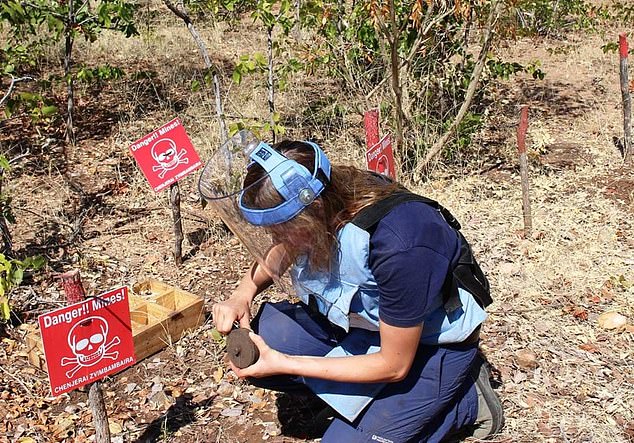 If you’re hoping for juicy Love Island gossip, this book probably isn’t for you. In fact, the section on the show is only one chapter.

She does offer behind-the-scenes insights, though. The contestants weren’t allowed watches, for example, so had no concept of time: they got up when they were told, ate when told, went to bed when told.

Booze was limited, too. ‘At the maximum we would be allowed two measures of alcohol a night.’

At first, Thurlow found villa life challenging — ‘It felt bizarre to go from covering up in Afghanistan, to posing in a silver bikini.’

She was ‘coupled up’ with a series of men who were, quite frankly, a bit beneath her cerebrally — although she is too humble or too polite to say so. 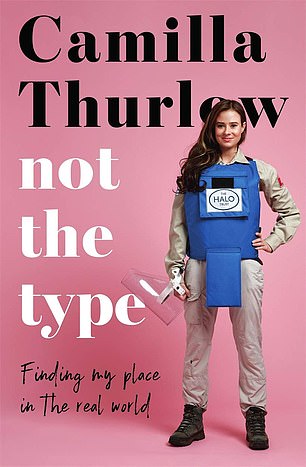 Then in came Calvin Klein model Jamie. The two hit it off immediately, discussing their favourite books and authors (Sapiens and Richard Dawkins). Despite, or more accurately due to, not being your ‘typical’ Love Islander, Thurlow gained legions of fans and came second in the series.

She struggled with the criticism that follows instant fame: ‘Nothing could have prepared me for the scrutiny you receive’.

She has always been ‘an anxious person’. As a child, she would worry that she wasn’t giving her teddy bears equal attention. While she remains private about her personal life, she is strikingly honest about the internal struggles she grapples with, which will be immensely reassuring to many young women reading this book.

Camilla and Jamie are still together and live in London with their dogs, Audrey and Gus. They are also expecting their first child.

Not The Type is about landmines and Love Island, but it’s also about traversing the complexities of modern life and the benefits of pushing yourself out of your comfort zone.