Michelle Burford has a fuzzy, purple ski hat, and when she puts it on, she can channel voices.

It’s a magic she has manifested many times, most recently in helping the actress Cicely Tyson write her memoir “Just as I Am,” which HarperCollins is publishing on Tuesday. The New York Times Book Review praised the “firm, warm, proud, reflective voice on the page” as Burford’s creation.

Normally we would call such a person a ghostwriter, but Burford can’t stand the term.

“Historically, to be a ghostwriter was to be seen as sort of a literary hack,” she said earlier this month during a video interview from her Manhattan apartment. A better way to imagine Burford is as a therapist, a cajoler, a confidante, and then a sort of medium once the hat comes on and the writing starts. (She can’t explain it, it just works.)

But she’s never in the shadows.

Burford has been a collaborator or “story architect” — her preferred titles — on 10 books over the past eight years, and half have become New York Times best sellers. She’s become particularly well known for the memoirs of celebrated Black women that she’s helped shepherd, from her first book, by the Olympic gymnast Gabby Douglas, to those by the musicians Toni Braxton and Alicia Keys, and now Tyson. But Burford has veered in other directions, collaborating with Michelle Knight, one of the women held captive in a Cleveland home for over a decade, and Clint Harp, a carpenter from Waco, Texas, who was a star of the HGTV reality show “Fixer Upper.”

It’s a career she fell into, but unlike so many other writers who take on the strange task of authoring a book for someone else, Burford has owned it, both her active part in these collaborations (her name appears on almost all her books’ covers) and her insistence that it takes skill to excel at this work.

For one thing, she makes clear, the process is not just one of transcription. “I’m not trying to just replicate what they say, I’m trying to get to a point where I can generate content in their voice,” Burford said. She spends dozens of hours (at least 40 to 50, she figures) soaking up not just the stories but also the way they are being told, the idiosyncrasies of speech, the catchphrases, the 15,000 to 20,000 words she estimates make up everybody’s private vocabulary.

“These are your words,” she said. “So if I can listen to your words and see the way that you typically put them together, really study them, then I can go from simply regurgitating what you said to imagining what you would say, if in fact you were to say the things that I’d like you to say beautifully in a book.” 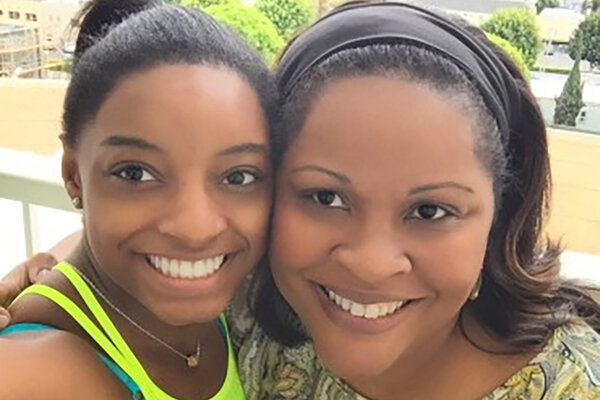 It’s a process not unlike therapy, to hear her describe it. She often starts her first interview by saying, “I’m going to ask you a lot of questions that are going to make you want to hit me.” But Burford has to put her client — she hates this word, too — at ease, to understand what will make them open up, become “emotionally naked.” This varies. Sometimes, she said, she’ll show up without makeup, trying to make herself as vulnerable as possible if she thinks that will work. The essential thing is that it can’t feel like an interview.

“It was just hours,” said Keys, whose book was published last spring. “I never sat with a person and engaged with a person about my memories for that length of time. You don’t get a chance to have people who listen to you like that, who you trust. She might know more about me than many of my closest friends.” After helping her arrive at moments of clarity about her own life, Keys said, she considers the two of them “forever sisters.”

Burford grew up in Phoenix, one of nine children in a blended family. It was her first education in being a chameleon. “I learned early how to speak various languages within my tribe, and to adjust myself to the person on the other end of the conversation,” she said.

She began her career in the magazine world, working at Essence in New York City for a number of years before she landed an interview in 1999 to work with Oprah Winfrey (“the only thing I had ever really wanted to do, other than be a journalist”). Winfrey was starting her magazine, O, and from Burford’s first meeting with her and Gayle King, at the Four Seasons, she learned something about putting a subject at ease.

“She had a Cosmo. I had a Cosmo. She and Gayle joked around,” Burford said. “It was supposed to be an interview, but it didn’t feel like one. It felt like girls catching up.”

She observed Winfrey carefully during her years at O, particularly while editing a column in which the talk-show host chatted with celebrities like Julia Roberts or the Dalai Lama. It was an opportunity to watch “a master of the craft of interviewing,” Burford said — from the way Winfrey prepared to her ability to break down the defenses of both famous and ordinary people.

By 2012, Burford was looking for a new challenge. A friend in publishing asked if she would be interested in working with Douglas, who had just won gold at the London Olympics. The memoir was due in just four weeks, but Burford said yes.

Since then, one book project has led to another, but Burford has tried to be intentional about her choices. She doesn’t want to be pigeonholed as only being able to do Black female voices. She knows her life experience as a Black woman gives her special insight into other Black women. But writing each book is its own creative act, which demands new and different perspectives that force her to stretch herself, just like working on Tyson’s book meant she had to figure out the voice of a 96-year-old.

She’s had to make this clear to publishers and literary agents.

“I’ve learned to not just hint at that but to say it outright, to say, you know, consider me for, Adele and Taylor Swift as much as you would, say, Beyoncé,” Burford said. “I want them all. I want Beyoncé too, don’t get me wrong! But don’t consider that I can only tell one type of story.”

And then there are some clients who appreciate that Burford comes to their stories with a different perspective. Harp, the celebrity carpenter whose book “Handcrafted” came out in 2018, said that Burford understood aspects of his life because she was seeing it from another angle.

“Without that contrast, you are just going to get one story that you’re expecting to hear,” he said. “You’re expecting macho, wood, sweat, blood, whatever. But my story is one of sawdust and tears. Happiness, emotion, struggle, and Michelle is the one who helped me pull that out.”

Regardless of the book she’s working on, what matters most to Burford — whether it means holing up in a cabin for four weeks with a client or taking 2 a.m. phone calls — is creating the conditions that will help her arrive at authenticity.

“I’m really focused on creating a safe space for the client, because to the extent that they can feel safe, they can unveil in the way that ultimately I believe most of us really want to but are afraid to,” Burford said. “Readers just want the truth, particularly in a memoir. And they can really sense when they’re getting it. So I’m mostly hanging out, waiting for the truth to come out and reveal itself.”

How the Lancaster was more than just an aircraft