In his earlier years in politics, the former Speaker was not exactly a fan of what eventually became the European Union. Speaking exclusively with Express.co.uk, Sebastian Whale, author of new book John Bercow: Call to Order, said he was “as Eurosceptic as they come”. This can even be traced back to his days as a student.

Whale said: “At university, he would take on lecturers about the UK’s membership of the common market as it was then.

“And right the way up to the mid-2000s when he was an MP, and even beyond that, someone said to me he was on the interview panel for a researcher role with the ERG. So he was a member of the ERG.

“The thing with John Bercow is some people aren’t sure if he ever believed anything.

“If you look at his views, he was a Thatcherite when Thatcherism was in the ascendancy.” 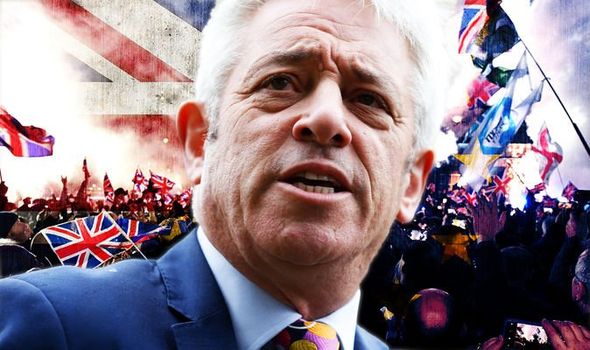 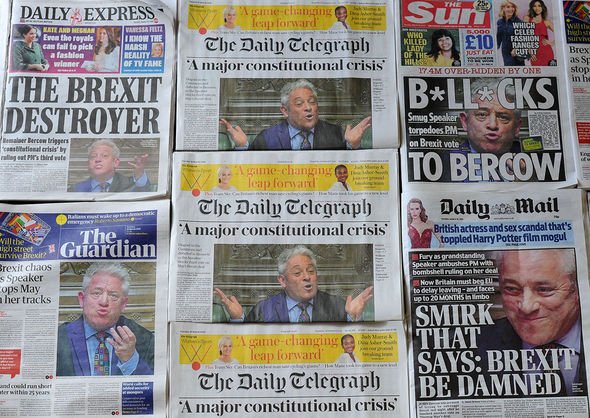 The author continued: “But he turned into a centrist when New Labour was in the ascendancy.

“He was receptive to what was going on in the country and adapted his views accordingly.”

But considering the journey of his views changing over time, just why was Bercow so opposed to Brexit?

Whale revealed: “I spoke to a former No 10 aide who felt that he saw an opportunity to sort of move the debate away from concerns over his behaviour towards appealing to a certain section of society and by taking a stand against the government.” 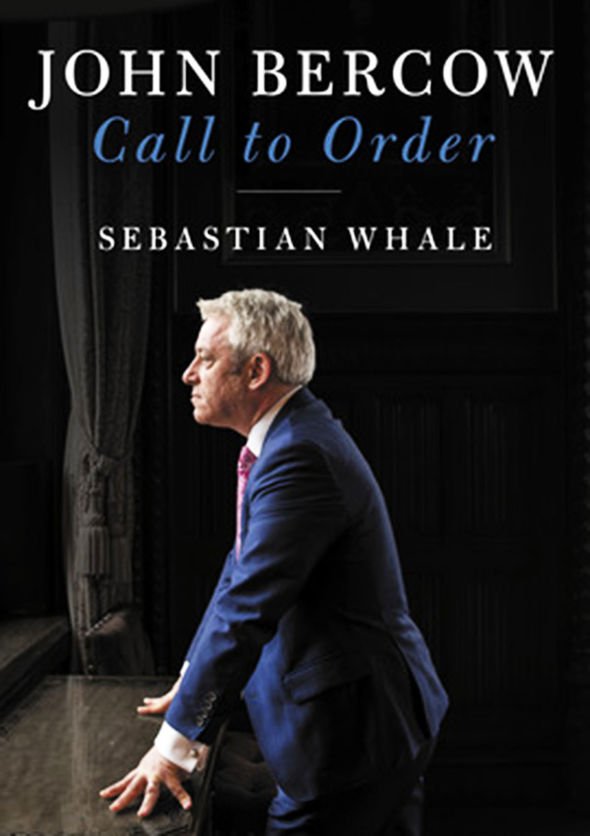 The biographer also firmly believes Bercow was sincere in his antipathy towards the government’s approach to the Commons over Brexit.

He added: “He’s an incredibly smart guy and his views are adaptable, so maybe he just changed them over the years.”

Whale also speculated over how Bercow would be handling coronavirus in parliament were he still Speaker today.

He argued that the former MP would certainly be more “vociferous” than Sir Lindsay Hoyle.

DON’T MISS…
Queen’s Brian May: ‘We need to get on with making the BEST of Brexit’ [INSTAGRAM]
Hammond was May’s NIGHTMARE: How Remainer chancellor failed the PM [INTERVIEW]
Theresa May ‘COULDN’T’ sack Boris, she knew she ‘wasn’t strong’ [INTERVIEW]

The biographer said: “He would certainly want to assert the importance of parliamentary scrutiny at this time.

“And there really is an appetite [for that] amongst MPs if you talk to them.

“[One] to make sure that, as the government spends hundreds of billions of pounds on rescue packages and what have you, they are making the right decisions at this time and that they’re held to account.

“Bercow I think would have been very assertive about that. Lindsay Hoyle has as well.”

He added: “But perhaps Bercow would have been a bit more vociferous in his defence of these sort of ideals.

“Broadly they would have done the same thing.

“[But] he probably would have been very Bercow about it.”

John Bercow: Call To Order by Sebastian Whale is out now.