On July 20, it will be 50 years since we first stepped on the moon — well, since Neil Armstrong and Buzz Aldrin stepped on the moon; but everyone watching felt the vicarious thrill. The anniversary brings with it a raft of new books about the Apollo 11 mission, and the historian Jill Lepore has reviewed seven of those books.

“At no point before the actual moon landing did any majority of Americans support the mission to land on the moon,” Lepore says on this week’s podcast. “People were really ambivalent about it. It was a roilingly complicated decade, in any event, and big government spending programs were controversial and becoming increasingly so.” 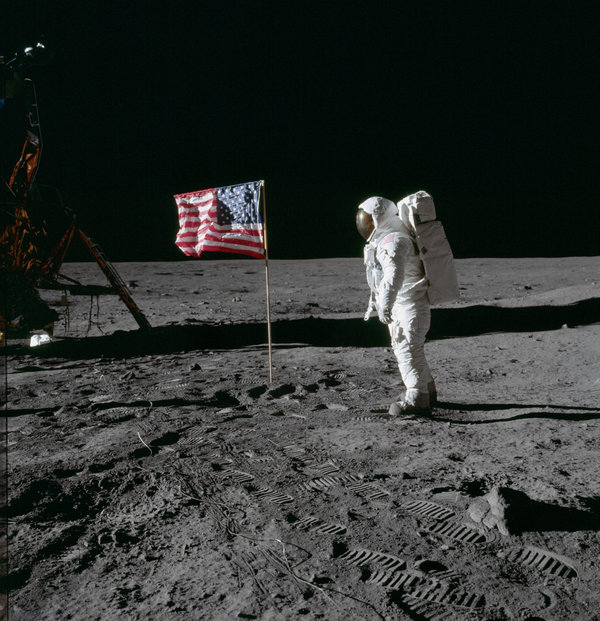 Julie Satow visits the podcast this week to discuss her new book, “The Plaza: The Secret Life of America’s Most Famous Hotel.” “Its opulence was unprecedented,” Satow says of the Plaza, which opened its doors in 1907. “It had more than 1,600 chandeliers, and two men they hired just to dust the chandeliers.”

Also on this week’s episode, Alexandra Alter has news from the publishing world; and Concepción de León, Tina Jordan and Joumana Khatib talk about what people are reading. Pamela Paul is the host.

Here are the books discussed in this week’s “What We’re Reading”:

“The Only Story” by Julian Barnes

John Updike on Parenting, Agatha Christie in the Gossip Pages: First Mentions of Famous Authors in The Times