A man breaks into a bar. He’s looking to threaten its owner for not paying a band. He is Jack Reacher, the star of — wait a minute, since when does Jack Reacher do break-ins and shakedowns? Since now, when the Reacher series goes through a bumpy passage as Lee Child, who began the series in 1997, turns it over to his much younger brother.

Born Jim and Andrew Grant, they are now known as Lee and Andrew Child, with Lee’s name in much bigger letters. They share writing credit for “The Sentinel,” which readers of this series will forever think of as the handoff book. It has hiccups. Reacher isn’t quite himself. He talks too much, gets off fewer great one-liners, isn’t as clever and has stopped being ugly, even if “children had been known to run screaming at the sight of him.” That’s a long way from looking “like a condom crammed with walnuts,” as Reacher was described in “Tripwire” in 1999.

A word on what’s happened here: Lee has turned his attention to a Jack Reacher television series for Amazon, which will borrow plots and characters from his early books and then move forward. The series has already cast a large, presentable actor, Alan Ritchson, in the Reacher role. And the books, which are global hits, must go on even though their original author, upon turning 65, decided he’d done all he could with them. He happened to have a brother who already wrote similar thrillers. The two will collaborate as necessary.

“The Sentinel” shows the same grisliness that was beginning to turn up in Lee’s later books; Andrew wrote that way from the start. It’s also action-packed to a fault, which robs it of the leanness that is one of the series’ main attractions. It starts off in Nashville, where Reacher stages that break-in and where, by Page 16, he has busted a larynx, a windpipe and a nose, not all belonging to the same person. Then it heads off to greater metropolitan Pleasantville, Tenn., and a suitably one-horse town where the real fun awaits. 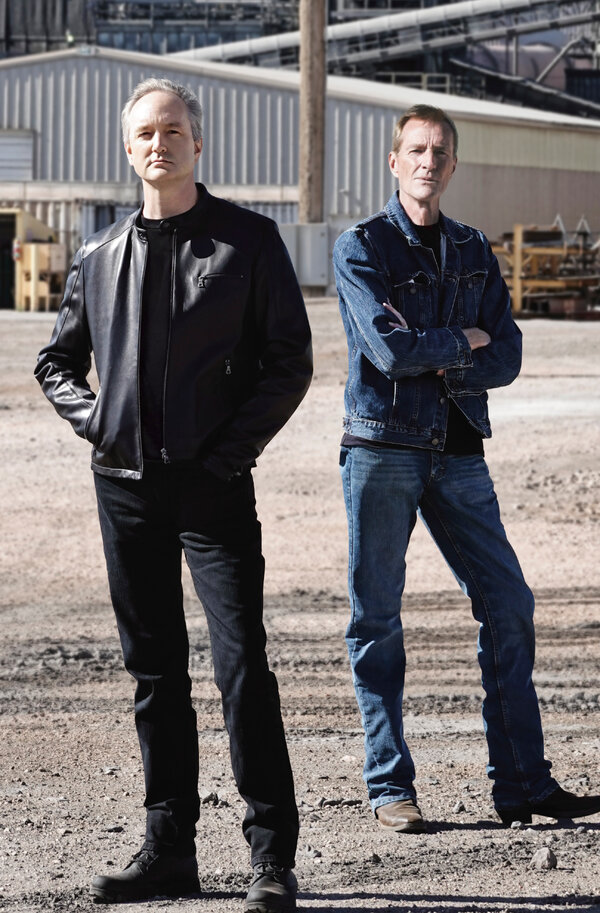 There are those of us who always enjoyed the idea of Reacher’s rambling into another little Nowhere, finding somebody in distress, setting things right, draining the diner of coffee and ambling on. Not this time. Reacher doesn’t even arrive alone. He gets a ride with a traveling insurance guy, then walks right into a trap set for Rusty Rutherford, a newly unemployed I.T. manager. And that’s about as much walking as he’ll do in this town, even though Reacher 1.0 favored long treks that soothed readers. Of course he finds local trouble, and he can see it — oh, boy — “as clearly as if a sky writer had spelled it out with white smoke.” The Childs need to get back to Lee’s sharp writing game too.

The best thing about “The Sentinel” is the amount of action it generates, given that the dull-sounding Pleasantville area is full of generic locations: gas station, cafe, diner, endless motel rooms, storage places, municipal offices, apartments, houses, dumpsters, etc. There’s also a very nongeneric place called Spy House, which would seem to be all the intrigue one small burg needs. But no. The authors have added on many, many layers of plotting, to the point where three books seem compressed into one. We will see how well a MacGuffin involving Russian election interference plays in a book due out on Oct. 27.

Reacher stays far too busy dealing with all of this. It’s presumably Andrew who externalizes much of Reacher’s thinking into chatter, turns every fight into a multipage affair and calls excess attention to Reacher’s intrinsic genius for geometry and physics. (Lee’s tricks were smarter and quicker.) And I have no idea why Reacher needs to do so much shopping this time, but he does. To be fair, the duct tape gets used.

One aim of “The Sentinel” is to bring the Big Guy into the tech world. Much may be made of the fact that he uses a cellphone in this book and has to figure out what servers are. But the additions replace the series’ quaint touches, which had their value. There was always some joy in watching Reacher size up a new motel room, spot the cleanest woman in town, shovel down those trencherman’s breakfasts and then work off 200,000 calories during his day. This time he drives, fights, asks questions, ends chapters with cliffhangers and lays traps. It’s not the simple life we all loved. It’s not propulsive enough to move beyond action for action’s sake, either.

And there are times when “The Sentinel” seems to be reintroducing Reacher to a world of strangers. Is it really necessary for the hero of such a huge, well-established series to explain himself at every turn? This Reacher even recycles his own history: He rolls his jacket into a pillow and puts himself to sleep conjuring the music of Howlin’ Wolf, just as he did in the series debut, “Killing Floor.” He’ll probably be doing it on TV before long.