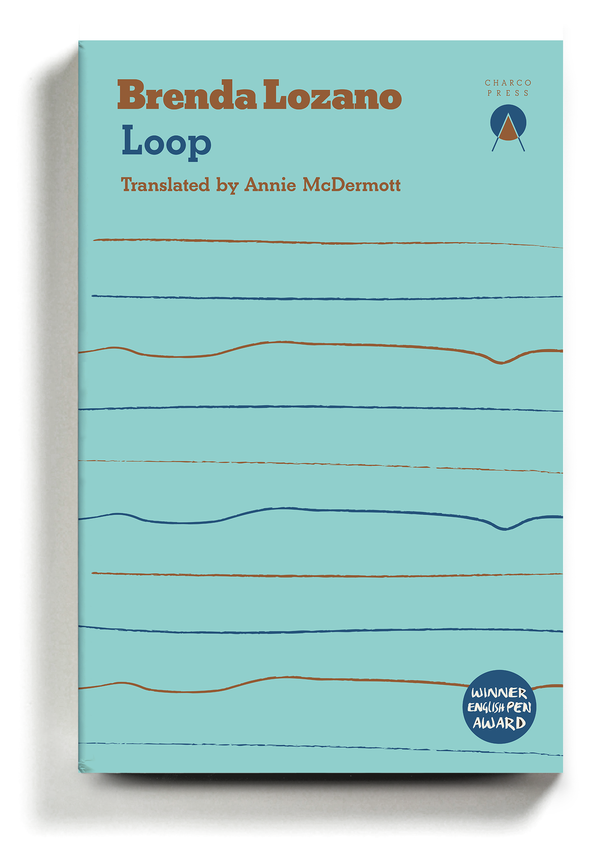 It’s been a very good decade or so for the fragmented novel of a woman’s consciousness. Valeria Luiselli’s early books met with acclaim; Jenny Offill’s “Dept. of Speculation” and “Weather” were mainstream successes; one of the style’s modern ur-texts, Renata Adler’s “Speedboat” (1976), has continued to grow its cult; Lucy Ellmann put a million wandering thoughts into one long sentence in her prizewinning “Ducks, Newburyport”; and Rachel Cusk’s Outline novels, though not quite as fragmented as some examples, became shorthand for the genre.

“I’m surprised that there’s a sense of linear progress,” Cusk once said of her trilogy. “I imagined it as just going round and round and round in circles, but I haven’t quite managed to alienate people to that extent.”

Brenda Lozano’s “Loop” is a good litmus test for just how palatable this method has become to a general readership. True to its title, Lozano’s book does go round and round in circles. And though it doesn’t feel intended to alienate, it does reside comfortably on the more experimental end of the spectrum.

“Don’t be alarmed if this isn’t going anywhere.” By the time the unnamed narrator tells us this, three-quarters of the way through the novel, most readers will have either tuned into Lozano’s frequency or changed the station long before.

The narrator’s boyfriend is away. That’s the sum of the plot, conventionally speaking. The narrator, 31 years old, recounts that she met Jonás a week after his mother died, and that they moved in to a Mexico City apartment together one month later. Jonás has now gone to Spain with his sister and father to visit members of his mother’s family. It’s an open-ended trip, and he keeps postponing his return. Waiting for him, the narrator compares herself to Penelope in the “Odyssey.”

The novel’s real action is the narrator’s stream of thought as she ponders subjects from the very small to the very large (including the subject of the relationship between the very small and the very large; she frequently returns to the idea of “scale,” between people and ideas and world affairs). In approximate order of size, she is preoccupied with: finding a new notebook to replace the one she’s almost filled; parsing the difference between writing in pen and in pencil (“Some pens bring out the worst defects of handwriting, and others emphasize the best. A pencil, however, shows the writing for what it is, with no filters, as if lit by natural light.”); worrying about when and whether Jonás will return; expressing concern and disgust about the epidemic of femicides in Mexico.

Like Cusk’s Faye, Lozano’s narrator is a writer who at one point travels to attend a literary conference. (Originally published in 2014, not long before Cusk’s “Outline” appeared, “Loop” is Lozano’s first novel to be translated into English.) And like Cusk herself, who has said in recent years that she is “not interested in character because I don’t think character exists anymore,” the narrator is fed up with conventional storytelling: “To hell with Second World War novels, sir; to the Devil with historical fiction, madam; forget all those stories about middle-aged European men. Plots come and go, action is secondary. The voice is what matters. Listen to your voice, however it sounds.” Her thoughts are full of allusions to writers, most of them mad scientists of one kind or another, including Joyce, Borges, Clarice Lispector and Fernando Pessoa.

“Last year I had an accident I almost didn’t come back from,” she announces, repeating the fact later but never getting more specific about what happened. “Nobody knew if I was going to wake up,” she says. When she did, she says, “one of the nurses pushing my trolley was singing a Shakira song to the other. This can’t be death, I thought.”

Lozano and her narrator are often funny in this low-key way. “Speaking of Kafka, have I told you he’s one of the authors I read for self-improvement?” she says. “In fact, the genre people call self-help literature sounds tautological to me; I read all literature as self-help.” Critiquing herself she says: “Oh, I’m just like all the literature I most despise. Although I do own good books, any bad poem resembles me better.”

Pulsing beneath the diaristic rhythm of the novel, sometimes erupting to its surface, are the troubles of the narrator’s country. She reads a headline in the paper: “Daughter of Journalist Decapitated.” She hears a woman on the radio pleading to the president about the ceaseless violence, including the murder of her 15-year-old daughter.

Lozano doesn’t always want to be easily scannable, but she does display a great talent for aphorisms in “Loop.” Perhaps the best of them is: “Change. Unlearning yourself is more important than knowing yourself.” That provocative psychological suggestion feels like an Adam Phillips book condensed into nine words.

On accepting the idea that there’s no more reason to fear flying than there is to fear walking across a room: “You have to relax when traveling by plane, vulnerability is everywhere because the vulnerability is us.” On the inability to really know a full story, including one’s own: “Even my handwriting, on the page in front of me, looks like a film I’ve walked into once the screening’s already begun.”

One of these flashes could also be a sly instruction to readers of this book: “Oh, I just love being here. I’m not moving forwards, I’m floating. And floating is so different when you’ve lost your fear of drowning.”