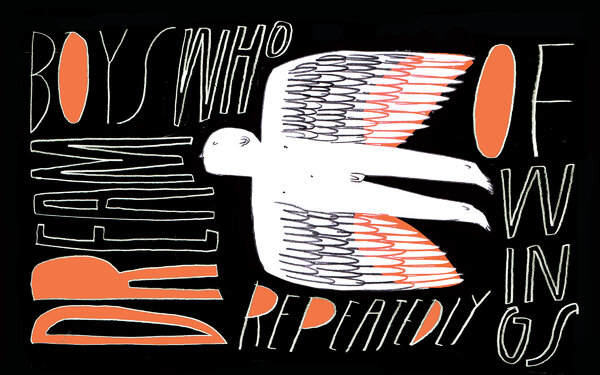 THE LAST THING
New and Selected Poems
By Patrick Rosal

Joy takes hold in the brain, or the soul, when it takes place at all. For some of us it also drives the body: the pleasures of running on a beach, the exhilarating surrenders of sex, the “simple thrill / of touching ground.” Patrick Rosal’s poems pursue such joys through the rough New Jersey cities of his youth and the Filipino locales of his heritage. Most of his best poems show people — himself or others — using their bodies for good: “b- / boys contort cocksure / swagger into dance.” A teacher ties children together “with wire and stray twine” to rescue them from a typhoon. The “Little Men With Fast Hands” in his ode of that name include a knife-wielding rebel in the wartime Philippines as well as a basketball player who shows him “how to box out / a stocky forward on the inside with a slick / hip-pull so the ref can’t see.”

Children stride through Rosal’s poetry, too, bold and vulnerable, winning and needy, reminding adults what’s important, in the Philippines or in America or anywhere. In his allegorical “Town Called Sadness,” hope comes from an 11-year-old in a parking lot, “in sagging socks,” standing and playing the French horn, “one hunch-shouldered child / clutching a little dazzling galaxy / of voluptuous metal.” When Rosal remembers himself as a child, though, that power turns to anger. The future poet had no clue what to do with the storm and stress in his own body, nor with the sense of injustice he got from the street: “How many times I was swift,” Rosal admits, “to headbutt another kid in the chin / or moosh some brat in the face.”

Some of Rosal’s best poems (“A Town Called Sadness” among them) work as anecdotes or parables, easy to follow and better for it. Others rely on lists, catalogs, accumulation, as in “Kundiman Ending on a Theme From T La Rock”: “Your very / revelry Your break- / neck scat the loot / you boost Your / rags Your seven- / thousand-island / slang.” A kundiman is a Tagalog art song or love song, often with anticolonial implications; Rosal uses the name for four poems here, all of them taken from his 2006 book “My American Kundiman.” The same immigrant solidarity and energy emerge in the fists and heels, the parties and the violence, in Rosal’s New York and New Jersey neighborhoods: “the hilot’s song / spilled into New Brunswick streets / drunk with a borrowed liquor / we call time.” (A hilot is a traditional healer.)

In Lauren Groff’s New Novel, Nothing — and Everything — Is Sacred