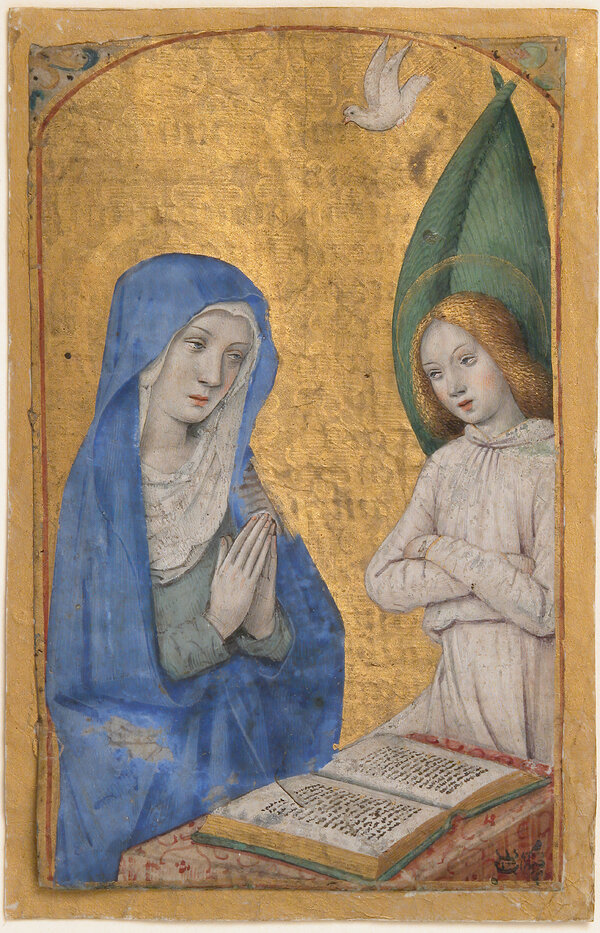 Maybe it’s the return of children’s crusades, Greta Thunberg’s for the environment, David Hogg’s against gun violence. Or the unrelenting death knell of a plague that summoned the astonishing sight of a field hospital in Central Park, while overburdened mortuaries outsourced the dead to mobile morgue trucks. Not to mention bleached reefs, blazing forests and the aerial Danse Macabre of starved migratory birds falling lifeless from the sky. Now that the Middle Ages have come loose from history books and ended up on the front page, it’s beginning to look like the Last Judgment panel from Bosch’s “Garden of Earthly Delights.”

What contemporary fiction writer might be better suited to take advantage of this particular discomfort than Lauren Groff? Perhaps best known for “Fates and Furies,” her vivisection of a marriage, Groff is a heavily allusive writer whose narratives typically carry a freight of sophisticated references. In her new novel, “Matrix,” the work of Marie de France — the 12th-century poet who leavened her traditional Breton lais with a little fairy dust — provides Groff a literary springboard into a past whose features offer a mirror to our own time.

Marie is a perfect vessel for a writer with robust vision: So little is known about her that Groff can proceed untroubled by questions of historical accuracy. In fact, there’s such a dearth of material that she borrows a few dates and places from contemporaneous accounts, especially the richly documented life of Eleanor of Aquitaine, through whose court Marie de France is thought to have passed, to provide a scaffolding on which to hang the life of a woman she imagines as the queen’s unrequited lover. There may be no better object for a troubadour to celebrate than Eleanor: “the mighty regent of France at that time, and later of England, mother of 10, eagle of eagles, power behind the powers,” a creature from whom “all good things flowed: music and laughter and courtly love,” as well as cruelty and mischief.

The year is 1158. As a “bastardess sibling of the crown,” the orphaned Marie de France is, alas, no glittering jewel to set in a queen’s gilded court. “Three heads too tall,” a “great clumsy lunk” with a “giant bony body,” Groff’s Marie is frankly unmarriageable: too ugly and unwieldy a burden to place on any man. On the other hand, she is educated and, having been left to fend for herself since the age of 12, when her mother died, knows how to run an estate — and how different is that from a nunnery? As it happens, Eleanor has just such a place on her hands, a “dark and strange and piteous place, a place to inspire fear.”

No, Marie protests; she is but 17 and entirely lacking a vocation, having been quick to discard the “foolish” religion she was raised in. After all, “why should she, who felt her greatness hot in her blood, be considered lesser because the first woman was molded from a rib and ate a fruit and thus lost lazy Eden?” Marie’s answer to her exile from court is to remain devoted to a vision that excludes both Adam and the serpent. Her decades-long care for and control of the women fate places in her hands will only harden her resolve to disobey what Eleanor presents as the basic ground rule between the sexes: the “laws of submission” that place women at the mercy of men.

A series of 19 apparitions of the Virgin Mary will organize Marie’s rule and validate her earthly ambition, which turns out to be as outsize as Marie herself, gradually transforming a small community of sick and starving women into a sprawling mini-Vatican magically, or mystically, hidden in the Arthurian forest, minus the boys. In the beginning, it’s all she can do to keep the nuns alive in their cloister. But, once she recovers from self-pity enough to understand the opportunity she has been given — real estate and a small army of celibate workers — she makes the most of every asset, beginning with the creation of a scriptorium.

Never mind that the work is intended for men — women “not thought able or wise enough” — Marie quietly spreads word that her nuns’ copying services are available for a fraction of what monasteries charge. And with this first impertinence, the abbey is set on a course of ignoring how the patriarchal powers-that-be might regard being undersold, or deceived, or dismissed or defied. One insult follows upon the other, ushering Marie past what is ill advised and into blasphemies, as she assumes priestly functions that make her feel “royal” and “papal” and frighten the nuns in her charge.

Female ambition and power are the central themes of “Matrix,” a math-y title that’s hard to pry off the science fiction film franchise. But the word originates from “mater,” which is Latin for mother, and thus associated with the Virgin, whose second apparition reveals Eve as the “first matrix.” In Marie’s exalted perception, her womb brought death into the world; and without Eve there could be no Mary, “no salvatrix,” and thus no deliverance. The purloined fruit of the tree of knowledge tumbles through time and past conception, immaculate or otherwise, to land in the womb of Mary, “the House of Life.” Jesus doesn’t really come into the picture.

So tempting to just shove them offstage, the menfolk, and why not? This is a romance, after all, and one that calls upon the powers of the fairy Mélusine, whom Groff gives to Marie as an ancestor. In these pages, men never appear, they only loom — a chronic menace of randy villagers and diocesan superiors, with “their stinking breath, their cheeks pimpled from shaving with dull ecclesiastical razors.” Marie’s trajectory depends on eluding or dispatching complications that come with men, which, apart from the machinations of bishops, are here represented only by predatory behavior: the usual rape and pillage.

Perhaps the greatest pleasure of this novel is also its most subtle. Groff is a gifted writer capable of deft pyrotechnics and well up to the challenges she sets herself, including that of rendering feverish apparitions of the Virgin as recorded by a seminal poet of the Western canon. One senses she doesn’t so much struggle to create her vision but is borne aloft on it, which is the page-by-page pleasure as we soar with her.

But it’s the dogged progress of a grand life that sustains this narrative. From its inauspicious beginning in the person of a sullen, selfish, godless teenager banished by an empress to perish in squalor, Marie’s transformation is that of a woman upon whom greatness is not thrust but slowly gathers. An orphan entrusted with the lives of others, calling herself their mother, gradually, by force of will, by dint of hard experience, becomes exactly that. As she reflects on her deathbed, “greatness was not the same as goodness”; but it does make for a more compelling story line.