The LBC presenter and political commentator Iain Dale is at the heart of public discourse on radio and TV. However, the 58-year-old has really had enough of the rudeness and intolerant self-righteousness expressed in many debates and discussions today. Having been tempted to walk off Question Time last year, and actually doing so on Good Morning Britain in February, Dale has now set out to present a better vision for how we should treat those we disagree with.

Speaking exclusively with Express.co.uk, he explained why he decided to write Why Can’t We All Just Get Along?

Dale said: “I got frustrated about the level of public discourse and just how people talk to each other; either on the internet or in mainstream media.”

“It’s partly to do with the pace of our lives. We all live much faster ones than we used to.

“We’ve almost been conditioned to have the attention span of a flea.” 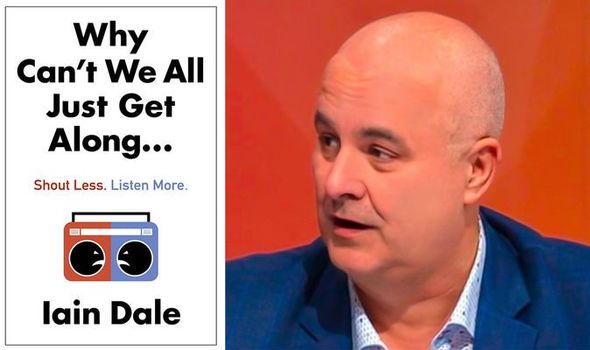 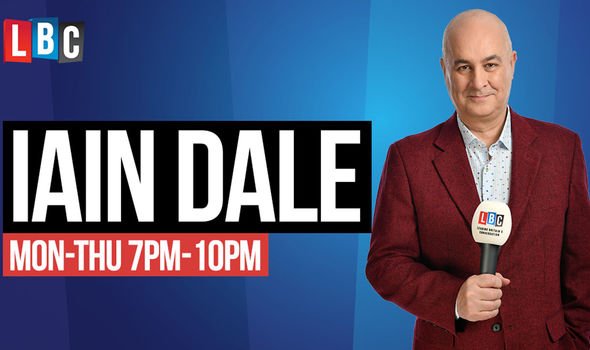 The 58-year-old pointed out how we see that most prominently in the short sharp interviews of major news programmes and said that Twitter isn’t exactly helping.

On the social media site he admitted: “I love it and I am addicted to it but it’s kind of taken over my life in some ways.”

Dale described how he once found himself arguing into the night with some stranger who had 20 followers, before asking himself, ‘Why are you doing this? What is the point?’ and revealed it even affected his sleep.

He added: “Everything has become so binary. It’s black and white. Echo chambers are never very interesting.” 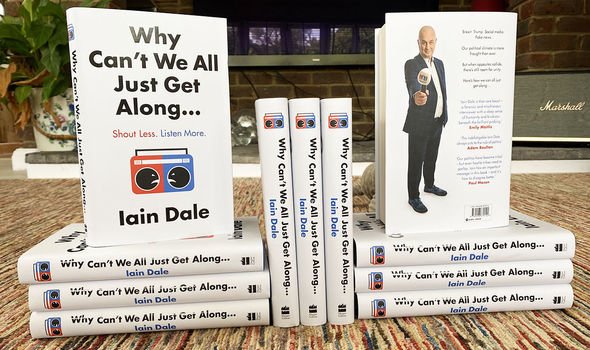 “We might not agree at the end of the conversation, but maybe we’ll have understood each other’s position a bit more. If you understand where the other person is coming from, it means you can form your argument to beat them.

“It’s like Brexit. If you are the sort of #FBPE Remainer, you are not interested in why anybody’s voted Brexit. You are convinced of your own rectitude that these people are either stupid or racist or both.

“And similarly on the Brexit side there will be Ultra-Brexiteers who do not understand any reason why people would want to Remain.”

He continued: “I can completely understand the Remain argument. I just don’t happen to agree with it. But if I didn’t have a conversation with Remainers, how could I begin to understand them?

“I’ve never seen anything like the Brexit debate in my life, where you literally have 64 per cent of Remainers who do not want their son or daughter to go out with a Brexiteer.

“Now I find that ludicrous. The figure on the Brexit side was 11 per cent and that’s too high.”

“It’s all tribal. If people aren’t in your tribe, they’re the enemy. That’s a really dangerous place, I think, for our society and media to be.”

On the Brexit victory, Dale added: “I actually think most Brexiteers have been fairly moderate in their jubilation in that I don’t think they’ve rubbed people’s noses in it.

“In contrast to a lot of people on the Ultra-Remainer side, who I think just cannot accept it’s happened. Now I think that’s changed since the general election result.

“There was a completely different atmosphere and everyone just went ‘Well that’s that then. It’s happening. Let’s make it work as best we can.’ Most Remainers I knew took that view. It was just the Ultras; people I used to describe as having Brexit derangement syndrome.”

Iain Dale’s new book Why Can’t We All Just Get Along? is published on August 6 and also available on audiobook.