How I left the bar and found a recipe for happiness: Writer reveals how she gave up her law career and became a pastry chef after the tragic loss of her mother

A HALF BAKED IDEA

At 25, Olivia Potts had the world at her feet. A beautiful Cambridge graduate, she was a trainee criminal barrister with a hectic social life in a new romance with a promising new boyfriend.

When she rang her mother, Ruth, to tell her about the new man, they laughed together about Olivia’s ‘child-bearing hips’. A few hours later Ruth, who suffered from liver disease, was dead.

Olivia was told that her mother’s yawn as they said goodbye was the first sign she wasn’t getting enough oxygen. The yawn was ‘a death knell, a swan song’. 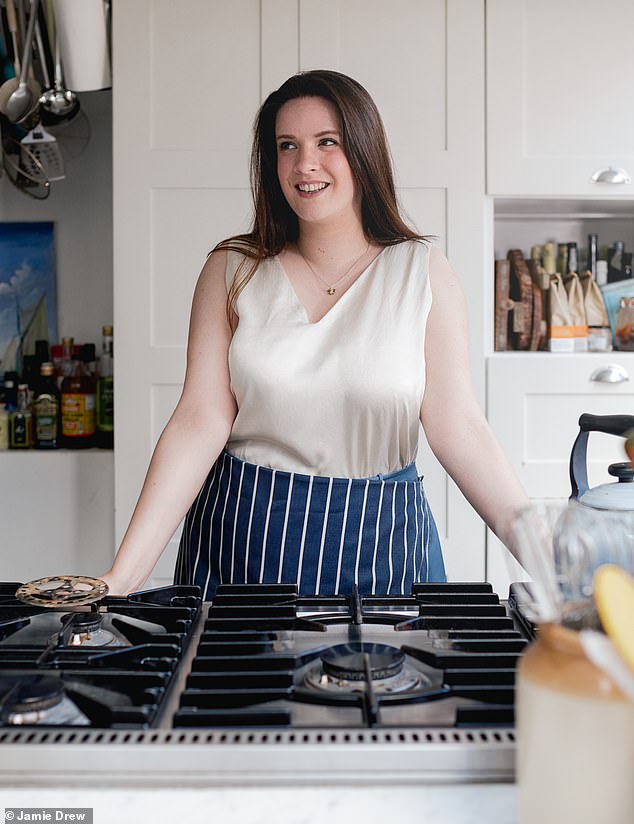 Olivia Potts (pictured) lost her mother at 25, when she was a trainee criminal barrister with a ‘hectic social life’ and was embarking on a new romance

From the outside, Olivia copes admirably with the loss of her ‘beautiful, brilliant, infuriating, mad mother’. She throws herself into her work and her relationship with Sam, the new boyfriend.

She never cries. ‘Grief, or at least expressing grief in public, can be exquisitely socially embarrassing,’ she observes.

But inside she is furious with her mother for having died, and she suffers from crippling anxiety, convinced something terrible will happen to those she loves.

One evening, mooching round the supermarket after a bad day at work, she buys eggs and lemons and decides to make lemon curd, which turns out to be ‘zingy and zippy in flavour, and satin smooth’.

Best of all, while she is cooking she stops thinking about anything else. As cooking becomes more and more of a refuge, she decides to give up law and become a pastry chef.

Olivia’s colleagues think she is crazy, and it’s hard not to agree. Her work sounds both useful and rather exciting, with cases in the Old Bailey and witnesses going to pieces on the stand as she cross-examines them. 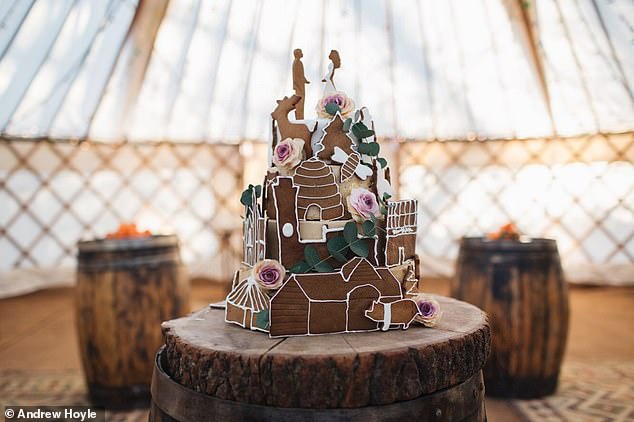 But she writes: ‘There is a recklessness that grief brings… my future was in my hands.’

She hands in her wig and gown, and embarks on Cordon Bleu training as a pastry chef, where the fearsome instructors make Paul Hollywood seem as scary as a rice pudding.

‘If you join the Army, their job is to break you down before building you back up. Sometimes, culinary school feels similar,’ Olivia wails.

As the new students examine their 33-piece knife set, they are casually told a third of them will cut themselves on the first day. Soon, Olivia’s hands are covered in scars and burns.

Two weeks of the course are dedicated solely to custard: creme anglaise, creme patissiere, creme diplomat, creme chantilly, creme caramel, creme brulee, creme renversee… any one of which can be ruined in an instant by the eggs curdling. 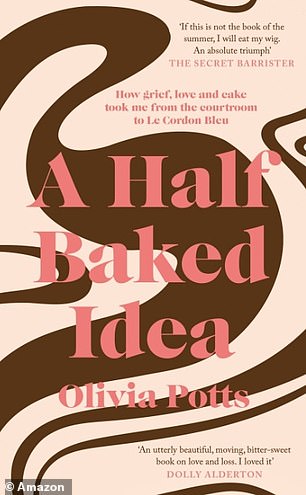 To perfect their piping skills, the students fill their icing bags with mashed potato (the same consistency as buttercream), while shaving foam stands in for whipped cream, and toothpaste is a substitute for royal icing.

Naturally, she passes with flying colours and embarks on a career as a wedding caterer. She marries Sam and makes her own wedding cake: ‘Four tiers tall… the best thing I’d ever made.’

And, finally, she starts seeing a therapist where she talks about her mother and cries a lot. She muses that perhaps baking has helped her simply because ‘patisserie is about precision…’, whereas ‘grief is messy’.

She has learned how to live with her loss, rather than fighting it, and to embrace fresh beginnings. ‘For 25 years, my mum was my great love story. Now I have a new one.’

Potts writes powerfully about the nature of grief, yet she has the lightest of touches with her sensuous descriptions of food. Like a sponge cake sandwiched together with a runny icing, the two halves of A Half Baked Idea don’t always gel, but it’s a delightful read — and there are some terrific recipes in it, too.