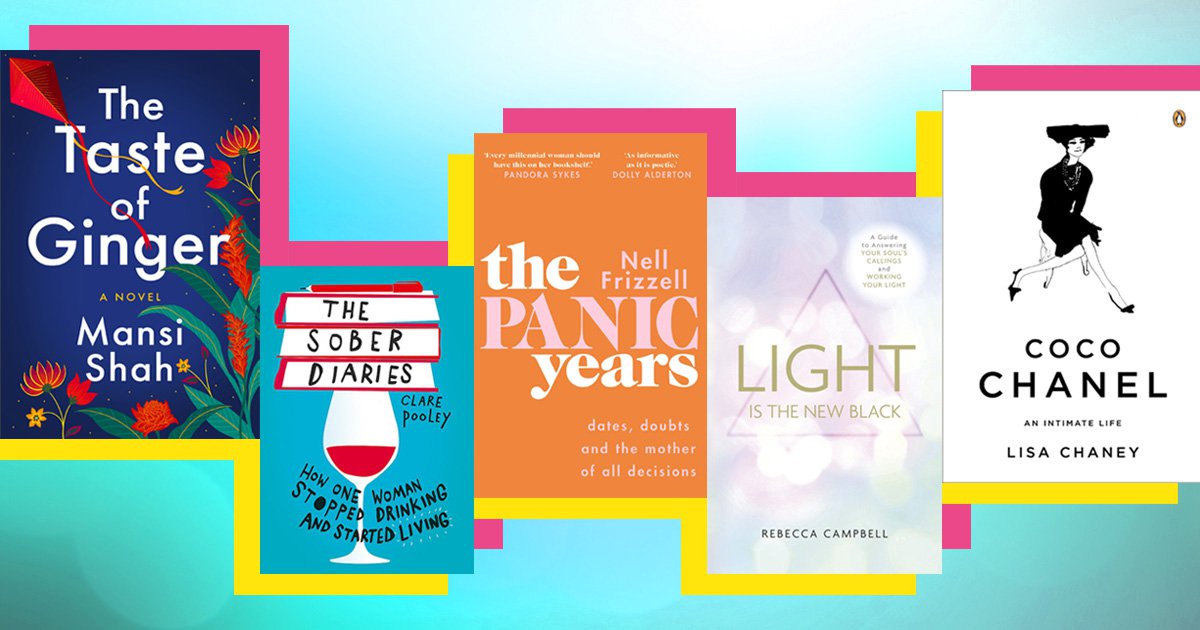 There’s nothing quite like sinking your teeth into a new book.

Letting yourself get carried to far away places and sucked into the lives of characters is one of the best things about reading a novel.

Equally, learning new things from a non-fiction book can be extremely rewarding and can teach you about more than just the content of the book itself.

But one of the most amazing things about books is that they have the genuine power to change people; their opinions, their ways of thinking; even their whole lives.

New research by Sandals Resorts, which surveyed 2,000 British women, found that 26% had made a significant life decision after reading a book, such as relocating, splitting up with a partner, getting married or deciding to start a family.

But is basing such a huge decision on a piece of art ever a good idea? We asked the people who did it.

‘After I read The Panic Years by Nell Frizzell, I was inspired to leave my partner of four years after realising that I absolutely wanted children and he didn’t,’ Hollie tells Metro.co.uk.

‘The book really spoke to me as a woman and made me realise, for the first time, that it was okay to be feeling jealous when friends got married and announced pregnancies, something I kept locked down and hidden away for fear I was just a terrible friend.

‘The book explores motherhood from many different points of view and it made me realise that just because I was disabled, it didn’t mean I couldn’t give motherhood my absolute best shot, whether that be solo or with a partner.

‘For years I kept hidden my desire to have children, I was a career girl and that was the box that defined me.

‘I’d been thinking about having children but knew I couldn’t do it with the man I was with – he made it rightly clear from the outset that he didn’t want children – and so I had to break off a future full of promises and adventure to go after something which I had no idea would work.

‘It was a difficult decision, in my ex I’d found my best friend, and to break off our relationship for something which isn’t certain was the hardest decision of my life, but the book convinced me I was doing the right thing.

‘Initially, I was terrified but I very quickly met a brilliant man who shares the same faith and desire for marriage and children.

‘Without that book, I think I’d have kept lying to myself that I didn’t want children and ended up really depressed.

‘I quit my nursing job and retrained as a holistic therapist’

Hayley read Light is the New Black by Rebecca Campbell

Hayley tells us: ‘I read Light is the New Black by Rebecca Campbell and decided to quit my job as a nurse to set up as a holistic therapist.

‘In the book, Rebecca talked about working in a shadow career, where you get to partially fulfil your soul’s purpose, but not in the deep way you’re meant to.

‘This was exactly how I felt, I enjoyed working as an occupational health nurse, but I knew I was meant for more and had a vision to share.

‘I found nursing incredibly stressful since qualifying in 2010 and, though I was good at what I did and cared deeply, yet couldn’t shake the feeling that it was part of my journey, not the destination.

‘I had been training in holistic therapies since 2011, yet never truly believed at the time that I could make a living doing it.

‘I felt that I should feel grateful, yet I knew I longed for more – I felt trapped.

‘I first read the book in 2016, at the time I enjoyed it and it resonated deeply, but it wasn’t until 2018 that I felt able to fully decide.

‘I’m a completely different person now and I hadn’t realised how much my mental health had been affected.

‘I’d also been off the pill since getting married in 2016 and within 3 months of quitting I was finally pregnant. I believe it was reducing the stress and long commutes that helped.

‘I feel like the real me now and I’m completely aligned – I no longer have to wear different hats, or fit within a system.’

‘I read Clare Pooley’s book The Sober Diaries just after Christmas 2018 and found the strength to follow her footsteps and quit the booze,’ Janey tells Metro.co.uk.

‘I was a “grey area” drinker just like her – not at rock bottom, but drinking was massively affecting my life.

‘I had thought about it for years, stopped a few times but always went back, trying to “moderate”.

‘I didn’t identify with the Alcoholics Anonymous approach, I wasn’t at rock bottom but stopping felt impossible,

‘That Clare was so relatable, her story was similar, and it seemed as though she was saying, if I can do it – you can.

‘Her story introduced me, for the first time, to a world without booze that was better, when I had previously only seen it as “having to give up”.

The decision to stop, once made, wasn’t difficult, but seeing it through, especially initially without support, was very difficult; I felt ashamed so didn’t tell anyone!

‘It was the right time, and it was 100% the best decision I have ever made for my health and wellbeing.

‘The book “dangled a carrot” that there was a better life on the other side of drinking.

‘I’m now more than four years sober and everything has changed: I’m healthier and much more present.

‘I started my own business’

‘Coco Chanel is a legendary woman who came from almost nothing and made herself into a beautiful icon of luxury,’ says Dennis.

‘She opened her first fashion house in Paris in 1918, and this helped in liberating herself from the poverty she was born into.

‘Before I read this biography, I wasn’t convinced that someone who grew up in a slum in Manila, and whose parents were fruit pickers, could go on and have his own company.

‘Through that book, I was inspired by Coco Chanel’s grit, resilience, and entrepreneurial spirit.

‘At the time, I was working for a PR agency in London.

‘It was a difficult decision to quit but I knew I had to make it happen because I don’t want to work for anyone anymore.

‘Although we chose different fields, I draw inspiration from Chanel’s life story and entrepreneurship.

‘Thankfully, it was the right decision.

‘I don’t think I’d be able to pay off my mortgage had I still been working for someone else.

‘I also relish the privilege (and calmness) of working for myself.’

‘I decided not to divorce my husband’

Louise read The Taste of Ginger by Mansi Shah

Louise, who wishes to remain anonymous, says: ‘I got married in 2008 and I’d known my husband for years before that as we were friends before we got together romantically.

‘We’ve had a lot of difficult times; we lost a number of pregnancies and it took a lot for us to be able to have our two children.

‘As a result, because we started trying to conceive as soon as we got married due to our ages, we just lost ourselves as a couple.

‘We haven’t had sex since we conceived our youngest 8 years ago, he doesn’t really do affection, we’ve had counselling and nothing really changed, he just doesn’t seem able to express love, though if issued he tells me does.

‘So, I felt I needed to get out, find someone who can do the emotional stuff – I felt I deserved that kind of happiness.

‘Then I read Taste of Ginger, which explores arranged marriages and looks at the difference between the Western ideal of romantic love and the other ideal, which is that love grows out of building a life together, out of joint commitment to family and children.

‘I had my eyes opened to see that what I have is very rich – we are not unhappy, we get along really well, we never argue, we parent together well and share most of our principles and ideals.

‘It put everything into perspective for me.

‘The book is ultimately about how chasing romantic love is not necessarily the answer, that there is more to love than that, and we make choices and compromises in all relationships.

‘The book really did change my life because it changed my whole perspective on love.’

The power crazed crook in the Kremlin

Spring in the time of coronavirus