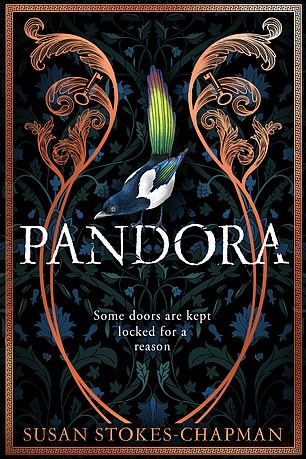 Susan Stokes-Chapman’s debut is just gorgeous. Set in Georgian London and vibrant with the sounds, sights and smells of the city, it tells the beguiling story of Dora Blake and a Greek vase that’s been smuggled by her villainous uncle into the basement of her departed parents’ once reputable antiquities shop.

Ambitious, inquisitive Dora longs to be a jewellery designer for the beau monde, but she’s also determined to unravel the mysteries behind the vase.

Aided by her pet magpie, Hermes, and Edward Lawrence, who hopes to become a member of the Society of Antiquaries, the intrepid duo visit dockside slums, grand ballrooms and the refined halls of Somerset House on a quest to uncover the long-hidden secrets of the ancient artifact.

Romantic, suspenseful and beautifully written, this is a glorious treat.

In 1926, Agatha Christie disappeared for 11 unaccounted-for days. Dismayed by her husband’s admission that he was having an affair and planning on divorce, she packed her typewriter and drove off into the night.

Her car and suitcase were found abandoned but there was no trace of the author. These scant facts spin out into a scintillating, speculative tale that takes in lost love, revenge, Irish mother-and-baby homes and a double murder at an upmarket spa in Harrogate.

Narrated by Nan O’Dea, the mistress of the unappealing Archie (Agatha’s spouse), Nan elegantly unravels the complicated connections between herself and Agatha, and slowly reveals how a charismatic, war-damaged Irishman and a rumpled, equally battle-scarred policeman tie in with endearing Agatha’s vanishment and the surprising identity of the two murder victims. 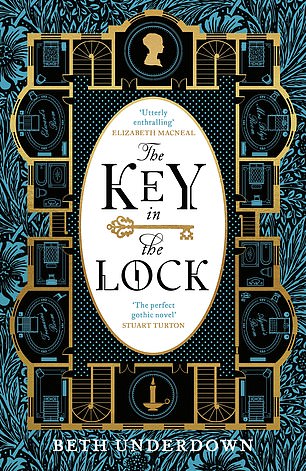 THE KEY IN THE LOCK

Ivy Boscawen is haunted. Felled by grief at the death of her son, Tim, in the Great War, her dreams are full of embers and fire and the charred ruins of a room in a Cornish big house called Polneath; a house where a young child perished, hidden under a maid’s bed, as the smoke took hold.

Ivy was a naive 19-year-old at the time, a doctor’s daughter, who had a yearning love for Edward Tremain, the son of the volatile, violent master of Polneath.

Now, 30 years on, she’s unhappily married, disconsolate at her loss, puzzling over the past and regretful of her dubious role in the inquest into the fire. Packed full of secrets, eerily atmospheric, this is a darkly gothic tale.