BLINDFOLD
A Memoir of Capture, Torture, and Enlightenment
By Theo Padnos

In the fall of 2012, Theo Padnos was down and out in Antakya. An American freelance reporter in his early 40s, he was bunking at a grotty guesthouse in this town in southern Turkey on the border with Syria. Magazine editors were ignoring his emails. His funds had shrunk to a few hundred dollars. He felt lonely.

One evening, Padnos met a pair of young Syrians who, calling themselves citizen journalists, offered to spirit him into their country to report on the war unfolding there. Despite some troubling omens — another reporter, Austin Tice, had vanished weeks earlier — Padnos leapt at the offer. Less than 24 hours later he was sprinting across the border, into Syria, and headlong into a personal catastrophe.

What happens next is the subject of “Blindfold,” Padnos’s searching account of the almost two years he spent in the clutches of Jabhat al-Nusra, the main Qaeda affiliate in Syria. The Syrian guides turn out to be jihadi kidnappers. They abduct Padnos, who is promptly sucked into a subterranean archipelago of pain — a series of filthy jails where he is whipped and electrocuted as bombs rain down outside. He is plagued by lice and the screams of fellow prisoners. Hunger is a constant companion.

Like many hostage memoirs, “Blindfold” lays bare the human condition at its extremes. There is depravity and resilience, rage and revelation, and, ultimately, a triumph of the human spirit. Padnos, however, takes the journey a step further, using his fluent Arabic to engage with his captors, probing their motives and prejudices, not to mention the psychology of a wartime community that appears to be in thrall to a fundamentalist ideology.

At first, though, he turns the lens on himself.

Padnos, who then went by Peter Theo Curtis, introduces himself as a plucky yet penniless reporter. He learned Arabic in Yemen, where he wrote a little-read book about Islamic schools (and subsequently changed his name to avoid being associated with it while continuing to report from the Muslim world). He spent three years in the Syrian capital, Damascus, where local men pressed him to marry their daughters. His career was going nowhere. But he disdained the correspondents from the big news outlets, with their satellite phones and poolside rooms who “mistook the lies they encountered for truth.” “I hated them,” he writes. “Phonies.” 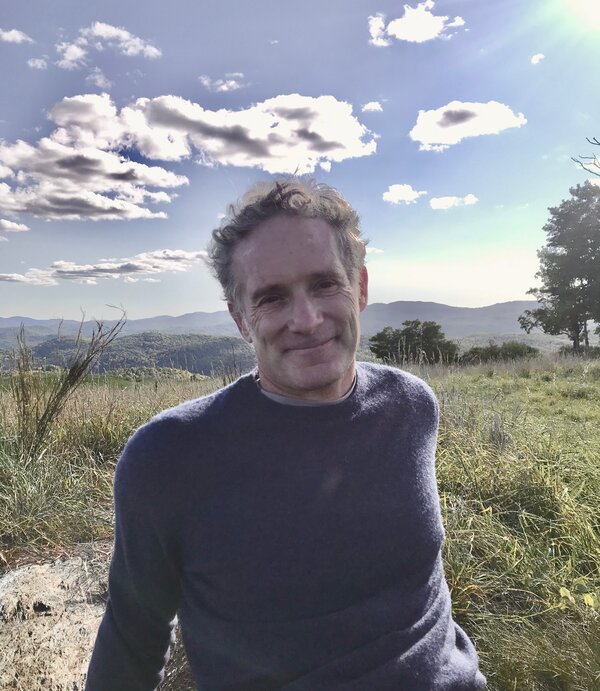 He considered himself more authentic, in the mold of George Orwell in “Down and Out in Paris and London.” He imagines that, once in Syria, he will be able to mine the most mundane interactions for rich details to write a revealing portrait of the country or, at the least, earn a $200 story fee.

Unfortunately for Padnos, once he is kidnapped those qualities suggest to his captors that he is, in fact, a C.I.A. agent. When he tries to impress a local Syrian judge with his intricate knowledge of jihad, the judge rubs his chin. “You’re not a journalist, are you?” he says. Padnos frets that his captors will discover the title of his book on Yemen, “Undercover Muslim,” which suddenly seems an especially poor choice.

Over the first 80 pages Padnos outlines his missteps in forensic detail, mocking his vanities and ruing the many warning signals he missed. After much of this, the effect becomes grating. He’s the “dumb American” — we get it. But once he has plunged into the abyss, those same factors — his language skills and familiarity with Islam, but also his reflexive curiosity — make Padnos a thoughtful witness of a nightmarish world, and distinguish his memoir as an acutely observed account that is deeply moving in places.

Where possible, he befriends his captors, many of whom had themselves been brutalized under Syria’s dictatorial leader, Bashar al-Assad. He decodes their jihadi lingo and religious references, their flimsy moral framework of sin and punishment and their hatred for America. He sympathizes with the way his fellow captives venerate the Quran.

But he also shoots straight when faced with the absurdities of their theater of brutality. When a line of men in suicide vests gather at his cell door, he likens them to runway models wearing “this season’s most audacious item,” with attitude to match. “They were fashion-forward terrorists who know how to pout, to invite stares and to exhibit their indifference at being stared at.”

The book’s title comes from a grime-stained scrap of fabric that Padnos was forced to wear during interrogations, and that ultimately became a comfort. The storytelling is similarly tight, almost blinkered. There’s no step-back section to present the context of Syria’s war, and not much about Padnos’s anguished mother back home in Vermont. We stay with him, in the cells, where the forces he imagines control his fate loom distantly like gods and demons: heartless bureaucrats in Washington and Damascus; Qaeda commanders lounging before their TVs; President Obama in the Oval Office.

The arrival of another American captive — Matthew Schrier, a photojournalist from Long Island — provides an interlude, but not a heartwarming one. The two men bicker, and eventually come to blows. At one point, Padnos confesses to Schrier that he would kill him if it meant gaining his freedom. When an opportunity to escape presents itself, Schrier flees at dawn into the streets of Aleppo. But Padnos, stuck in a window frame, is unable to wiggle free.

Exactly what occurred in those moments is the subject of a bitter feud between the two Americans, and Schrier has given his version in his book, “The Dawn Prayer.” The fact of the matter, though, is that Padnos fell back into the cell, where he received a severe beating from their enraged captors.

Padnos reserves his greatest scorn for Washington. He suspects that guns donated by the C.I.A. to Syrian rebels, as part of a $1 billion covert aid package‚ ended up in the hands of his captors. As his mother begged the State Department for help, he says, the American ambassador to Syria was posing for photos with U.S.-vetted rebel leaders. In captivity he fantasized that President Obama would ride to his rescue, only to find out later that, upon learning of such cases, the president “did not do much.”

He is particularly angry about the lack of help for Kayla Mueller, an American hostage subjected to organized rape by ISIS, who died in disputed circumstances in 2015.

Padnos has told his story before, notably in a 2014 article for The New York Times Magazine, and in “Theo Who Lived,” a 2016 documentary directed by David Schisgall. The narrative in this account of nearly 400 pages meanders at times, and contains a few strange omissions. He does not mention, for instance, his failed escape attempt in August 2014, or the humiliating video message he was forced to record soon after. He is vague about the ransom of millions of dollars and the Qatari diplomats who secured his eventual release.

And there are times when Padnos, despite his acute insights into others, is frustratingly elusive about his own emotional state. Upon his release he declines to speak with his mother, worried about “a general system failure in my emotional circuitry,” but reveals little more. Still, he does reach a resolution of sorts, in the form of an allegorical novel he wrote in captivity, and finally smashes the spell held by his jailers on his imagination.

“I had bumbled into a colony of brutes,” he says bluntly. “They were to be feared no more — and no less — than other brutes.”

The fate of less fortunate hostages, though, haunts the story. Padnos acknowledges that his release, in August 2014, was precipitated by the furor over the appalling execution of another reporter, James Foley, days earlier. And Austin Tice, the freelancer who vanished weeks before Padnos in 2012, is still missing today.