France has never been very good at grappling with its colonial past. Among the most stubborn ghosts to haunt the contemporary republic is the brutal war it waged in Algeria, its former colony, from 1954 to 1962. After the conflict, France long denied the human rights abuses committed in its name and censored numerous works of fiction and nonfiction that exposed facts to the contrary. This censorship has had the effect of muting the tangled personal and political realities underlying the grand narrative of this anticolonial struggle — the distinct and shifting investments of communists; pieds-noirs, or Algerian-born European settlers; colonial soldiers and officials; pro-French Indigenous harkis; and Algerian militants, among others.

It is precisely this complexity that colors Joseph Andras’s electrifying debut novel, “Tomorrow They Won’t Dare to Murder Us.” Originally published in France in 2016, the novel won the Prix Goncourt for first novel (which Andras refused) and was heralded as a singularly vivid re-creation of this tragic period in French and Algerian history. Andras gives an unsparing account of the capture and execution of the real-life revolutionary Fernand Iveton at the hands of the French Army. Iveton, a pied-noir, communist and supporter of Algerian independence, planted a bomb in a factory just outside of Algiers in November 1956. He timed the bomb to detonate after work hours, intending to avoid casualties, but it was discovered and defused. Still, Iveton was savagely tortured, hurriedly tried and guillotined — the only European to meet this fate during the Algerian War. 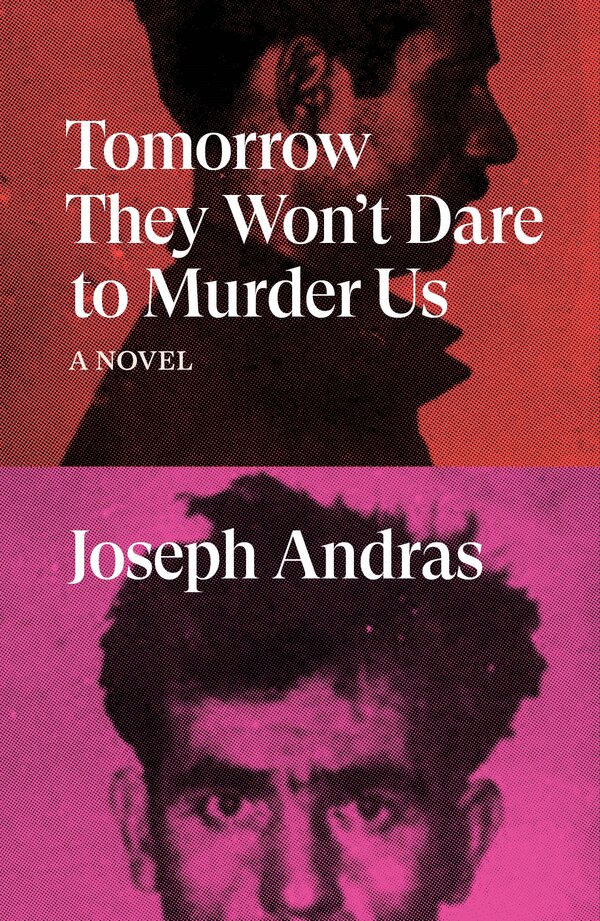 Andras is most interested in the intimate dimensions of this radical life. He hurries the first pages of his novel through Iveton’s would-be act of sabotage and his subsequent arrest, and then asks us to bear witness not only to the excruciating details of his brutalization, but also to the concatenation of family history, political conviction and love that ultimately landed him in that “interrogation” room in the first place. Despite a translation that struggles to render the tautness and lyricism of Andras’s prose, the intensity of both Iveton’s principles and the political moment he’s embroiled in still manages to shine through. Toggling between past and present, Andras allows multiple voices onto the same page — into the same sentence, even — and so sketches the landscape of politics and emotions that sealed Iveton’s fate. In Andras’s telling, it is Iveton alone who seems convinced that “barbarity cannot be beaten by emulation,” that “blood is no answer to blood.”

“I love France, I love France very much, I love France enormously, but I have no love for colonialists,” Iveton says to the presiding judge in the middle of his trial. This was an impossible position to take in the French imperial world of the mid-1950s. There was no France without its colonies. If Iveton aspired only to a future for Algeria that would see France “recognizing all of its children, wherever they’re from,” as Andras makes the case, the unlikelihood of that humanist dream coming true is made equally clear. This moment in history had no room for the idealism that animated Iveton or others like him. The insidious poison of political cynicism stood firmly in the way of fellowship and forgiveness during the Cold War.

The year 2022 will mark the 60th anniversary of Algeria’s war of independence, and France has begun to prepare the necessary rituals of reckoning. In January, the French historian Benjamin Stora submitted a 147-page report on “the progress made by France on the memory of the colonization of Algeria and the Algerian War” to President Emmanuel Macron, a report Macron commissioned to signal his “willingness to promote reconciliation between the French and Algerian people.” Macron has made clear that while “recognition” of this gruesome history is on the table, “repentance is out of the question.” So while the report appears to be a step forward in reconciling the French postcolonial present with its troublesome colonial past, it will most likely fall short of true reconciliation for those who survived that past or who remain haunted by its ghosts. “Tomorrow They Won’t Dare to Murder Us” insists on plumbing the thorniest details of history’s scandal, suggesting — convincingly — that certain truths are best revealed in fiction.