There are times when Chang-rae Lee — Pulitzer fiction finalist, PEN/Hemingway Award winner, English professor at Stanford, beloved novelist with a sixth one on the way — wonders if he can write.

With every book he has published, he said, he has thought about the accolades he has received since his 1995 debut, “Native Speaker,” and thought: “This is all mirrors. It could dissipate. It’s fog.”

Over the years that Lee spent working on his latest novel, “My Year Abroad,” there were many moments, he said during a video interview from Honolulu, where he has been spending most of this month, “where I was absolutely sure I was on the wrong track, and that I was this close to failure and throwing it away.”

That teetering sensation, the anxiety about his capabilities, is familiar to him. “Maybe that’s an immigrant alarm, an immigrant boy’s alarm: ‘I don’t belong here. I don’t really know the language, figuratively and literally,’” he said. “I don’t want to feel it, but I also kind of think that if I stop feeling it, that’s when something really bad happens. I don’t want to feel too comfortable.”

It’s an impulse that animates “My Year Abroad,” which Riverhead will publish on Tuesday. For Lee, the book is about “thrusting oneself into the world, and being open-eyed about it.”

The main character, Tiller, is a moderately aimless 20-year-old from the fictitious, moderately nice New Jersey suburb of Dunbar. In one story line, he meets Pong, a Chinese-American entrepreneur whose businesses include Indonesian health elixirs and a frozen-yogurt shop (called WTF Yo!), and takes him up on a marketing job that becomes a wild, sometimes harrowing ride through Asia. In a second story line, it’s a year later, and Tiller, puzzling over the past and present, is in the not-as-nice Jersey suburb of Stagno, living with a romantic partner and her 8-year-old son, who are in witness protection.

Lee, who was born in Seoul in 1965 and immigrated to New York with his family when he was 3, has always addressed the issue of race in his writing, but he explores the subject differently in “My Year Abroad” than in previous novels, whose protagonists are recognizably Asian-American, or whose stories wrestle with racial identity. Tiller is one-eighth Asian (“I guess you could call me Low Yella,” he says), and often passes for white, but his rapport with Pong and his transformative time in Asia are strategic, Lee said. “He’s going to meet other people there who are different faces of who he could’ve been or might’ve been.”

Tiller wavers constantly — unsure why Pong would hire a mediocrity like him, panicked when it’s his turn at a karaoke bar, nervous when his girlfriend’s son becomes such a good cook that their home on Whetstone Street becomes 20 Whet, the hottest reservation in Stagno. But at key moments, he’s willing to take a plunge. In the karaoke scene, for example, he says that he never sings aloud, but as the Electric Light Orchestra’s “When I Was a Boy” starts playing, he opens his mouth and brings down the house. That passage was a bit of wish fulfillment for Lee, who describes himself as a terrible karaoke singer. (“Being Korean, that’s especially weighty.”)

At other times, Tiller embraces adventures to more startling effect, whether it’s sexual experimentation (“Question: What happens to you when you’ve gone way too far?” he asks himself after one encounter) or going on a business trip during which he ends up inside a human-size mortar and pestle, making curry paste until he is half blind from crushed chilies, sneezing from pulverized lemongrass, and so physically and emotionally spent that he is leaking both tears and mucus. “Don’t worry, Pale Cricket,” a fellow laborer tells him, “chef actually likes byproduct. He says gives better flavor!”

Lee enjoyed writing that scene and describing Tiller broken down. “I think this book is about not reveling in pain, not celebrating it, but not avoiding it,” he said. “I wanted this book to be a bodily experience.” (Or as his friend and fellow novelist Jeffrey Eugenides put it in an email, “Chang does for food what the Marquis de Sade did for sex.”)

What Lee is after in both the karaoke and curry episodes is extremity, pushing oneself to be more fully part of the world. “Particularly for someone like Tiller, I wanted to give him a chance, literally, to sing his song,” he said. 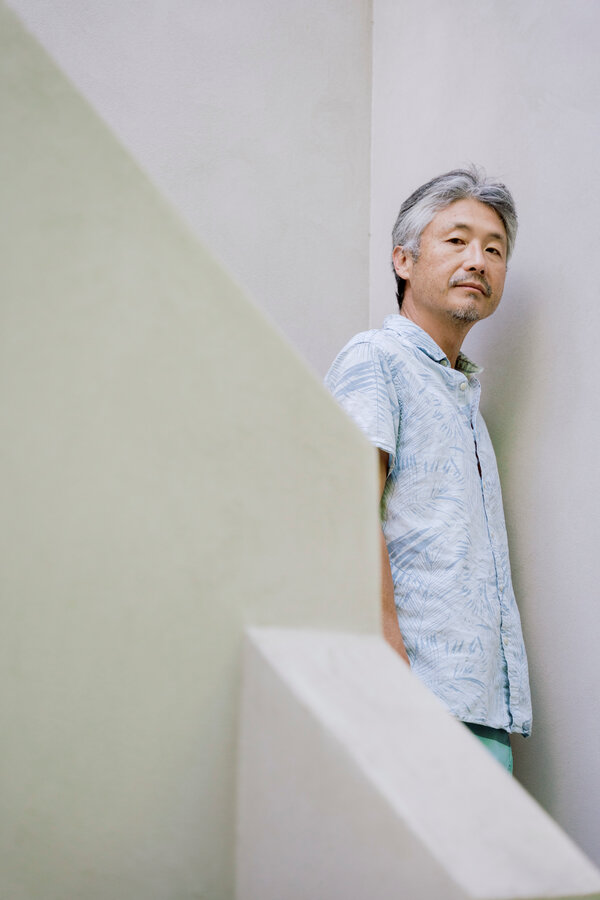 Sarah McGrath, Riverhead’s senior vice president and editor in chief, worked with Lee on this book, and on his previous two, “On Such a Full Sea” and “The Surrendered.” “I think Chang is writing about the stimulation that comes from being in a completely new culture and setting, and how it allows us to discover new qualities in ourselves,” she said in an email.

In conversation, it can be difficult to reconcile the heaviness of Lee’s work with the laughing, seemingly well-adjusted, married 55-year-old he is. “Unlike a lot of American writers, Chang mixes mainly with nonliterary people,” Eugenides, who taught with Lee at Princeton, wrote. “He knows business guys. He knows guys who play golf.”

Another friend, the novelist Gary Shteyngart, said in a phone interview: “He’s not morbid, and that’s true of maybe 10 percent of the writers I know. I don’t know how he got away with it.” He added: “There’s an even-keel aspect to him that is not what I encounter with a lot of my very neurotic friends.”

Maybe it’s his suburban roots. When his family first came to New York, they lived on the Upper West Side, but soon moved to Westchester County, north of the city. He and his family moved to San Francisco when he joined the Stanford faculty, but before that he taught at Princeton and lived in the New Jersey suburbs. In “My Year Abroad,” those suburbs are where the story begins and ends, not by accident.

“It’s a place where I think it’s easier to ask questions of yourself, because there’s not much going on,” he said. In a city bristling with energy and crowds, it can feel to him that there is a performative aspect to life. “In the suburbs, it’s not like that. It doesn’t feel like that to me. Which is dull, sometimes, or a lot of the time, but also it’s kind of comforting and liberating.”

After graduating from Yale, he worked as an equities analyst for exactly one year, and later received his M.F.A. from the University of Oregon while writing “Native Speaker.” He wrote a novel before “Native Speaker” that was never published. Titled “Agnew Belittlehead,” it involved members of a New York City cult who all had the same experience using certain magic mushrooms — “sort of a precursor to Instagram,” he said, “or Newsmax!” It was a terrible novel, he added, “and kind of full of itself,” though at the time he desperately wanted it to be a success.

Its failure was, for him, instructive. “When there was such a nice reception to ‘Native Speaker’ and ‘A Gesture Life,’ I guess I didn’t feel like that was preordained,” Lee said. “I just felt very lucky.”

Lee’s creative process is of the butt-in-chair school: When he’s working on a book, he has breakfast, then goes to his home office and writes, then goes cycling. He doesn’t like to show work in progress to anyone, even (or especially) if he knows they will praise it.

He might cut back on his fiction reading while at work on a novel, tending to read more poetry: Tracy K. Smith, Edward Hirsch, Campbell McGrath, his mentor Garrett Hongo. Lee’s tastes run eclectic, but all of it helps remind him what he loves about writing: “I love the sentence. I love singing that song.”

He is working on his next book, though currently it looks more like multiple books: a tragic romance set in the South Bronx in the 1970s, a roman à clef about his mother, a story about the summer camps he used to attend with other Korean-American kids. He likes to dabble in a few ideas, discarding material while letting other stories creep in. He tells his fiction-writing students that even once they’ve focused on a plot, “please do not cut off all the other things that you’ve been thinking about, because those are part of you. Those are your concerns, even if they’re not at the forefront.”

Lee recently watched a screener of “Minari,” a film directed by Lee Isaac Chung that premiered at Sundance in 2020. It depicts a family of Korean immigrants trying to establish themselves in Arkansas, and Lee was struck by how little racial conflict plays into the story. “Whether or not that’s the truth of how things really are, it’s definitely the truth of that movie, and I believed it,” he said. “And I thought, huh, their troubles come from other things.”

Lee admired that complex depiction of the Asian-American experience. “It wasn’t a whitewashing, it wasn’t an ignoring of it, it’s just a face of it that seemed, to me, quite true to life,” he said.

As for his own work and what he examines, he never knows until he starts. “In the end,” he said, “it’s always a surprise to me, what actually happens on the page.”

How Richard Linklater’s ‘Dazed and Confused’ Came to Exist

First person: No drought of ideas at the Moree book club