In the final season of Game of Thrones, Arya Stark managed to kill the Night King with her Valyrian steel dagger. As a result, the rest of the White Walkers completely shattered. But it turns out that wasn’t always going to be the case, which suggests that maybe Jon Snow will be the one to stop the dead in the remaining ASOIAF books.

“And he even said, ‘It was going to go that way. Someone told me in season three that I was going to kill The Night King.’

Williams added: “And then, he read the script, and it was Arya the whole time.

“Yeah, I think it would’ve been too obvious.” 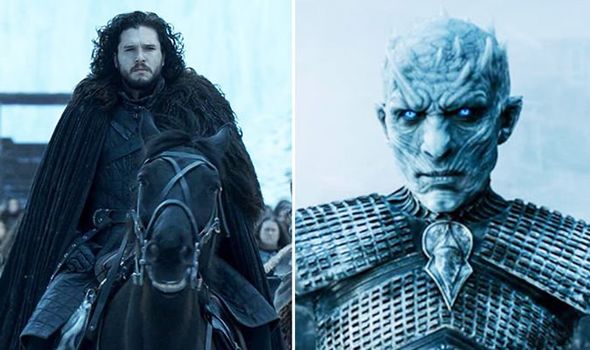 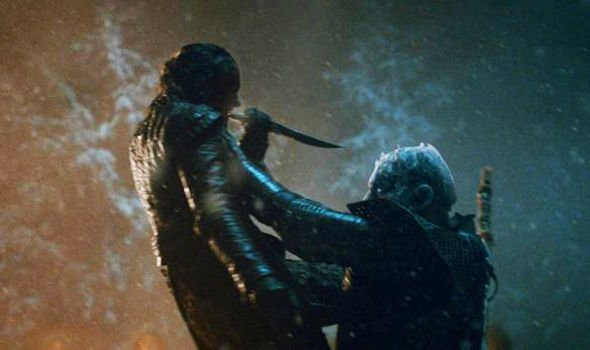 She added: “I’m glad that it was Arya, honestly.

“I think I had the best storyline of the final season.”

Unless Kit was mistaken or received wrong information, this suggests that perhaps Martin’s plan for the White Walkers’ end is by Jon Snow’s hand and not Arya’s.

After all, the author gave the Game of Thrones showrunners an outline of what he’s planning for The Winds of Winter and A Dream of Spring, once the TV series had passed his books’ narrative. 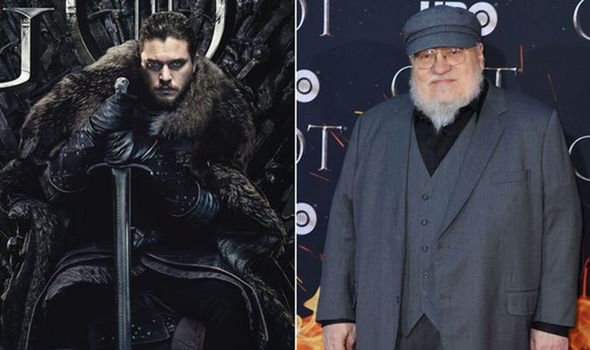 So perhaps that’s what Martin has planned, but the showrunners chose Arya instead?

Let’s also not forget that there is no Night King, at least not yet, in the ASOIAF books.

So maybe Martin has a different end for the White Waters planned at the hand of Jon Snow.

The 71-year-old author has previously stated that the ending of Game of Thrones does follow the main plot beats he has planned out for his final two books.

However, he’s teased in previous interviews that somethings will be different.

Even referring to Game of Thrones as an ending, but not the ending.

Whatever the case, hopefully fans won’t have to wait much longer for The Winds of Winter to find out how different it is from the show.

Although, presumably the Battle of Winterfell won’t occur until A Dream of Spring, which could be years away.

Martin is currently busy working on The Winds of Winter in his mountain cabin.

Originally he had a personal deadline for the book’s release this July.

But now the author says he “hopes” the long delayed novel will arrive in 2021.

He will then write a Dunk and Egg short story as a palate cleanser before taking on A Dream of Spring.