In a show and source books overflowing with outrageous and controversial topics and revelations, the Lannister twins still stand out. Cersei would be pleased by that, no doubt. It’s a mark of George RR Martin’s extraordinary writing and character development that readers are able to understand what makes both twins tick – and even start to sympathise with them. Well, one of them more than the other. Yet, it is Cersei who is apparently one of the author’s favourite characters to write. She has so many fascinating and terrible layers that while most people think they understand her sexual need for Jaime, it actually goes one horrifying and heartbreaking layer even deeper into something truly disturbing.

Everything you need to know is in that most famous of quotes from the very first book.

Cersei admits her incest to Eddard Stark and says: “Jaime and I are more than brother and sister. We are one person in two bodies. We shared a womb together. He came into this world holding my foot, our old maester said. When he is in me, I feel… whole.”

On a simple level, this is just the most extreme version possible of a bond between twins. Most fans take this as obvious, the sexual bond between the Lannister twins is just the ultimate extension of their unique connection. Nobody can ever understand them, nobody can ever replicate the feeling they shared in the womb. Nothing and no-one ever comes close.

This may be the entire truth for Jaime, but Cersei, as always, takes it to an even more extreme level.

There are three extraordinary parts to why Cersei so desperately craves full, penetrative sex with her brother.

Firstly, Cersei has never hidden her frustration at the limitations of being a woman in an oppressively patriarchal society. She overwhelmingly wishes she were a man. She is convinced she would make a better warrior than any man, a better king, a better son to her father.

When Jaime is inside her, she almost erases any awareness of him and she is able to feel as if she is the man. His body becomes hers and for those moments she is everything she always wanted to be.

Secondly, this links to Cersei’s pathological sense that her brother and her children, especially her sons, are extensions of herself. Sex with Jaime is like a missing part of herself returned.

The third reason, though, is the most tragic. 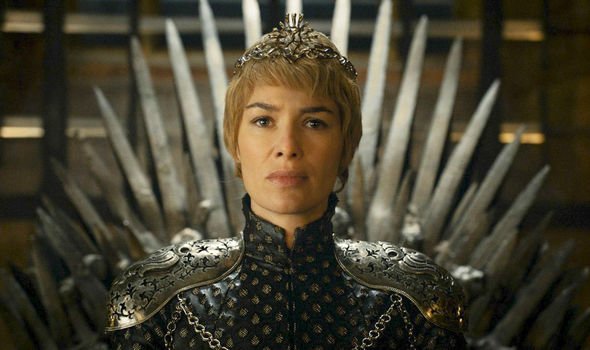 George RR Martin has an ongoing fascination with characters who lose their sense of self. Theon becomes Reek, Arya becomes many other people, even Daenerys strays further and further from her original fixed sense of who she was.

But Cersei is the only one who craves this on a primal level. When she is completely physically united with Jaime, Cersei is no longer herself. She disappears into an addictive sense of the two of them as something other, something more than the sum of two parts. Jaime craves their union becomes he loves her and needs her so completely but his awareness of her never diminishes, it is only heightened when they have sex.

No wonder she is so unbearably unhappy and unsatisfied every other moment of her life.