MY HEART
By Semezdin Mehmedinovic
Translated by Celia Hawkesworth

How strange that the power of family love should be a relatively uncommon literary subject. Is it because so many writers had unhappy childhoods, or because we believe that readers require drama, conflict and disorder? Didn’t Tolstoy warn us that happy families are all alike?

The loving family at the center of Semezdin Mehmedinovic’s immensely moving “My Heart” — a novel that is autobiographical without ever seeming confessional or succumbing to the egocentrism of so much autofiction — has endured a lifetime’s worth of drama before the book begins. The writer; his wife, Sanja; and their son, Harun, survived the Siege of Sarajevo, and in 1996 emigrated from Bosnia with no money, no contacts and no preparation for their new lives in Phoenix. Over time, they moved to Washington, D.C.; Mehmedinovic worked for Reuters and published “Sarajevo Blues,” a collection of poems and short pieces about the war; Sanja got a job at a company that protected refugees; and Harun grew up to become an artist specializing in night photography.

In 2010, Mehmedinovic, at 50, had a heart attack, the event that opens the first of the book’s three sections. What follows is a daunting account of how one’s existence can take a sudden turn for the worse: a dark moment brightened by the writer’s genial, gently reflective sensibility. He is amused, as the pain in his chest and neck intensifies, that the attack recalls a famous author’s description of cancer in an essay for Vanity Fair. (“This is comical! I’m dying thinking of Christopher Hitchens!”) The fact that his coronary occurred in the shower suggests that “in our human habitations the bathroom is, apart from anything else, a place of fear, it is where we are naked and unprotected. That is why American films choose the bathroom as an emblematic theme of horror.”

Reflexively, his mind tracks toward the themes that preoccupy him: death (“It was kitsch to die in the autumn, along with everything else. With the leaves”), language, exile, grief, identity, consciousness, the war in Bosnia — and, most important, memory. He shares a hospital room with an elderly man who speaks to his adoring, uncomprehending family in a few remembered words of his native Slovak: “As though now, close to death, the old man was preparing to face death in his own language.” 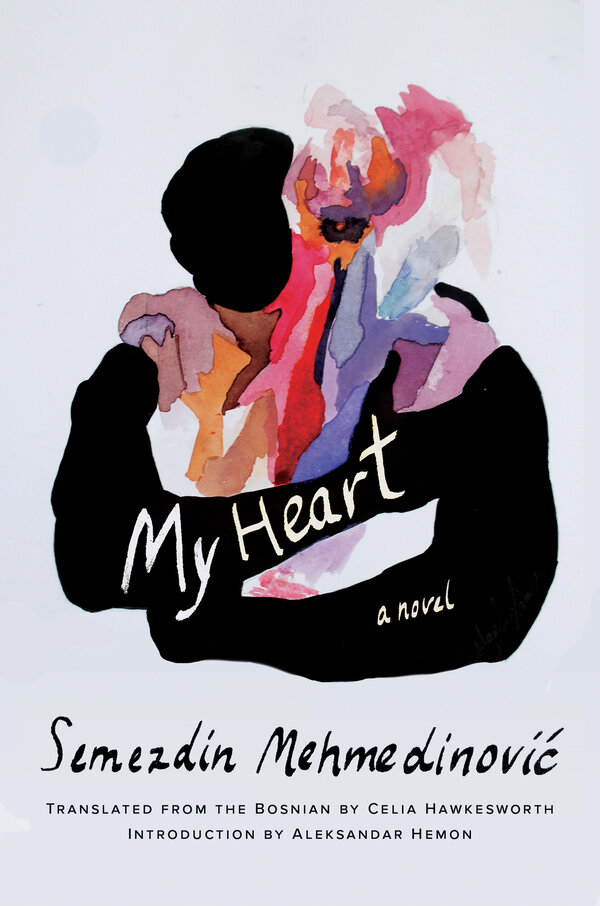 Mehmedinovic is alarmed to learn that a possible side effect of his medication is memory loss. “Forgetting doesn’t kill you,” the cardiologist says. The patient isn’t convinced. “If I forget everything, my whole life, if I can’t recognize my child’s face, if I forget my own name, isn’t that the same as dying?” Mehmedinovic asks. The unease that this conversation stirs inspires him to “be in the company of a person with whom I had shared a lot of time in the past, so as to compare our memories of the same events.”

That person is Harun, who lives in Arizona. Mehmedinovic joins him there, in the book’s second section, and they make an unsatisfactory pilgrimage to their first apartment in the United States: “We remember the place where we once lived, but it doesn’t remember us.” They take a road trip through the desert, where Harun photographs the landscape at night and his father ponders the mysteries of their relationship. “We both have frequent attacks of melancholy,” Mehmedinovic writes. “Our gloom is a consequence of the war. … But when I remind you of an event from the war, your memory becomes unreliable and vague.”

“Your reasons are understandable,” he adds later. “I envy you that, because my most intense memories are of events I would gladly forget.”

His anxieties about memory loss only escalate in the third section. Sanja has a health emergency of her own, a stroke, and initially forgets everything but her husband’s name. “She’s forgotten me,” Mehmedinovic thinks. “But then her face experienced a total transformation, she looked at me as though she had saved me from nonexistence, or as though she had just given birth to me, and with an expression of the purest love she said: ‘Semezdin, my Semezdin.’ And that was the moment when my name filled with meaning. I was her Semezdin. That is my love story, and my whole life.” Though that bond never frays, Sanja’s memory is irreparably damaged. She doesn’t know what year it is, doesn’t recognize their home. As this “tragic event increases our inner strength and our capacity for love,” Mehmedinovic falls in love, all over again, this time with a new version of Sanja: a woman who asks if the molecules of water in the body of a squirrel they see were once in the body of Leonardo da Vinci. “She’s become highly entertaining company,” he observes.

Though it deals with tragedy, “My Heart” is never depressing, partly because of the beauty of the language — expertly translated from the Bosnian by Celia Hawkesworth — and partly because of its depth and honesty of emotion, its intelligence and generosity of spirit, and the precision and originality of Mehmedinovic’s observations. Camping out in the desert with his son, he wakes one morning to a gorgeous landscape and muses, “We ought to ask ourselves again and constantly: Why fill our lives with such effort and torment, when we know that we will be here only once and when we have such a brief and unrepeatable time in this indescribably beautiful world?” By the time we’ve finished this powerful, at once profound and charming book, we’ve been thoroughly persuaded.

The Book That Taught Tammy Duckworth How to Mummify Human Remains