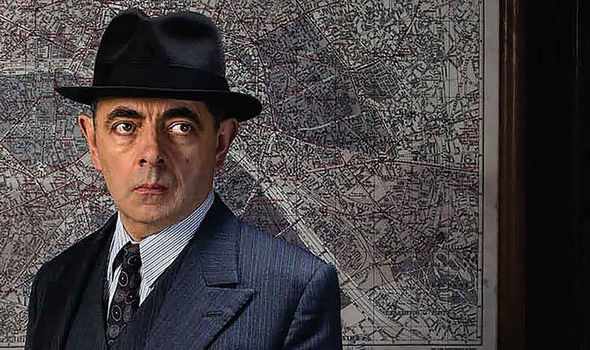 When Rowan Atkinson took on the role of the legendary pipe smoking French detective Jules Maigret for television, he claimed part of the attraction was playing a “very ordinary man”. Weighed against outlandish characters such as Mr Bean and Edmund Blackadder, the brilliant detective may have seemed positively normal. In fact, there is very little that is ordinary about the combination of the sharp-as-atack sleuth and the seedy glamour of 1950s Paris. It has proven irresistible to readers, viewers and actors alike for 90 years.

Nor was there anything ordinary about Maigret’s creator Georges Simenon, whose complex character is still being puzzled over today even as his fictional Parisian commissioner enjoys a new surge of interest.

Atkinson, a big fan of the Belgian author, was eager to join Michael Gambon, Richard Harris, Rupert Davies and Charles Laughton on the list of actors who have played Maigret, and no wonder since more than 500 million Maigret books have been sold since the first, Pietr the Latvian, was published in 1931.

Maigret may have been Simenon’s greatest literary creation, but the pensive and brilliant detective appeared to be about as different from his creator as possible.

While Maigret was happily married, monogamous, burly, and implacable, Simenon was slight, nervous, swathed in controversy, and once claimed he had slept with some 10,000 women.

And yet his son John, who inherited control of the literary estate after his father died in 1989, aged 86, has little time for the conventional view that Maigret was everything his father was not.

“My father and Maigret were twins,” he insists, “Although they did not look alike, in terms of the inner person, my father was definitely very close to Maigret. They understood one another without having to speak.

Playground Entertainment, the TV giant behind Wolf Hall and Howards End, has just signed a deal to bring Maigret back to our screens. A limited edition re-release on DVD of the classic first major BBC television adaptation from the early 1960s sold out immediately.

It will be available again in October. Penguin, meanwhile, has been republishing the novels with modern translations, and a new short story collection, Death Threats, which contains some tales never before translated into English, is published on September 2.

The enduring success of the Maigret books is down to the fact that they were driven by complex characters rather than plot.

John Simenon believes his father was one of the first crime writers to do this and set a template that many would follow.

“I think the public is drawn more and more to stories that talk about characters, even if they are crime stories, or thrillers, but they are driven by character rather than plot,” he says.

“The later Maigret books of my father, well, there is virtually no plot whatsoever. It is just a man meandering through life, through characters, and a reflection on those characters.”

Many of the people we see through the eyes of Maigret are deeply flawed, trapped by their own foibles. Like Simenon himself, perhaps?

John believes his father did not accept the concept of “free will” and, instead, was convinced our behaviour is dictated by “biology”, or what we now call DNA.

That, says John, is why neither the author, nor his creation, sat in judgment on his fellow man. “How can you judge, how can you pass moral judgment on people, if their behaviour depends so much on biology?

“We are all capable of being good and evil at the same time. In many modern crime novels we see the villain as the incarnation of pure evil. That concept is very alien to my father,” he says.

“It is just circumstances, you know, that will create a situation where we may find ourselves going one way or the other. Fortunately, culture and society are there to try and prevent us from going the wrong way and they succeed most of the time.”

Cynics might be tempted to think this “biological” stance was a convenient one to excuse Simenon’s busy sex life.

Born in 1903 in Liege, Georges Simenon had a conventional if stifling upbringing, with an insurance clerk father and a mother with whom he had a tortured relationship that dogged his life and literature.

After a brief stint as a journalist on a local he turned his hand to fiction, churning out hundreds of books and short stories before hitting gold with the creation of Jules Maigret in 1929.

Living in France during the war, Simenon kept a low profile. In the wake of the German defeat, the author was dogged with allegations of collaboration and subsequently moved to the US with his first wife, Regine, who he had married in 1923, and their son Marc.

The marriage did not last. The author fell in love with his secretary, French-Canadian Denyse Ouimet, and they had two sons, including John, and a daughter Marie-Jo.

After he secured a divorce from Regine, Georges and Denyse eventually married and both families returned to Europe around 1955.

The move would not save the second marriage. Denyse would eventually write a book of her own, translated as “A Bird for the Cat”, because she accused Simenon of treating her like his prey.

Simenon, by most accounts, moved onto a woman called Teresa who would remain his companion until his death, in Lausanne, Switzerland.

The author suffered more heart-ache when his beloved daughter Marie-Jo took her life, aged 25, in 1978 while she was being treated by a psychiatric clinic.

The death would later be the subject of a play, Murder In Paris, which explored Marie-Jo’s apparent infatuation with her famous father.

Simenon admitted that: “One never recovers from the loss of a daughter one has cherished. It leaves a void that nothing can fill.”

But son John rejects the suggestion that his father led an unconventional personal life, or that his sister paid the price.

“There was an angry separation between my father and mother, but there was nothing extraordinary or scandalous about it,” he explains.

“Marie-Jo was a young, young girl. So I think that can explain quite a lot. It’s public knowledge that my mother was quite understandable mentally. And these things evolve. They can evolve positively and negatively.

“In the case of my mother it was negative. I think that explains why my sister suffered.”

John believes his father had a close and loving relationship with his own father but not his mother.

He witnessed this first hand when his grandmother Henriette visited Georges Simenon in Switzerland. “Out of pride, she could never accept whatever he could give her as proof of love. When he sent her money, for example. She returned all the money to him,” says John.

“If you are a son… and this is something your mother does to you, you feel deeply hurt.”

However, John does not believe his father’s difficult relationship with his mother explained his apparently conflicted approach to women.

“His emotional life was very stable,” he insists. “Four women counted in his life. They never overlapped. Separately, there was a sexual urge that he satisfied in away that was allowed in those days.”

As a new generation discovers Maigret, it is clear John Simenon, now 71, is still coming to terms with the legacy of his parents.

He says: “We were brought up to make our own decisions. But I also realised there were circumstances where if I was not careful I could find myself in a situation I would not be able to control: where you are caught up in anger. You can completely lose control.

“I would love to have a discussion with my father about this, because I have the feeling that my decisions are not far from the ones he would have made in the same situation.

“You know, the apple doesn’t fall far from the tree.”

Maigret: The Complete Series is rereleased on Blu-ray and DVD October 25. Death Threats and Other Stories by George Simenon is published by Penguin on September 2.