Fleishman is in Trouble 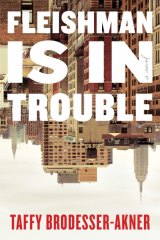 Toby Fleishman is a New York hepatologist in his early 40s with two children, a mild eating disorder, an over-supply of eager female strangers on his overheated dating app, and a wife, Rachel, with whom he is in the process of splitting up. After going on a yoga retreat, Rachel disappears. This is a very New York book, right down to everyone’s obsession with their weight and their hair. Toby’s story is told by his friend Libby, a narrator who makes only the occasional direct appearance until late in the book. Libby is apparently taking Toby’s side in the breakup, but, as so often in fiction, not all is as it seems. Taffy Brodesser-Akner leaves it a little late to remind us of this, and the shift requires an awkward, sticky gear change in empathy, but this is still a clever, insightful, and often very funny novel about marriage, wealth, ambition, and much else besides. 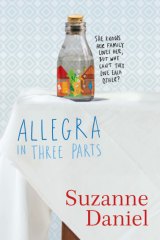 In suburban Sydney, in the 1970s, Allegra is 11 and lives with her Hungarian maternal grandmother. Her father lives in a flat over the garage, and her other grandmother lives next door. She knows that her mother died years ago, but she doesn’t know why, any more than she knows the reason for the twanging tension and hostility among the three adults. Suzanne Daniel adroitly manages the timing of the inevitable crisis, as well as the slow reveal about the family’s history. The novel paints a picture both nostalgic and alarming of women’s lives and feminist activism in the 1970s and pays homage to the fearless women, including iconic feminist Anne Summers, who established Australia’s first women’s refuge. This novel is not being marketed as young-adult fiction, but I’d give it to any teenage girl as recommended reading. 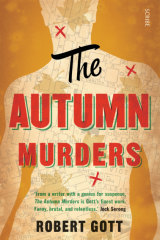 The third in a series, following on from The Holiday Murders and The Port Fairy Murders, this new novel from Robert Gott is set in wartime Melbourne and down along Victoria’s south-west coast. It picks up threads from the two previous books, featuring Inspector Titus Lambert of Homicide and two of his department’s most promising characters, Detective Joe Sable and Constable Helen Lord, as well as the floridly psychopathic sadist George Starling. While a little cluttered with back-story, this is a pacy novel with a startling body count and a high level of gruesome, graphic violence and gore. Most lovers of crime fiction are immune to both of these things, but readers might appreciate the warning. Gott does the wartime setting well, tying it in with the Joe Sable sub-plot, and the ending nicely sets up for the next book in this series. 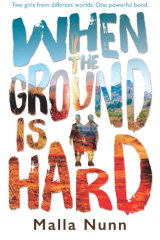 When the Ground is Hard

Keziah Christian Academy in Swaziland is a school exclusively for mixed-race children, and Adele Joubert at 16 has been taught both there and at home that she must be a people-pleaser. But then she is displaced from her friendship group when things change at school, and is thrown together with Lottie Diamond the Scottish-Jewish-Zulu outcast. Lottie has no money and no status, but is independent, clever, and fearless, qualities that come to stand both her and Adele in good stead. This novel for young adults is an eye-opening take on questions of class, money, and race, and the ways in which they intersect in everyone’s lives. The re-education of Adele is skilfully managed, as are the development of a genuine friendship, the disquieting representation of ruthless schoolyard politics, and the disturbing representation of the restrictions on women’s lives.