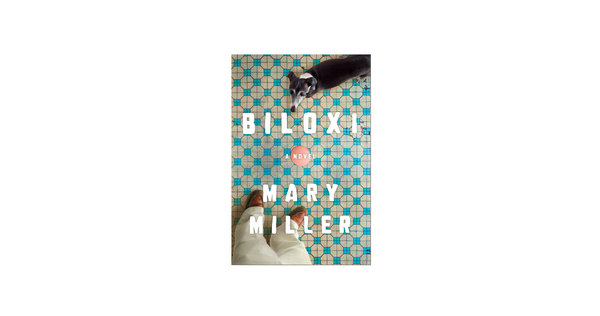 Miller’s first novel, the brilliantly absurd “The Last Days of California,” relayed the story of a zealous Alabama family taking a road trip to the rapture. In her follow-up effort, she tackles the story of Louis McDonald Jr., a splenetic, divorced 63-year-old Mississippi slob who has cavalierly quit his job in the expectation of a big inheritance that may not be coming. One day he impulsively stops at a house offering “free dogs” and adopts grumpy mixed-breed Layla, to whom he vents his pique as he tosses her slices of bologna on the kitchen floor.

Louis’s mind is a leaking sieve of grievance that yields bitterness toward his ex-wife, indifference to his daughter and the affronted conviction that people should just leave him the hell alone. You can almost feel him melding into his lounge chair as he absently watches Fox News, lusts for a neighbor’s wife and gorges on Doritos. But he’s a human car crash you have to pull over and watch. His life, a hamster wheel of grotesque food (his diet consists of chain restaurant leftovers, along with pancakes and Pepsi at the local IHOP), dog turds, sloth and grudges, somehow manages to elicit empathy. Because at some point haven’t we all sat snacking and staring aimlessly at the television, convinced that no one loves us?

Miller is a master of deadpan observation (“There was simply too much information available in the world and I missed living in a state of ignorance without having to apologize for it”), and the result is a novel that’s insightful, sad, touching and also deeply uncomfortable — a biography of the love child of Eleanor Rigby and George Costanza. Unfortunately, Miller can’t resist the impulse to tie Louis’s messy tangle of woebegone threads into a tidy, mawkish bow. His hasty epiphany in the final pages feels like just another piece of bologna tossed on the kitchen floor.

“It seems to me that your oldest friends can offer a glimpse of who you were from a time before you had a sense of yourself and that’s what I’m after.” So declares May Attaway, a diffident professional gardener who undertakes four road trips to see fallen-away girlfriends in hopes of discovering not who she was but how she’s become who she is.

May’s droll commentary sometimes crackles with wit (“One woman with well-cut hair, stylish glasses and trendy jeans stood with us for longer than I expected. I was sure she had a sofa at home she was very proud of”), though most of it is composed of literary factoids: The term “living room” originated in Ladies’ Home Journal; Emerson felt Thoreau was a bad houseguest. Who knew? Who cares? Kane’s novel is landfilled with such highbrow trivia as May’s life of quiet desperation plods on, page after page, the road trip you wish would just end.

Reclusive and standoffish, May is a woman whose connections with plants have prevented her from making connections with people. So when we’re supposed to revel in her discovery of an ancient yew tree in Scotland, which she experiences in almost spiritual terms, her joy feels as unknowable as she is. Once back home, she throws a big party, which is evidently meant to demonstrate that she’s been pulled out of her shell: She’s now serving cake to neighborhood kids and considering dating the restaurateur who sends her moony postcards. There’s just one problem: She still seems like the dour misanthrope who first packed her bags.

May comes off as an affable houseguest, but her wan geniality mainly results from lack of effort — she can’t be bothered to get angry when her luggage is lost or when a developer threatens to destroy an idyllic dell. It’s difficult to construct a compelling narrative around a heroine whose motto appears to be “Whatever.”

HOME FOR ERRING AND OUTCAST GIRLS

The Berachah Industrial Home for the Redemption of Erring Girls was a real-life Texas almshouse for “fallen” young ladies at the turn of the 20th century. Kibler’s novel rotates among the stories of spitfire Lizzie, who has clawed her way out of the gutter to protect her daughter; fragile Mattie, who has lost her sickly child; and Cate, a modern-day librarian with her own tortured past who becomes obsessed with the Berachah story.

Cate and these two downtrodden women — and even the haughty “sisters” of the Home, who herd their enervated flock onto the path of righteousness through a relentless drumbeat of prayer and piety — endure tragedy at the hands of cruel parents and predatory men. They suffer, they grieve, they try to withdraw from life, until they finally just square their shoulders and get on with it. If Kibler has one theme, it’s the formidable resilience of women.

The novel is so rich in detail it becomes almost mundane, but these wounded birds still make you root for them. The Home is an oasis plopped in the midst of the dusty Texas plains, and Kibler’s account of its inhabitants, their doomed histories and the lifeboat into which they are all crammed is a rich saga of plucky women pulled back from the brink. But when the narrative moves to Cate’s high school days in the 1990s and then to her current, eremitic life, Kibler takes her foot off the gas and coasts. The revelation of Cate’s teenage secret lands as a left-field jolt, a disingenuous turn so jarring I had to go back and flip pages to see where I’d missed the clues.

Lizzie’s story, gruesome and hellish, is at times hard to endure, but it serves as a testament to the awesome power of a mother’s love. Yet the true gem turns out to be Mattie, who breaks the Home’s chain of dependency to undertake a thrilling journey of self-discovery in Oklahoma City. It’s like watching a wild Texas rose, battered by storms, bloom again in the spring.

Michael Callahan’s most recent novel is “The Night She Won Miss America.”

'Stately and plump' – but what else? In search of the real Buck Mulligan