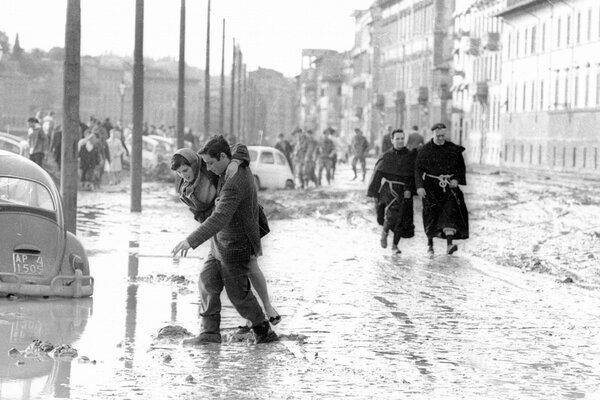 Historical fiction hits closest to the bone when it illuminates what we know to be true: that we move through capital-H History, but in each moment, the spotlight shines brightest on the unremarkable details of our own lives. Momentous events occur, and sometimes we’re caught up in them, but we are — simultaneously, inescapably — the main characters in our own stories. Sarah Winman’s sweeping “Still Life” is a parade of small stories, intimate connections and complex characters whose lives illuminate the tedium and cataclysms of the 20th century.

Ulysses Temper is the modest, searching, wandering protagonist. (We’re told early that he’s named after a winning greyhound, but sometimes a cigar is not just a cigar.) We meet him as a young soldier in Italy in 1944; almost immediately he crosses paths with Evelyn Skinner, a 64-year-old lover of life and an enthusiastic art historian. She imparts life-changing wisdom about love and art and the city of Florence. Their paths diverge, and he takes her words with him back to London, where he resumes working at a pub. Soon enough, Ulysses and his makeshift family — his ex-wife’s young daughter, Alys; his friend Cress; and a talking parrot named Claude — move to Italy, where Ulysses has inherited a large apartment that they convert into a thriving pensione. Cress, who was able to communicate with trees in London, can also communicate with trees in Italy.

It’s hard to encompass all that happens in this whopper of a book, partly because it spans four decades (and more than 450 pages), but even more so because much of it is just the stuff of life, suffused with copious dialogue so casual and idiomatic that it almost subverts its own demand for attention. Ulysses’ wife, Peg, falls in love with another soldier; she gets pregnant. Ulysses continues to love Peg and eventually raises the child on his own, since Peg is not fit for motherhood. One character finds love in his golden years. Another finds love early, and nothing else compares. During the war, Ulysses saved a life in Florence. Some years later, he is repaid for his kindness.

Grief and Geology Both Take Time in ‘The Book of Unconformities’

The best philosophy? Have lots of sex!