Did the Ancient Britons invent the hot tub?: Archaeologist and farmer turned author unearths the watery wonders of Britain’s ‘Holy Land’ the Fens

If I had a fiver for every time somebody told me that the Fens were “very flat and boring”,’ says Frances Pryor, ‘then I would be a very rich man.’

But as both an archaeologist and a sheep farmer, 74-year-old Pryor has spent a lifetime unearthing the watery wonders of Britain’s ‘most distinctive, fragile and ultimately man-made landscape’.

Occupying around 1,500 square miles of Lincolnshire, Cambridgeshire and Norfolk wetlands, the Fens have long been regarded as ‘the Holy Land of the English’ because of the extraordinary medieval monasteries, churches and cathedrals found there. 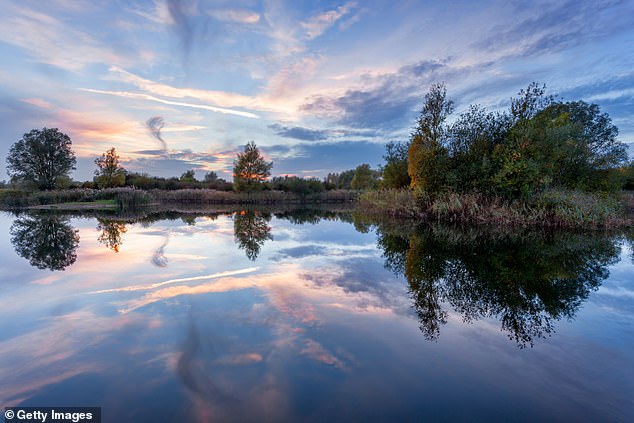 English Holy Land: The Fens. This is a 1,500 square mile area in Lincolnshire, Cambridgeshire and Norfolk wetlands, that is filled with medieval monasteries, churches and cathedrals

But Pryor believes that the sites of these Christian structures had spiritual significance for prehistoric people.

The views from hills on which many are built would have elevated the ancient soul just as they help us find peace and perspective today.

The waters of the Fens would have seemed even more magical as ‘the mirror and prism of life’. In a world full of plate glass, mirrors and camera-phones, we forget water’s power as a reflective surface. But ancient people would have seen their own faces only in pools.

The element that allowed vanity, or self-reflection, was also a real danger. Lean in too close and you will drown.

Worshipping water as the gateway between life and death, the Fens’ earliest inhabitants placed offerings to the dead into the water. 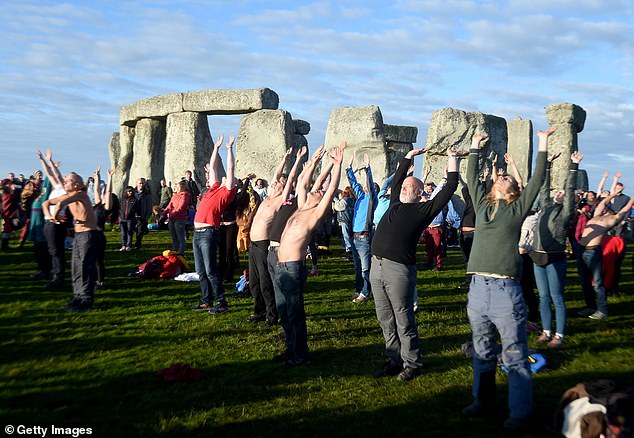 The views from the hills on which many are built would have elevated the ancient soul, argues the books author Francis Pryor, which could explain the positioning. (Pictured: Stone Henge in Amesbury during the summer solstice. It is built in an area of flat land with views all around)

At Flag Fen (East of Peterborough), Pryor excavated many fragments of Iron Age sword. Because hilts had been carefully separated from blades and were discovered within a couple of square metres, he believes they were left as ancestral tributes and not discarded in battle.

Pryor believes the Arthurian legend of Excalibur dates back to the period: ‘when swords were not beaten out by iron smiths but were cast in stone moulds — hence Arthur’s removal of the sword from the stone.’

Sometimes these moulds were made in the form of pregnant women, meaning it’s not a great leap to imagine the weapons being ‘born’, named and disposed of with due reverence.

But weapons weren’t a big part of Fenland life. Pryor is more focused on the daily, domestic routine of the early Fenlanders.

Laughing at the idea that Britain’s pre-Roman population was simplistic, he describes the Saxon version of piping (a kind of buried brushwork) that helped drain boggy land for farming. 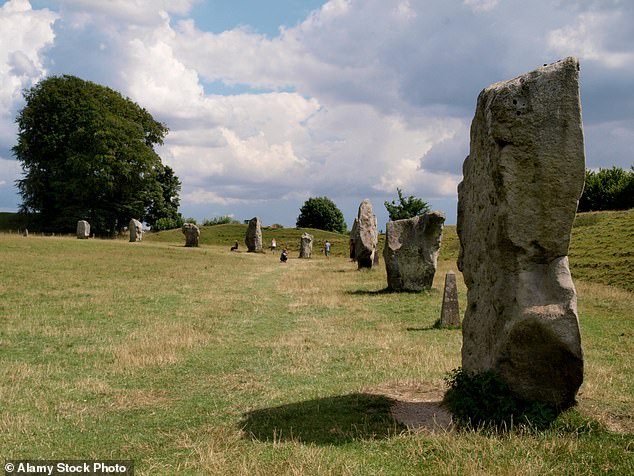 Pryor, 74, an archaeologist and a farmer also said that he believes the legend of King Arthur stems from the period when swords were made by pouring molten metal into stone moulds. (Pictured: The stone circles at Avesbury, Wiltshire)

He explains how birch bark was used for soft matting inside huts and sophisticated basketwork traps were set to catch fish and eels.

You can’t write about prehistoric life in ancient wetland without considering boats and Pryor reveals early British vessels to be far more gracefully engineered than ‘the kind of thick-walled, tree-trunk shaped things you might see being enthusiastically paddled in The Flintstones’.

Interestingly, he believes that ancient people stored their log boats underwater to prevent the oak splitting in the sun.

In 2011 eight logboats were found at Must Farm (at Whittlesea, Cambridgeshire) dating back to around 1750 BC. Some had clearly been intentionally submerged.

Ancient Fenlanders had fun with the water too. Some archaeologists believe that wooden tanks were heated with large stones to create bathing pools and saunas, while Pryor suspects they were used for brewing beer.

It’s amazing how much has been preserved by the unique environment. Experts have been able to prove that boundary posts buried in Lincolnshire between 457BC and 200BC were all made from trees felled in years when the moon was in lunar eclipse. As these eclipses would not all have been visible from Lincolnshire, paleo-astronomers conclude those people had a more sophisticated knowledge of astronomical cycles than was once thought. 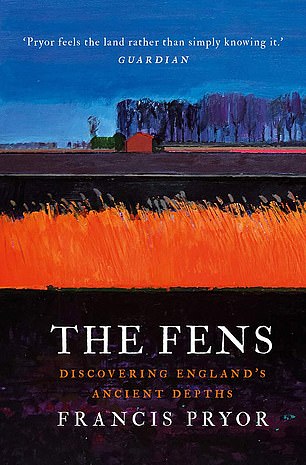 He makes you feel the elemental romance of the moon on the water. And he makes you ache for a landscape that we are going to lose as sea levels rise. ‘We are beginning to appreciate the extent of irreversible change that the wholesale drainage of the 1850s and 1970s has caused,’ concludes Pryor, whose study floor is only about two metres above sea level. An average high tide would wet our bed, upstairs,’ he says. And yet, people are still regularly granted planning permission by local authorities to build bungalows.

‘In many respects, the story of the Fens — an area I have grown to love and cherish — could be the story of Britain, past, present and future.

‘We take the future for granted. But now I think the time has come to be more mature: we must learn from the people of Holland and other low-lying regions; we can’t afford to turn our backs on them.

‘In a world that is increasingly threatened by global warming and rising sea levels we must have the humility to co-operate and pool our experiences and knowledge.

‘If we British head off in one direction, motivated by a false understanding of our own history, largely based on naively optimistic, rose-tinted nostalgia, we are unlikely to find our way back, alive.’

9 Books to Watch For in December