On Nov. 12, 2018, Avi Loeb, then the chairman of the astronomy department at Harvard, and a young research associate, Shmuel Bialy, published a paper in the highly prestigious Astrophysical Journal Letters arguing that humans may have discovered the first evidence of alien technology in the form of a mysterious object called Oumuamua that had streaked through the solar system the previous fall.

Reporters flocked to his door. I was not one of them, because I thought the claim was clever and bold, but far-fetched, and I still do, much as I wish it were true. Few of his scientific colleagues agree with him, as Loeb will be the first to tell you in his new book, “Extraterrestrial,” which is part graceful memoir and part plea for keeping an open mind about the possibilities of what is out there in the universe — in particular, life. Otherwise, he says, we might miss something amazing, like the church officials in the 17th century who refused to look through Galileo’s telescope.

“Are we, both scientists and lay people, ready?” he asks in his introduction. “Is human civilization ready to confront what follows our accepting the plausible conclusion, arrived at through evidence-backed hypotheses, that terrestrial life isn’t unique and perhaps not even particularly impressive? I fear the answer is no, and that prevailing prejudice is a cause for concern.”

Oumuamua — Hawaiian for “scout” — was first noticed by a telescope on the island of Maui on Oct. 19, 2017, when it was already on its way out of the solar system, having passed closest to the sun a month before. It had come from outside the solar system, from the direction of the star Vega.

Nobody ever got a picture of the object, but from how its brightness varied as it apparently tumbled, astrophysicists were able to deduce that it was about a quarter-mile across and at least five to 10 times longer than it was wide. An artist’s interpretation of reddish, cigar-shaped rock was widely reproduced. Based on some surprising herky-jerky motions as it departed our realm, astronomers concluded that Oumuamua was a weird comet. Such objects often get accelerated by jets of evaporating gases on their surface, although in this case no evaporating gases were detected.

But Loeb argues that it is no more preposterous to suppose that Oumuamua was a lightsail, a thin material that gets its propulsive boost from sunlight or starlight, either launched in our direction or anchored like a buoy in space, where we ran into it on our planet’s travel around the galaxy. In which case the age-old question — are we alone in the universe? — has been answered. 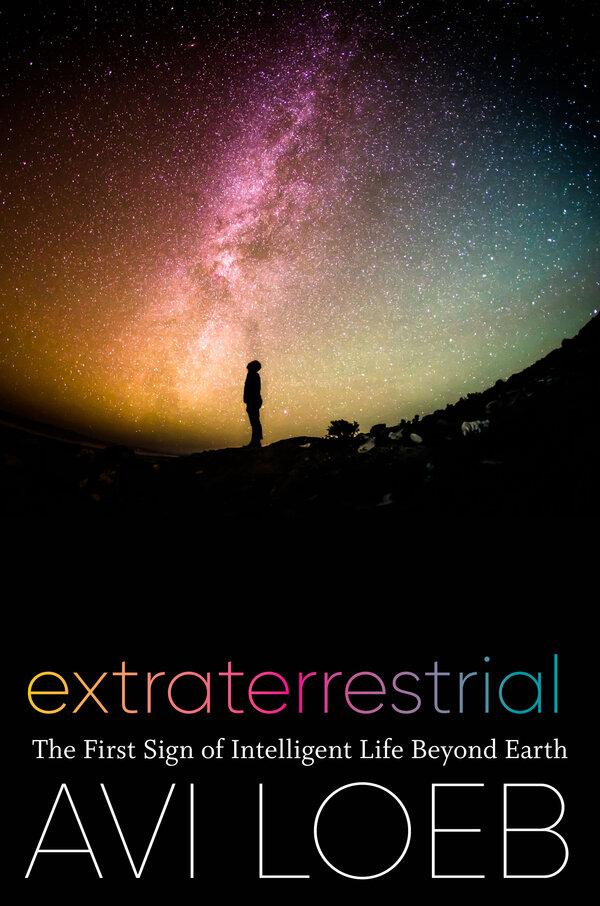 Shades of Arthur C. Clarke’s novel “Rendezvous With Rama,” in which a rogue asteroid turns out to be a spaceship; indeed, radio astronomers trained their antennas on Oumuamua, but heard nothing.

It is fair to say that Loeb, who was raised with a philosophical bent on a farm in Israel, the son of refugees from the Holocaust and war-torn Europe, is one of the more imaginative and articulate scientists around. He writes frequently for Scientific American and fires off papers on a wide range of subjects — from cosmology to black holes to the desirability of inspecting exoplanet atmospheres for signs of industrial pollution or even nuclear war. He is chair of the Black Hole Initiative at Harvard and, more to the point, chair of the scientific advisory committee for Breakthrough Starshot, a grandly ambitious scheme to send tiny probes to Alpha Centauri, propelled to one-fifth the speed of light by lasers shining on lightsails.

The Starshot scheme, bankrolled by the Russian internet billionaire and philanthropist Yuri Milner, had been announced only a year and a half before Oumuamua was discovered. It was natural for Loeb to think that great minds across the universe might have thought alike. It sounds crazy but there is a larger point he has to make, one well worth making and reading.

Central to his argument is what he calls the “Oumuamua wager,” a takeoff on Pascal’s famous wager, that the upside of believing in God far outweighs the downside. Likewise, believing that Oumuamua could have been an alien spacecraft can only make us more alert and receptive to thinking outside the box. As Louis Pasteur said, “Chance favors the prepared mind.”

“If we dare to wager that Oumuamua was a piece of advanced extraterrestrial technology, we stand only to gain,” Loeb writes. “Whether it prompts us to methodically search the universe for signs of life or to undertake more ambitious projects, placing an optimistic bet could have a transformative effect on our civilization.” Imagine, for example, lightsails equipped with copies of human DNA placed around a star that would one day explode, sending them riding on a flash of light across the galaxy. It would take millions of years to set up, but what is a million years in the 10-billion-year life of the Milky Way?

He goes on, “When I think of this familiar technology in that way, a lightsail tumbling in sunlight resembles nothing so much as the wings of a dandelion seed sent off by the wind to fertilize virgin soil.”

Modern academic science, he complains, has overvalued topics such as multiple dimensions and multiple universes, for which there is no evidence, and undervalued the search for life out there, not just in the form of extraterrestrial radio signals but in the form of chemical “biosignatures,” or even technological artifacts — such as, Loeb believes, Oumuamua. We could try harder, he writes. The discovery of alien life would be the greatest discovery in the history of science.

As he writes toward the end of this half memoir, half soaring monologue: “But the moment we know that we are not alone, that we are almost certainly not the most advanced civilization ever to have existed in the cosmos, we will realize that we’ve spent more funds developing the means to destroy all life on the planet than it would have cost to preserve it.”